Senior police officials and politicians, including President Jacob Zuma, were found to have distorted data on the numbers of unrest incidents and public protests in South Africa, an analysis of police records has shown.

A preliminary analysis of South African police data on crowd incidents authored by Prof Peter Alexander, Dr Carin Runciman and me at the South African Research Chair in Social Change at the University of Johannesburg, indicates that peaceful protests are often conflated with “unrest” incidents.

The report was based on data derived from the police’s Incidents Registration Information System (IRIS). The IRIS database is used to record “crowd management incidents”, which includes various types of “incidents” which Public Order Policing (POP) units are called to attend to.

These incidents are then classified as either “crowd (peaceful)” or “crowd (unrest)”. The distinction between “peaceful” and “unrest” incidents is made, depending on whether or not the police were called on to intervene during the gathering.

Incidents are defined as “peaceful” if the police do not intervene and as “unrest” if there was some form of intervention by POP members – such as arrests, dispersals, push-backs or the opening of criminal cases.

The key point here is that the classification of incidents is based not on the actions of the members of the public but of the police.

Crucially, the report found that the events recorded as “incidents” by the police system are not all protests and that the classification of an incident as “unrest” does not necessarily imply that violence took place.

Officials are clear that the IRIS database was never intended to record protests, as such, but all incidents attended and recorded by POP members. While this does include protests, incidents in the IRIS database include sports matches, concerts, gatherings and election rallies. And even incidents classified as “unrest” are classified as a result of police intervention, not necessarily indicative of the participants’ actions.

Police and politicians distort the figures

Unfortunately, politicians and senior police officials have ignored these nuances and thus distorted the figures.

Take, for instance, a presentation given to Parliament’s police portfolio committee by Lieutenant-General Elias Mawela divisional commissioner responsible for POP and South Africa’s police commissioner, General Riah Phiyega, in September 2014, seeking approval for a total of R3.3 billion to be provided over the next four years in new, additional funding – on top of POP’s annual budget, currently R2.7 billion.

However, our research found that the figures he referred to are actually crowd (unrest) incidents – as recorded in IRIS and shown in the SAPS annual reports. And, as I say, these incidents were neither all protests nor all violent.

Meanwhile, in his State of the Nation address on the 12 February 2015, President Jacob Zuma commended police for bringing “successfully under control 13,575 recorded public order incidents.”

This is inaccurate as the IRIS records show, the majority of these incidents were peaceful and did not have to be “brought under control” in the first place.

Then there was the claim made by the police minister, Nkosinathi Nhleko, on 15 May 2015 that police resources are being “strained” by protests.

During his speech, Nhleko, like Zuma, conflated protests and public order incidents without indicating the difference.

Our report notes that this “official discourse” may have the effect of stigmatising all protests as violent and consequently “has implications for criminalisation of the right to protest.”

The authors of the report make no claim to provide whole explanations for these findings, and in fact pose more questions. They include: why is the IRIS data misused by prominent figures in this way? Is the true picture being distorted in order to persuade parliament to approve a budget increase? And what implications does this all have for the right to protest in the future?

Boitumelo Maruping is a Master’s student in Industrial Sociology and Senior Research Assistant for the rebellion of the poor project at the South African Research Chair in Social Change, University of Johannesburg. 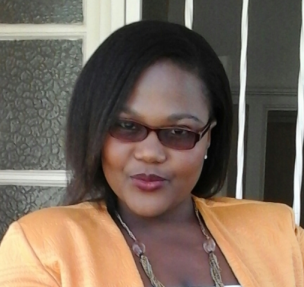