Skip to main content
Back to Africa Check
migration

There is an unfortunate perception that South Africa has more migrants than estimated by Statistics South Africa, with recent reports claiming that 11 million undocumented migrants live in the country.

Stats SA has run three censuses since the start of democratic government in South Africa, with the next census scheduled for 2021. The number of people born outside the country were estimated at 958,188 in Census 1996, 1.03 million in Census 2001 and 2.2 million in Census 2011.

It is important to note that the population census enumerates all people within the borders of South Africa, irrespective of their citizenship or migratory status. The count also includes people living in institutions such as old-age homes and hostels, as well as the homeless population.

As part of the census’s migration module, we ask the province or country of birth, the date they moved to South Africa and their country of citizenship. We don’t ask about the documented status of an individual. It is not the mandate of Stats SA to determine whether people born outside South Africa are documented or not.

After each census, Stats SA conducts a post-enumeration survey. Its main goal is to evaluate the completeness of census coverage and to provide adjustments factors to compensate for any incompleteness.

In the 2011 Census an undercount of 14.6% was observed; the post-enumeration survey allowed adjustments to be made to compensate for this. These measures ensure complete coverage of the population enumerated in South Africa, including migrants.

In analysing the population count, the age and sex structure, and cohort analysis, needs to be considered. Together with this are the demographic factors of fertility and mortality and their specific rates.

While births and deaths are considered the main drivers of population change in some populations, migration – internal and international – continues to be significant. Gauteng is the province with the lowest total fertility rates, but shows the highest population growth rates.

Fertility and mortality are defined and measured through the natural events of birth and death. Migration, however, is more complex because its movements are not universal, may or may not occur, and can occur repeatedly.

No distinction between legal status of foreign-born people

On the basis of data emanating from the census, another key Stats SA product is the mid-year population estimates. The 2018 estimates show that net immigration into South Africa from 2016 to 2021 is likely to be 1.02 million people.

The input data used for the population estimates makes no distinction between the legal status of foreign-born people in South Africa. It must be noted that if assertions about the high number of migrants (such as 11 million) were true, we would notice a spike in death registration in the age groups to which migrants belong (mostly 20 to 39) as well as in births registered to women in these age groups. But this demographic footprint is not noticeable in the most recent birth and death registration data.

So how many migrants are there in South Africa?

Comparison to other data sources and triangulation of data is a statistical practice to add value to existing official statistics.

The United Nations Population Division estimated that in 2015 there were about 3.15 million foreign-born people in South Africa and in 2017 there were 4 million. Similar estimates have been produced by the Global Knowledge Partnership on Migration and Development (KNOMAD) unit of the World Bank.

Using Census 2011 as well as the mid-year population estimates, Stats SA estimates that there are approximately 4 million foreign-born people in South Africa at this point in time. (Note: Data from the 2016 Community Survey has been the subject of a review by Stats SA and will be used to improve future data collection.)

While the metros of Johannesburg and Tshwane show growth at almost double the national rate, this is not exceedingly high for regions in the economic and administrative hub of the country.

A further source of triangulation of data refers to the Zimbabwean special dispensation permit the department of home affairs provided in 2010 to regularise the status of Zimbabweans in South Africa. The 2011 Census took place a year later, and its results - of 672,308 Zimbabweans living in South Africa - were very comparable to that of this initiative.

We are also committed to working with stakeholders to ensure quality data is made available in order for policy to be based on empirical data - and for public discourse to evolve on the same basis. 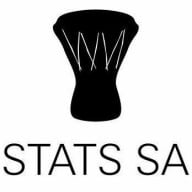 Since 1990, the share of foreign-born workers in South African restaurants has risen from just two in 10 to “almost 100%”, finance minister ...

Working out the exact number of undocumented migrants in South Africa is complex. But the most recent data on the topic does not support the...

Johannesburg mayor Herman Mashaba is a year into his job and trying to make good on election promises to clean up the inner city. Yet differ...

No data shows that 800,000 Nigerians live in South Africa

A South African political party leader’s incorrect claim that 13 million foreign-born migrants live in the country is in part based on a deb...