It should come as no surprise that violent crime remains disturbingly high in South Africa. What is surprising is that there isn’t even more crime and violence, considering how we have dealt with our violent past, that we have increasing poverty and inequality, and have failed as a country to secure confidence in and respect for the rule of law.

On 19 September, the police will present the crime statistics for the 2013/14 financial year.

Using the previous 12 months as a yardstick, we can expect that interpersonal violence and property crime will have affected hundreds of thousands more South Africans.

For some crimes, such as rape, domestic violence, and assault - including assaults against children - the cases recorded are a small fraction of the incidents that actually occur. 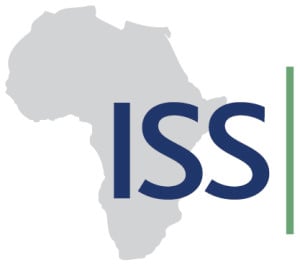 There were 827 children murdered in South Africa in 2012/13. That is more than two a day. Added to that is the 21,575 children who were assaulted, with almost half of those assaults being severe.

In the same year, 2,266 women were murdered, and 141,130 women were victims of attempted murder, assault GBH and common assault. As horrifying as these statistics are, the number of women and children who fell victim to violence is dwarfed by the number of similar attacks on men. In 2012/13 alone, 13,123 men were murdered. At best, half of these cases would have made it to court and not all of those that make it to court result in a guilty verdict and the perpetrator being punished.

There are several consequences of this. With each year that violence remains so prevalent, the number of South Africans who have experienced and witnessed violence increases, and so does the extent of national trauma. This has serious consequences the health system; our ability to work as a nation, and our ability to raise a new generation of safe and healthy children.

But this is only one aspect of the very serious problems we face.

The historical context of crime

We have to look back to our recent history to understand the context for crime and violence in South Africa, and in particular, South Africans’ attitudes to the law, policing and the criminal justice system.

Until 1994 South Africans had little reason to respect the law, and no reason to believe in the rule of law.

During apartheid, not only were many of the laws unjust and intended to entrench white domination, but unfair laws were also applied unfairly. In addition, the security forces, particularly the police, were used by the state to ensure that all South Africans lived in fear of the state, regardless of their race.

The apartheid state was deeply corrupt at all levels, and those who held positions of power, whether as politicians or functionaries, were very seldom called to account before a court for acts of corruption or the abuse of power.

The situation was no different in relation to interpersonal violence and crime. Black men who murdered were more likely to face harsher sentences than white men who murdered, especially if the white murderer’s victim was poor and black. Black women who were raped were less likely to have their cases investigated than cases in which white women were the victims. In this context, who could be expected to have much respect for the law, or the rule of law?

A lack of respect for the law

In 2009, then Constitutional Court Judge Kate O’Regan asked in a paper about justice and reconciliation what the implications were “of the arrest and imprisonment of so many South Africans for deeply unjust reasons over so many years for our modern attempt to establish a shared conception of justice in a constitutional democracy founded on the rule of law?”

She argued that the implications “must, at least in part, be the absence of a deep, value-based commitment to respect for law in our society and deep scepticism about the possibility of justice. The enforcement of unjust laws with the effect of sending hundreds of thousands of people to jail over many years must have weakened any sense that law-breaking or imprisonment are of and in themselves wrongful.”

She warned that developing respect for the law would take time, and concerted effort.

South Africa began that process badly, by not holding to account those who were responsible for gross human rights violations under apartheid. The promise that amnesty would be offered in exchange for the truth, and that failure to apply for amnesty would result in criminal charges, was simply not kept.

We thus entered our new dispensation with impunity entrenched, and so it has remained for those who hold positions of power and influence.

Inequality before the law

While our laws have substantially changed for the better, and our Constitution protects the rights of all South Africans and establishes the principle that all are treated equally before the law, in practice, this has been very difficult to achieve.

For example, it is relatively easy for Oscar Pistorius and Jacob Zuma, and others with access to wealth, to pay for good lawyers, to be driven to court, or to see a psychologist to help them deal with trauma or stress. It is also much easier for a middle-class victim of crime to get to a police station to report their case to the police, insist it be investigated, and follow up to ensure that the case receives attention. These are all necessary for a case to make its way through the criminal justice system.

But these privileges are not available to most of the 650 000 victims of violent crimes each year.

South African attitudes towards the law are demonstrated in small things such as the high number of people who drive without seat belts and who drive under the influence of drugs or alcohol; the many teachers who still beat children at school; police officers who break traffic rules even when it is not necessary; drivers who ignore red traffic lights and so on.

It is difficult to slow this steady erosion of the law when respect for, and confidence in, the institutions of state, including the police, are undermined by the daily experience of citizens in their interactions with the criminal justice system.

Perhaps even more significantly, attempts to change attitudes towards the rule of law are stymied by the disrespect demonstrated for the law and the value of life by the very people responsible for making and enforcing the law.

For as long as those holding political office appear to act with impunity, or cynically use the criminal justice system to dodge very serious allegations of the abuse of power and state resources, we cannot reasonably expect South African citizens to respect the law.

There is an urgent need to develop a coherent programme to prevent and respond to violence. This would need to include at the very least the implementation of evidence-based programmes to support parents; and strategies to reduce inequality.

However, unless those responsible for making and enforcing laws themselves show respect for the rule of law, we have very little chance at succeeding in reducing violence and crime.

A guide to understanding crime statistics in South Africa 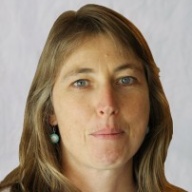