A Spain-based group hired Kenyan influencers to rig Twitter’s trending topic algorithm and spread false information against legislation, according to a new Mozilla Foundation investigation. Here’s why social media platforms must do more to enable honest public debate in the high-stakes 2022 election.

Researchers describe how a Spain-based organisation, CitizenGo, paid Kenyan influencers US$10 to $15 to flood Twitter with misleading or false tweets and graphics in a campaign against two hot-button issues in the country’s parliament.

The Mozilla Foundation is a US-headquartered nonprofit organisation that “works to ensure the internet remains a public resource that is open and accessible to us all”.

According to the research, the operation targeted the reproductive health bill in the country’s senate and the assisted reproductive technology bill in the national assembly, and the public debate around them on social media.

Mozilla says CitizenGo “played an outsized role in steering these Twitter conversations by inserting misinformation and inflammatory rhetoric. And it appears that Twitter’s own trending topics feature acted as an unwitting accomplice, amplifying at least 10 related hashtags."

According to the report, the female lawmakers who sponsored the bills were targeted on social media, as the sock-puppet accounts manufactured online outrage and opposition to the bills.

The "goal of the campaigns … may have been to frustrate any attempts to have factual conversations on the bills”, the report’s author, Odanga Madung, noted, “and to create moral panic around the issues”.

“It is a tactic which is likely to be effective in achieving its goal because matters like teenage sexuality, abortion, and surrogacy are hotly contentious public issues in Kenya. Any calls for honest discussion based on facts are met with misinformation and strident moral arguments,” the report added.

CitizenGo, the group behind the campaign

CitizenGo had publicly opposed those bills, here and here. The group, which defines itself as a “community of active citizens”, was founded in 2013 by Spaniard Ignacio Arsuaga. It has since launched anti-abortion campaigns in the United Kingdom, United States, Spain, Colombia among many other countries.

HazteOir, the group’s Spanish branch, has also initiated controversial petitions regarding transgender rights. For instance, they rallied across Spain’s capital city of Madrid in a bus covered with anti-LGBT slogans, which was later banned by authorities.

The report says “Kenya has been a key target for CitizenGO, given that it is a conservative society that identifies as 85% Christian. Its tactics in Kenya echo its actions in Spain and the rest of the EU”.

“In this way, Kenya may serve as a petri dish for CitizenGO to test out messaging, activities, and tactics throughout the African continent.”

The Mozilla Foundation says it reviewed over 20,000 tweets and had interviews with influencers who gave detailed accounts of how they are recruited to carry out the influence operations—including renting verified accounts with a high following to fool the platform’s trending topics algorithm.

“Hashtags and phrases were part of the media pack given to disinformation influencers via a brief in their WhatsApp groups. Accounts involved in the campaign used the same set of media assets in the tweets or repeated phrases within them,” the report said. Although the researchers claim they were “not able to confirm whether members of CitizenGO itself were in these groups”, they said they found that “CitizenGO’s Africa account participated in seven of the 11 campaigns”.

“Several media assets within the hashtags” also included the group’s branding and logos. In fact, “some of the images that were being used in the campaigns could be found in the Petitions on CGO's website”, said Odanga Madung, the lead researcher.

In 2021, when Mozilla researchers blew the whistle on “disinformation-for-hire” in the East African country, Twitter deleted at least 100 accounts associated with the campaigns for violation of Twitter’s Terms of Service. When the findings of this new research were shared with Twitter in February 2022, at least 240 accounts were deleted.

The allure of these services is pegged on their surreptitious nature, in which, the clients work through a middleman, according to Madung’, the lead researcher. The payments are made through mobile money platforms. They don’t issue receipts or invoices for services rendered, making it “hard to prove that the payments made were for the purpose they stated”.

Politicians in Kenya use Twitter to campaign, therefore, the finding of the Mozilla research that “Twitter’s trending algorithm is simply too easy to manipulate” is worrying during this electioneering period.

The researchers predict an increase in the disinformation-for-hire services as politicians smear their opponents, or try to manipulate public opinion on key campaign issues ahead of the 2022 elections.

“The platform is a vital avenue of civic engagement and education and can be used to hold public officials accountable. As such, we recommend that Twitter take concrete steps to prevent its trending feature from being manipulated,” the report said.

Foreign-engineered election disinformation is not new. It was reported in the US elections in 2016 and in Kenya’s election in 2017.

Politicians in Africa have also deployed what social media platforms call coordinated inauthentic behaviour to manipulate public opinion. Ahead of Uganda’s 2021 elections, Facebook shut down accounts linked to the ruling party for such behaviour.

On the other hand, in dealing with disinformation and hate-speech on the continent, Twitter has at times had adverse consequences. The platform was banned in Nigeria, when the country’s president threatened to punish regional secessionists. The ban has since been lifted.

What can Twitter do to keep the platform secure from disinformation campaigns? Madung has some ideas.

While Twitter’s footprint in Africa is still nascent, it can heed the calls from civil society actors in Kenya to conduct targeted country-specific risk assessments —to find out where the platform’s rules are being violated on a large scale with the intent of causing real harm to the society and the democracy —and design scalable solutions to mitigate against this.

It will also be helpful, in case of Kenya’s 2022 elections for Twitter to step up its advocacy on digital information literacy. To do so, Twitter may need to increase its in-country capacity, or to partner with independent non-partisan fact-checkers whose work meets the transparency standards as prescribed in the Code of Principles of the International Fact-checking Network.

Facebook yielded to such calls in 2017 with a public media literacy campaign in Kenya and continues to work with fact-checkers. Google also works with fact-checkers to amplify accurate information and conducts public digital literacy training. Fact-checkers have asked YouTube to also join in limiting the spread of false and unverified content.

The Mozilla Foundation recommends that Twitter should “establish dedicated collaborations with in-region researchers, to facilitate greater oversight of, and insight into, the ways in which” the platform “can be a vector for disinformation”. 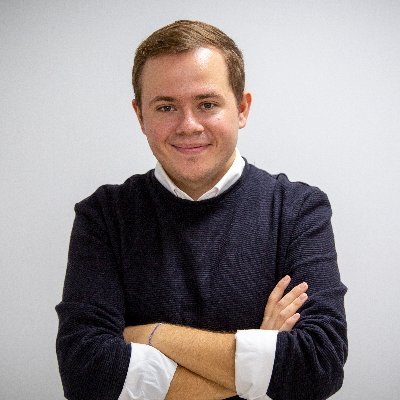 Head of disinformation at Maldita.es

The comparative study is among the first to examine fact-checking effectiveness from a cross-country perspective.