The provision of housing in South Africa was described as one of the country’s biggest challenges in 1994. But what is the situation now? How many houses have been delivered? And how many more are needed? This factsheet  looks at the housing situation in South Africa.

How big is the housing backlog? 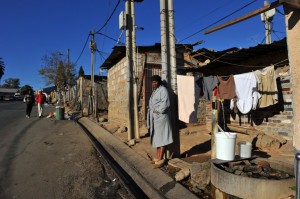 A 1994 housing white paper described providing housing to the South Africa's citizens as one of the greatest challenges facing government. It estimated that the urban housing backlog stood at about 1.5 million houses and that the backlog was growing at a rate of 178,000 units a year.

The 1996 national census revealed that 1.4 million shacks or informal dwellings remained in the country. This represented 16% of the 9-million households in South Africa at the time.
By 2011, the census showed that the number of shacks and informal dwellings had increased to about 1.9-million. However, this then represented about 13% of all households in the country – a decrease of three percentage points since 1996.

How much will it cost to eradicate the backlog?

Following an investigation into the housing situation in South Africa, the Financial and Fiscal Commission (FFC) produced a report titled Exploring Alternative Finance and Policy Options for Effective and Sustainable Delivery of Housing in South Africa.

How many houses are delivered each year?

Between 1994/1995 and December last year, the department of human settlements reported that almost 2.8-million housing units were delivered. 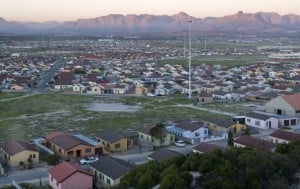 The Constitution states that “[e]veryone has the right to have access to adequate housing” and that the “state must take reasonable legislative and other measures, within its available resources, to achieve the progressive realisation of this right”.

The Housing Act (1997) provides for the facilitation of a sustainable housing development process and lays down the roles, responsibilities and functions of the different spheres of government.

The National Norms and Standards (2007) outlines the minimum physical requirements for standalone dwellings. Each house must have 40m² of floor space, two bedrooms, a separate bathroom with a toilet, a shower and hand basin, and a combined living area and kitchen.

It must also have an electrical board installed that has access to electricity. There are further requirements regarding access to water, sanitation, roads, storm water drains and street lighting.

How is responsibility split between the different tiers of government?

Government’s responsibilities are outlined in the Housing Act.

Broadly, provincial government is required to “promote and facilitate the provision of adequate housing in its province within the framework of national housing policy”. It must coordinate housing development in the province and support municipalities in the performance of their duties.

Municipalities must ensure that the right to housing is progressively realised in their jurisdiction. They must also identify and designate land for housing and ensure that water, sanitation, electricity, roads, storm water drainage and transport are provided.

Is a housing opportunity always a house? 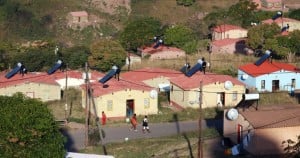 In some cases, housing delivery is reported in housing opportunities and this number may not always equate directly with individual houses. When people receive housing, it may be in a number of forms.

Rental housing includes the upgrading and redevelopment of existing rental units and hostels while social housing provides rental or cooperative housing options for low-income people, broadly defined as those whose household income is below R7 500 a month.

Research conducted by the Socio-Economic Rights Institute of South Africa revealed that the concept of a rational waiting list for housing was a myth.

“Politicians and officials responsible for housing policy in South Africa, at all levels of the state, have sought to create the impression that housing allocation is a rational process, which prioritises those in the greatest need, and those who have been waiting for a subsidised house the longest,” it said.

But the research found that there was no “waiting list” either in the form of a system that allocates houses to people depending on how long they have been on the list, or as a system that takes into consideration special needs or geographical location.

The research found that “[i]nstead there are a range of highly differentiated, and sometimes contradictory, policies and systems in place to respond to housing need”. It noted that the process lacks transparency and is sometimes marred by corruption. - 9/05/2014

Jumping the Queue, Waiting Lists and other Myths: Perceptions and Practice around Housing Demand and Allocation in South Africa, Socio-Economic Rights Institute of South Africa