FACTSHEET: What is slavery?

Chattel slavery – the buying and selling of another person – was outlawed by most countries in the 19th century. Yet, more than 100 years on, slavery persists in most countries, with more than 20-million people thought to be enslaved today. Africa Check looked into the prevalence and politics of  modern slavery. 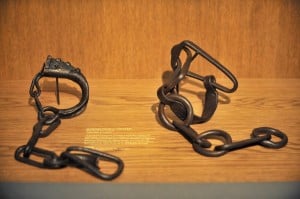 Slavery is defined by Article 1 (1) of the 1926 Slavery Convention as “the status or condition of a person over whom any or all of the powers attaching to the right of ownership are exercised”. The convention further recognises that forced labour can develop “into conditions analogous to slavery”.

The United Nations’ 1956 Supplementary Convention on the Abolition of Slavery lists debt bondage, serfdom, forced marriage and the exploitation of a child or young person for his or her labour as “slavery-like practices”.

The 1930 Forced Labour Convention of the International Labour Organization defines forced labour, one of the forms of modern slavery, as “all work or service that is exacted from any person under the threat of a penalty and for which the person has not offered himself or herself voluntarily”.

Not being subject to forced labour is a fundamental human right and though definitions of forced labour are broad, the ILO considers the following to be indicative of the practice:

How many people are affected?

The ILO estimated in 2012 that 20.9 million people across the globe were victims of forced labour, coerced or deceived into taking jobs that they were unable leave. The estimate includes those subjected to forced labour, human trafficking and commercial sexual exploitation. It does not include forced marriage because, the organisation told Africa Check,  "it [does] not consider this as labour”.

Until recently, the ILO was the only organisation to produce an official global estimate. However, the Australia-based Walk Free Foundation published a Global Slavery Index for the first time in 2013, which supplements the ILO’s figures with those of individuals forced into marriage. The rights organisation put the number of those in slavery at 29.8 million.

How is slavery is measured?

Few countries conduct primary, ground-level research to collect national data on forced labour and trafficking, so hard facts are difficult to come by. As a result, researchers use an “estimation methodology” that relies mainly on secondary sources to derive an estimate of reported and non-reported cases. These sources include media and police reports, non-governmental organisation or trade union research and government data.

The ILO, whose data spans 2002-2011, collected 8,132 reported cases of forced labour across the globe and then checked them to find 7,519 were validated. These were supplemented by the results of four national surveys to form the basis of its estimates.

Walk Free spent almost a decade collecting available data for its slavery index. The study also used national population sample surveys, in which researchers carried out interviews. However, only six countries conducted such surveys, leaving Walk Free to extrapolate the data to the remaining 156 countries it surveyed.

Both organisations then estimated the prevalence of slavery, or the number of victims per thousand inhabitants of a country.

Though the ILO’s estimates are regional rather than country specific, Walk Free’s index puts the number of victims of slavery in South Africa at between 42,000 and 47,000.

Last year the government convicted only one offender and investigated two suspects implicated in child labour. This single conviction is the third prosecution in the country’s history, according to the US Trafficking in Persons Report 2013. Though the report notes that South Africa does not fully comply with the minimum standards for the elimination of trafficking, the  government is thought to be “making significant efforts to do so”.

South Africa has also ratified all of the key ILO conventions and parliament passed anti-trafficking legislation in May last year. The Prevention and Combating of Trafficking in Persons Act 2013 is currently waiting to be signed off by the president.

Meanwhile, the Department of Justice and Constitutional Development’s Victim Support Directorate has been recognised by the US for its work in raising awareness of slavery.  However, the department has no enforcement mandate, which means it cannot prosecute crimes related to slavery.

Organisations outside of government have also contributed to awareness around the issue.

Dr Joel Quirk, senior lecturer at the University of the Witwatersrand and visiting research fellow at Yale University, told Africa Check: “South Africa is quite different [from the rest of Africa]. Civil society has bitten down quite hard on this issue – there are far more NGOs and media representatives [working on the issue] than in other parts of Africa.”

Slavery in Africa and around the world 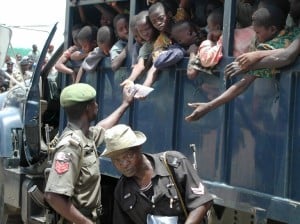 By far the worst culprit of modern-day slavery is the Asia-Pacific region, which holds more than half of all forced labourers in the world – 11.7 million (56%), according to the ILO.  Africa comes second with 3.7 million (18%) and Latin America follows with 1.8 million victims (9%).

Though the global prevalence rate is three victims of slavery for every 1,000 people, the ILO estimates that at least four in every 1,000 in Africa become victims of forced labour. Forced labour in Africa is diverse and complex, with most victims exploited in agriculture, street hawking, domestic work and prostitution.

Walk Free’s Global Slavery Index ranks South Africa at number 115 for prevalence out of the 162 countries studied. Four African countries appear in the top 10 for prevalence: Benin, Côte d’Ivoire, Gambia and Gabon. Elsewhere in Africa, Malawi is ranked at 33, Zambia at 40, Zimbabwe at 45, Nigeria at 48, Kenya at 102 and Swaziland at 126.

In absolute terms – the actual number of people enslaved in a country – Nigeria, Ethiopia and the Democratic Republic of Congo are in the top 10.

How accurate are the statistics?

According to the ILO, its 20.9 million figure is a “conservative estimate”, given the strict methodology it uses. That said, the figure is not a minimum but is within the organisation’s standard error range of 7% or 1.4 million. The estimated global total is thus between 19.5 million and 22.3 million, a figure the ILO claims with a “68% level of confidence”.

But experts doubt the accuracy of global slavery statistics.

“However much the people involved might proclaim otherwise, there is currently no sound methodological basis for constructing a global estimate of slavery today”, says Wits University’s Quirk.

Walk Free’s Policy and Research Manager Gina Dafalia similarly told Africa Check that there are “huge holes, huge gaps” in the research. “We recognise that and keep working.”

Dr Neil Howard, a Marie Curie Fellow at the European University Institute in Florence who is leading a research project on forced labour in Benin, says slavery estimates are often “wildly inaccurate”.

Howard believes the problem stems from experts relying on reports which are often themselves based on second-hand data. This leads to a merry-go-round of cutting and pasting of secondary information instead of conducting ground-level research. To illustrate his point, he claims that his research in Benin strongly contradicts the charge made by Walk Free that the country is ranked seventh in the world in terms of prevalence.

According to the ILO, slavery is “extremely difficult to research and quantify as, being a criminal activity, it is most often hidden, out of sight of law enforcement and administrative personnel, and invisible to the public at large”.

Estimating the “dark figure” for any crime – the number of unreported instances – requires that random sample crime surveys be conducted, says Kevin Bales, professor of contemporary slavery at the University of Hull. These surveys ask a sample group of the population if they have experienced a crime and compare the results with official police records.

Some crimes, such as murder, have low dark figures as they are nearly always reported to the police. A dead body is “hard to argue with” says Quirk, but measuring slavery is more complex.

The indeterminate time span of slavery presents a “special challenge”, Bales argues. While most crimes surveyed will be relatively short in duration, slavery can last days, months or years, and a lack of reporting is compounded by the fact that victims are often isolated by the stigma or shame. 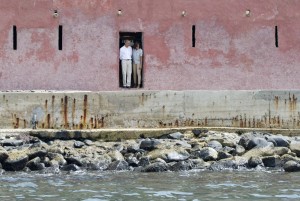 A further issue clouding the reliability of slavery statistics is the purpose of the research. “Ultimately,” says Howard, “these estimates are tools for mobilising and focusing attention.”

It is a position the ILO makes clear in its report: “The estimate served its main purpose – to raise global awareness of the magnitude of the crime of modern-day forced labour, and to stimulate action at all levels against it.”

Though such research has had legislative and enforcement effects, these are not always sustained. The US State Department’s reports, which also rank and benchmark countries on slavery, have helped shaped policy, says Quirk.

“Rankings via the state department definitely encouraged legislative action, but the enforcement of laws is sporadic – it tends to be tied to where the grant funds are allocated.”

Indeed, it is an issue that cannot be ignored. In Slavery in Europe: Estimating the Dark Figure, published in Human Rights Quarterly, Bales writes: “The size of the dark figure for slavery/trafficking crime for most European countries is so large that it suggests a crisis of public policy and law enforcement.”

What is needed, says Howard in a working paper for the ILO, is investment in research to “develop in-depth, high-impact case studies which examine not only the end result of lives lived in forced labour, but also the entire chain of social, cultural and political-economic causality”. [Published: 26/03/14]