“A family of cheetah sleep with the forest guard every night,” reads the caption of a video circulating on Twitter. The video has been viewed more than 42,000 times in the week since it was posted.

It shows a man and three cheetahs lying down, getting comfortable and cosying up to each other in blankets. The cheetahs seem comfortable with the man and compete to curl up closer to him throughout the clip.

“When the Forest Dept. heard about it, they decided to check the veracity of the claim by installing a CCTV camera,” the tweet continues. “This is what the camera recorded! Just amazing...”

But does the video really show an unlikely bond between wild predators and a forest ranger? We checked. 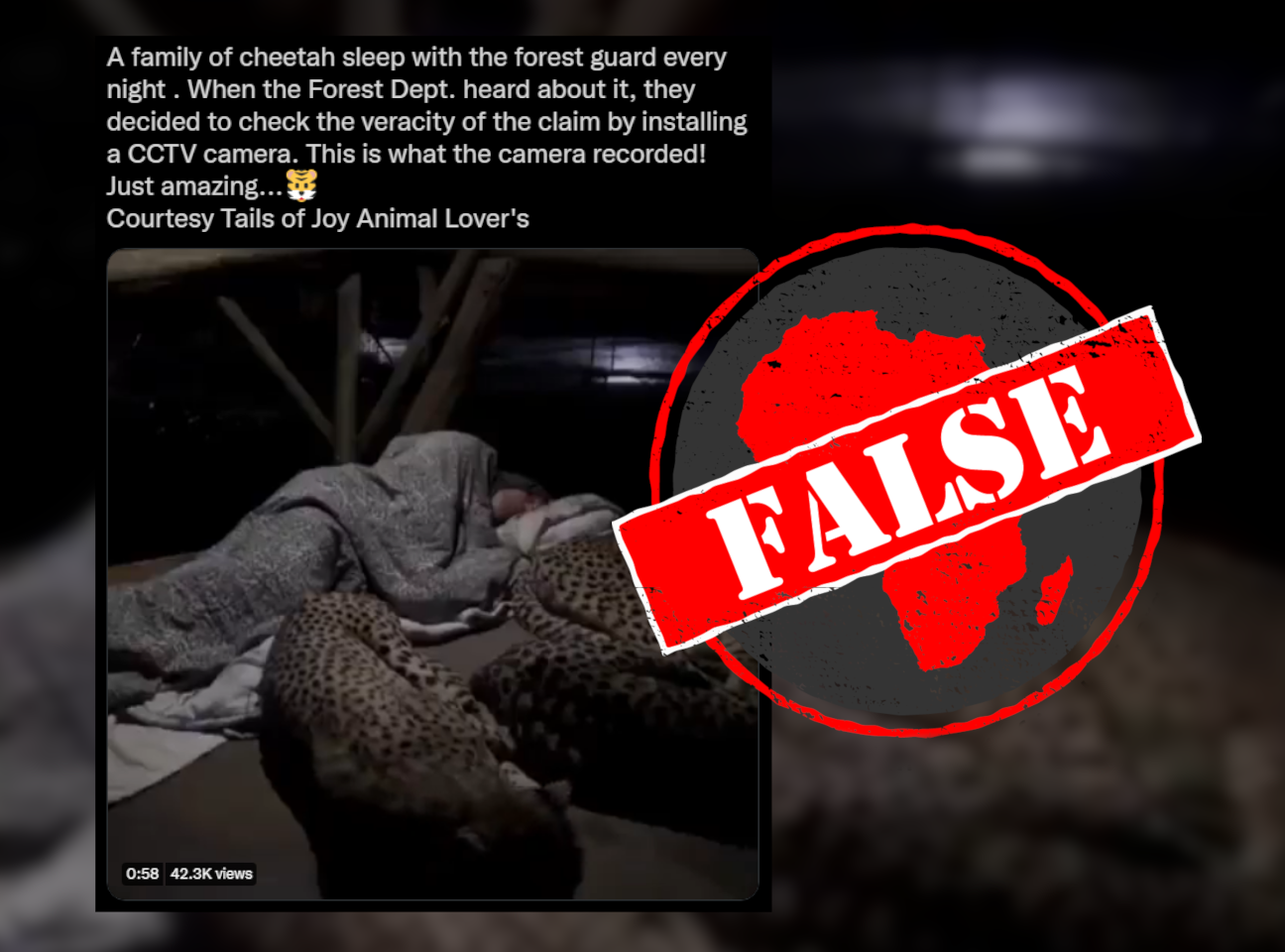 A Google search of the post’s keywords returned several articles and social media posts with the same footage. But the description of events is different.

We found that the original source was a YouTuber named Dolph Volker, who posted a longer version of the video in early 2019. The video is titled “Do Cheetahs Prefer Cold Hard Concrete Or Warm Blankets Pillow & A Friend?” It includes Dolph narrating the video with information about cheetahs’ sleeping habits.

The channel, boasting 572,000 subscribers, hosts numerous videos of Volker interacting closely with cheetahs. Like many of the others, this video was shot at the Cheetah Experience, an endangered animal breeding centre in Bloemfontein, South Africa. The full video begins with a scene showing a road sign that reads “Cheetah Experience 1km”.

In fact-checking the same video, Reuters said they received confirmation from the centre that the footage was recorded on the premises. Reuters also points out that a cheetah Volker calls by name here in the video – Juno – is featured on their website as a resident of the centre.

The Cheetah Experience’s stated mission is to raise awareness of endangered species, and to breed cheetahs and other animals in captivity before releasing them into the wild. So this video does not show wild cheetahs in an unlikely cuddle with a forest ranger, but rather captive-bred animals that are already used to close contact with humans.

Volker a long-time volunteer at centre

Another video of Volker with a cheetah was featured by UK news agency Barcroft TV in 2018. The accompanying Daily Mail article explains that Volker has been a volunteer at the centre “on and off for over four years”.

The article mentions experiences from Volker that include hand-feeding a cheetah and “spend[ing] the entire night sleeping next to him out in the open”, similar to the footage in the video on Twitter.

To find out more about how to spot misleading or fake videos, check out Africa Check’s guide.