A month into Russia’s invasion of Ukraine, messages doing the rounds on Facebook in South Africa and elsewhere claim there’s no evidence the war exists at all.

They’re all similar. A typical version reads: “26,000,000 cellphones in Ukraine. 100% internet coverage. Not one raw footage video. Think about it.”

But the messages are clearly false. They are simply part of a range of vague conspiracy theories that the Ukraine war is a “hoax”, “scripted and staged” to further the aims of Covid “plots” and a shadowy and sinister global elite. 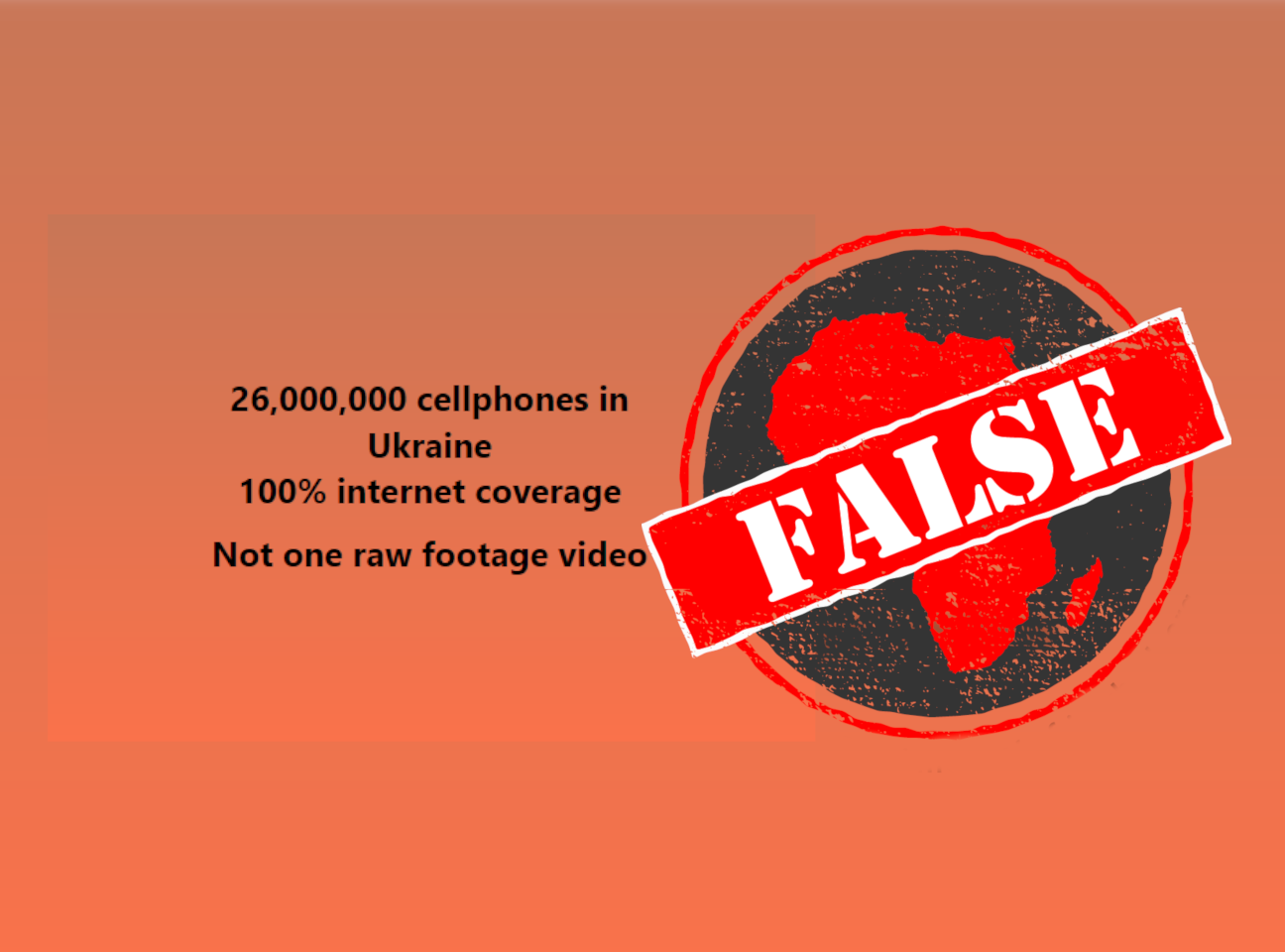 The problem is that almost as soon as Russia launched its full-scale invasion of Ukraine on 24 February 2022, videos started circulating online with false claims that they showed the conflict. Some are from elsewhere, some old videos from the years after Russia’s initial invasion in 2014, and some even from video games.

Fact-checkers and news outlets moved quickly to debunk these videos.

They also started working to verify real phone footage of the invasion shot by people on the ground in Ukraine.

Video verification can be done in several ways. The metadata attached to the video can give the exact time and place the video was shot. The video can be geolocated – its location verified – by comparing it to older footage of the same place. And the person who filmed and uploaded the video can be contacted on social media.

Another powerful way of verifying phone videos in a rapidly changing and chaotic situation such as war is open source intelligence.

There is a huge number of “raw” videos of the Ukraine war, shot on phones and also by security cameras, vehicle dashcams and drones – and all verified.

Possibly the largest collection of these videos is the interactive Russia-Ukraine Monitor Map. Here verified videos (and photos) of the war are pinned to their exact location on a map of Ukraine.

This shows when and where the video was shot – including GPS coordinates that can be looked up on Google Maps. The content is grouped in categories such as “civilian casualty”, “gunfire, fighting, battle” and “bombing, shelling or explosion”.

The map is a project of the Centre for Information Resilience, Bellingcat, the Conflict Intelligence Team, Advance Democracy and the “wider open source community”. It’s explained as “a crowdsourced effort ... to map, document and verify significant incidents during the conflict in Ukraine”.

The aim is not only to “provide reliable information to the world”. It’s also an archive for “future use by researchers, reporters as well as justice and accountability bodies”.

Here are a few examples of civilian video verified by the project and pinned on the map.

Amateur footage of the Russia-Ukraine war is plentiful simply because Ukraine still has a more developed internet infrastructure than countries, such as Myanmar and Afghanistan, that have endured conflict for longer.

This point is made in a lengthy article by US media website CNET. It’s headlined: “How Ukrainian Civilians Are Using Phones to Share the Invasion With the World.”

The article interviews Benjamin Strick, the director of investigations at the Centre for Information Resilience. The UK-based nonprofit is one of the organisations behind the Russia-Ukraine Monitor Map.

“Much of the footage we are seeing actually comes from civilians filming on the ground,” Strick says. “We are seeing primarily footage filmed from balconies, outside of windows, dashcams, or just passersby on the street that are filming these events.”

“There is an extremely overwhelming amount of footage available on Russia's invasion of Ukraine, even right down to specific incidents where we are getting two, three, even four alternative angles of a specific attack. Whereas in Myanmar or Afghanistan, we sometimes struggle to get one.”

He adds: “The footage from Ukraine is often very clear, quite high definition and often much easier to verify than some areas."