‘Trans species man’ who ‘identifies as deer’ shot by hunters? No, screenshot from satirical website

“Trans species man who self-identifies as a deer accidentally shot by hunters,” reads the headline on a screenshot of an article circulating on Facebook in Kenya, South Africa and elsewhere.

The screenshot shows two photos of a man with large antlers on his head, his body painted brown and white to resemble a deer.

Text under the photos reads: “A South Carolina man who self-identifies as a deer has been transported to the hospital via helicopter after being shot by two hunters.”

A user in Kenya has posted the screenshot on a public group page with nearly 915,000 members.

What’s going on here? We checked. 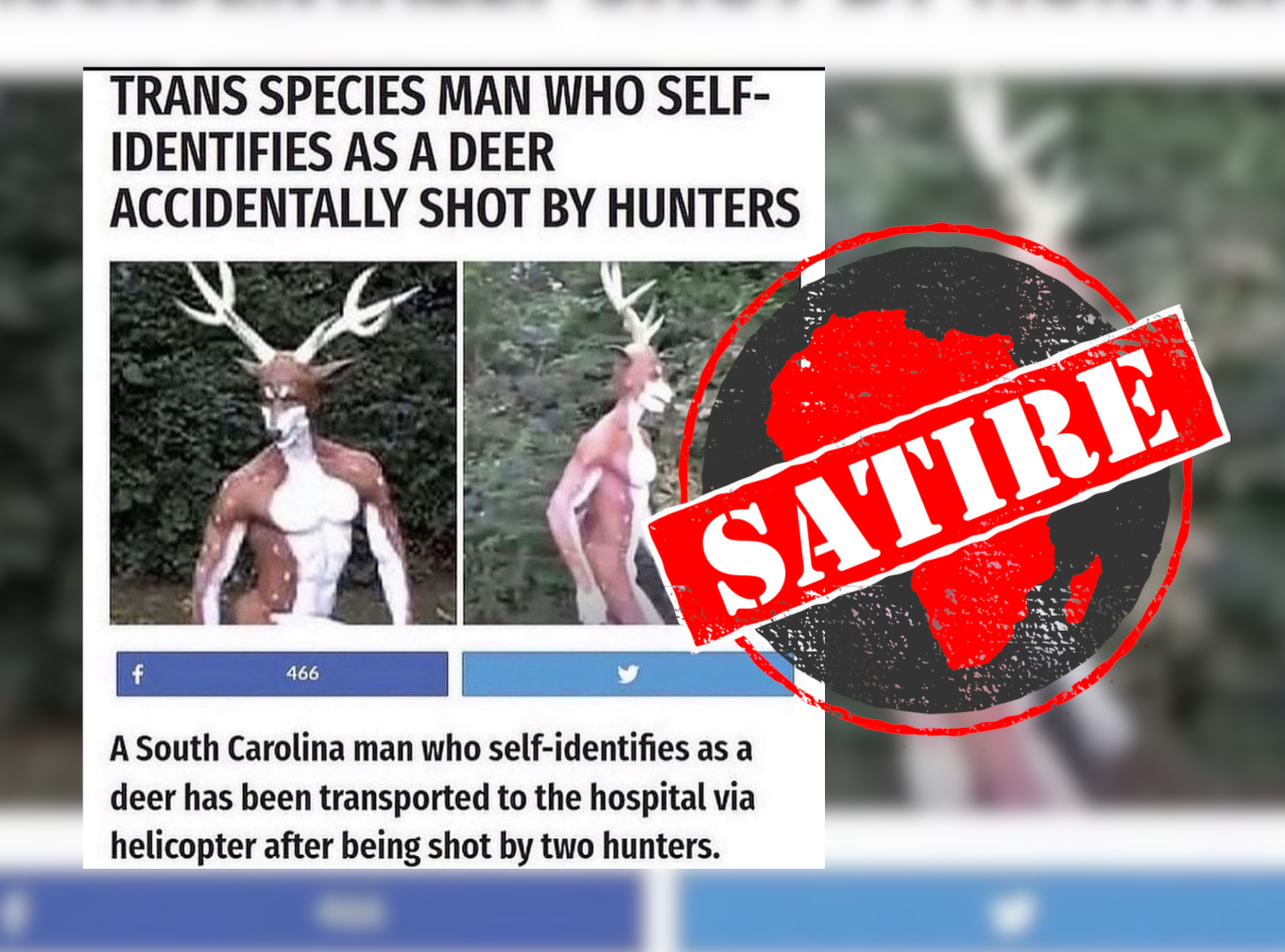 Using a TinEye reverse image search of the photos, we found a fuller version of the article on the HuntingPA outdoor community website, posted in November 2020. Here it’s credited to World News Daily Report, a website that claims to be satirical.

We were then able to find the original article on World News Daily Report. The site’s slogan is “Where facts don’t matter.” It includes a disclaimer that the publisher assumes all responsibility “for the satirical nature” of the articles, which are “entirely fictional”.

Satire is a broad category, but can be defined as “the use of humour, irony, exaggeration or ridicule to expose and criticise people’s stupidity or vices”.

Over the years Africa Check has fact-checked several claims circulating on Facebook that were based on World News Daily Report’s “satirical” stories.

This story, like the others, is not true. But where did the photos come from?

A further search turned up 27-second and 43-second videos on YouTube, uploaded on the Humanimals channel in 2010 and 2018.

These led us to the Aurora Dancewear and Costume website, which says the deer costume was developed in 2009 by makeup artist Laura Baker.