“She saved the whole plane,” reads part of the caption of an old video that’s recently resurfaced on Facebook.

The three-minute video is in two parts. The first shows a woman in the aisle of a plane, shouting religious praises – mostly the word “Jesus” – and moving erratically while flight attendants try to calm her down.

On-screen text reads: “This Jamaican woman screaming the name of Jesus because God shown her a vision of what is going to happen.” It adds that the woman delayed the flight for two hours, which later allowed the passengers to escape.

At 40 seconds the video cuts to a grounded American Airlines plane. Passengers and baggage can be seen sliding down the emergency ramp as flames engulf an engine. The text reads: “For the woman has obeyed the Lord many souls are saved from plane crash that is going to happen.”

The video then shows flame and smoke billowing into the air as more people evacuate the plane and fire trucks arrive. The on-screen text reads: “Praise God for his mercy and grace never fails!”

Do the two parts of the video show the same incident, and the same plane? We checked. 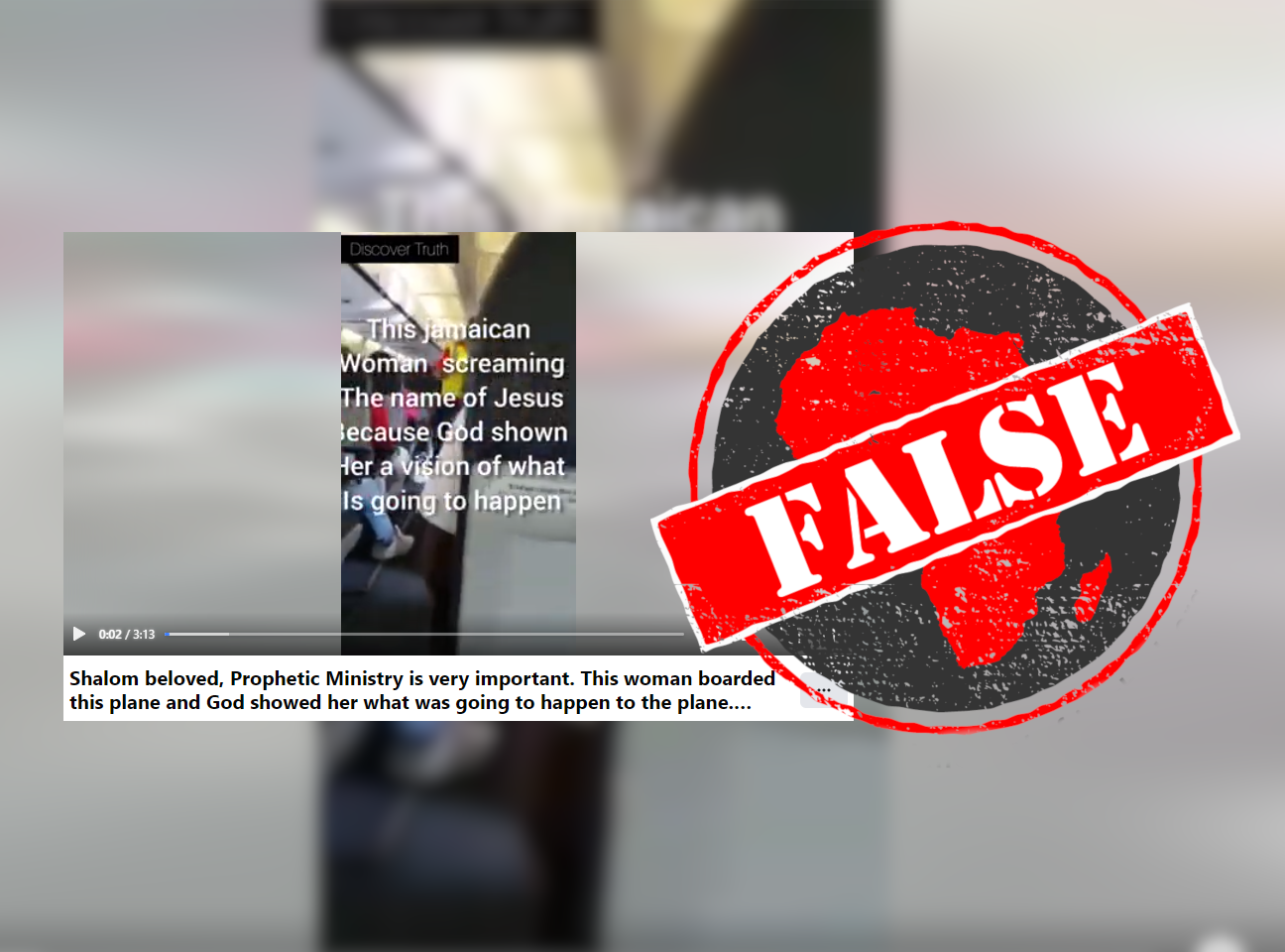 The two clips are from separate airport incidents: one in the Cayman Islands and the other in the United States.

The video of the shouting woman was posted on Facebook as early as 2017. It makes the same claims about her delaying the plane and saving the passengers. It has been viewed nearly 10 million times.

In an official statement, Cayman Airways confirmed that the 40-second video was recorded in late October 2017 on one of their flights. The airline said the woman was removed from the flight and the plane departed an hour later than scheduled.

We found the second clip of the burning American Airlines plane on YouTube.  It was posted in 2018 but was recorded on 28 October 2016. It shows an incident where a plane was grounded in Chicago after an engine caught fire.

The Daily Mail newspaper reported the incident, which was also picked up by the UK Guardian, NBC News and ABC News.

The airline released a series of statements after the incident, confirming that the plane, due to depart Chicago O’Hare airport for Miami, had caught fire before takeoff in an “engine-related issue”.

The American Airlines clip was added to the Cayman Airways clip later, to reinforce the false claim that had already been spreading on social media that the woman had saved the passengers from disaster.

To learn how to verify videos like these, see Africa Check’s guide to identifying misleading or fake videos.