Albatross remain at sea for several years, but do land on water

“The albatross is a large bird that can go years without landing,” claims a meme going around Facebook. It shows a photo of a large bird.

“They spend their first 6 years of life flying over the ocean without even touching the ground.”

We investigated this remarkable claim. 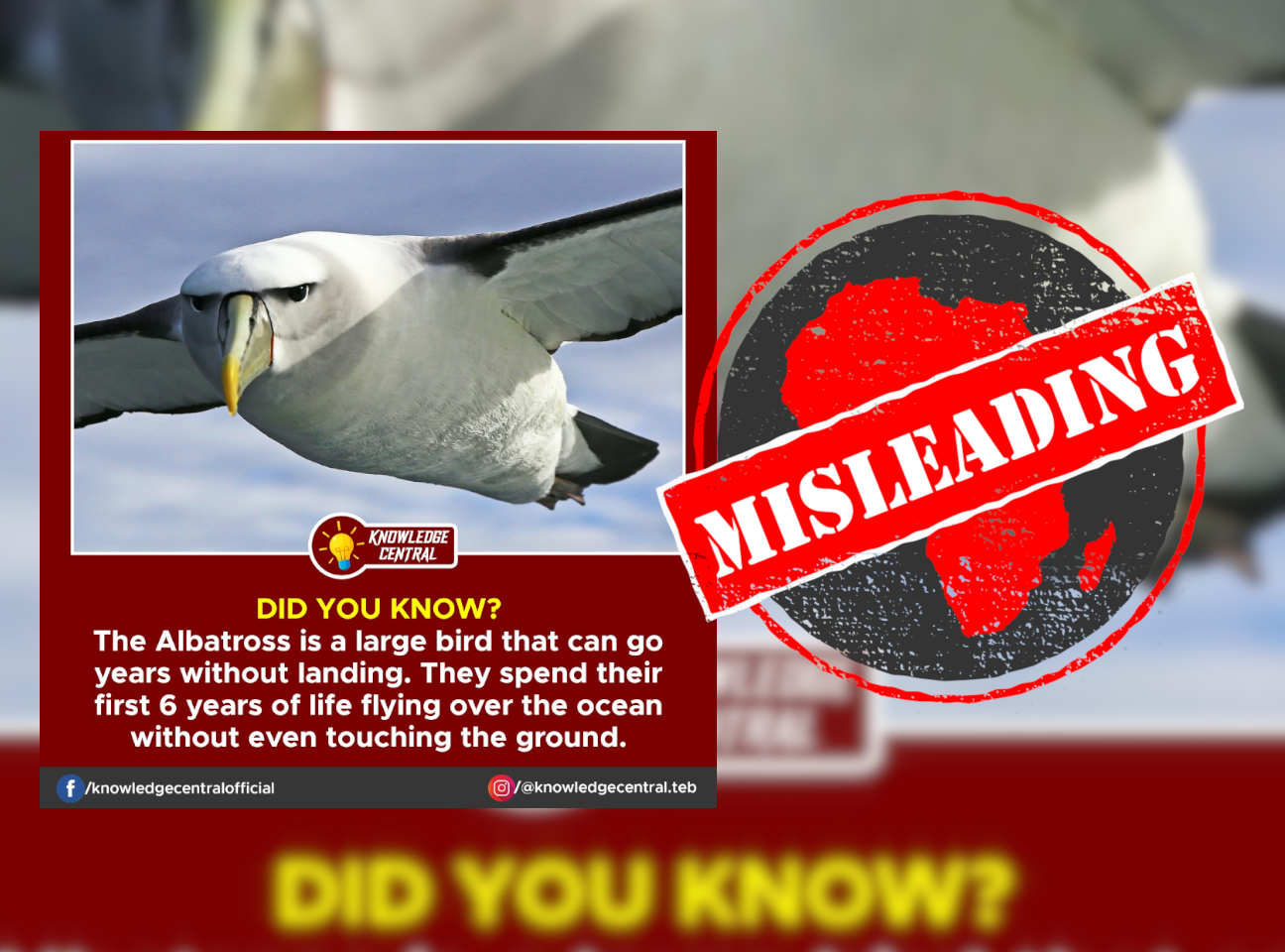 Albatross can fly 1000s of kilometers in single journey

According to Britannica, “albatross” can refer to more than a dozen species of seabirds that collectively make up the family Diomedeidae.

The albatross is able to stay afloat in windy weather for hours “without ever flapping their extremely long narrow wings”, Britannica says.

An article in the Smithsonian magazine also says that albatrosses “spend the first six or more years of their long lives without ever touching land”. They can live “upwards of 50 years”.

Various other news sources repeat similar claims that albatross “spend their first three to five years constantly flying, never touching land”, according to Reuters, or “can spend up to five years at sea”, as the Independent newspaper reported.

The birds travel tens of thousands of kilometres in a single journey by preserving energy. The Independent says scientists found the birds “perform a highly dynamic manoeuvre that involves gaining height by angling their wings while flying into the wind, then turning and swooping along for up to 100 metres”.

Birds do land at sea

Prof Peter Ryan, director at the FitzPatrick Institute of African Ornithology at the University of Cape Town, told Africa Check that young albatrosses do remain at sea for a few years.

“Young albatrosses remain at sea for a few years – most probably come back to land when they are between three and four years old. But during this time they regularly land on the water to rest and feed.”

Albatross do spend the first years of their lives at sea without returning to land, but this doesn’t mean they’re constantly flying. They regularly land on the water. – Taryn Willows