IN SHORT: A video gone viral on Nigerian social media appears to show dozens of Hollywood actors coming out in support of the Labour Party’s presidential candidate, Peter Obi. But it’s been heavily edited and there’s no evidence of such a surge of star-powered support.

“Impressive. Peter Obi's campaign has taken on a global outlook with leading American TV and Hollywood actors driving the campaign,” reads a tweet accompanying a video shared across Nigeria.

The video shows dozens of famous US and British actors displaying white cards with the inscription: “Yes. It makes sense to Vote Peter Obi in 2023.”

It was also initially posted by Charles Oputa, a Nigerian entertainer popularly known as Charly Boy or Area Fada. However, Oputa deleted the tweets after he was criticised by some Twitter users. In response he claimed his critics were “paid trolls”.

Some of the movie stars in the video, appearing to support Obi, include Idris Elba, Tom Cruise, Will Smith, Rowan Atkinson, Amy Poehler, Liam Neeson and Charlize Theron.

Obi is the presidential candidate for Nigeria’s Labour Party in the country’s presidential election scheduled for February 2023. Obi is supported by many young people and has a large following on social media.

But did this list of US- and UK-based celebrities actually endorse Obi for the Nigerian presidency? 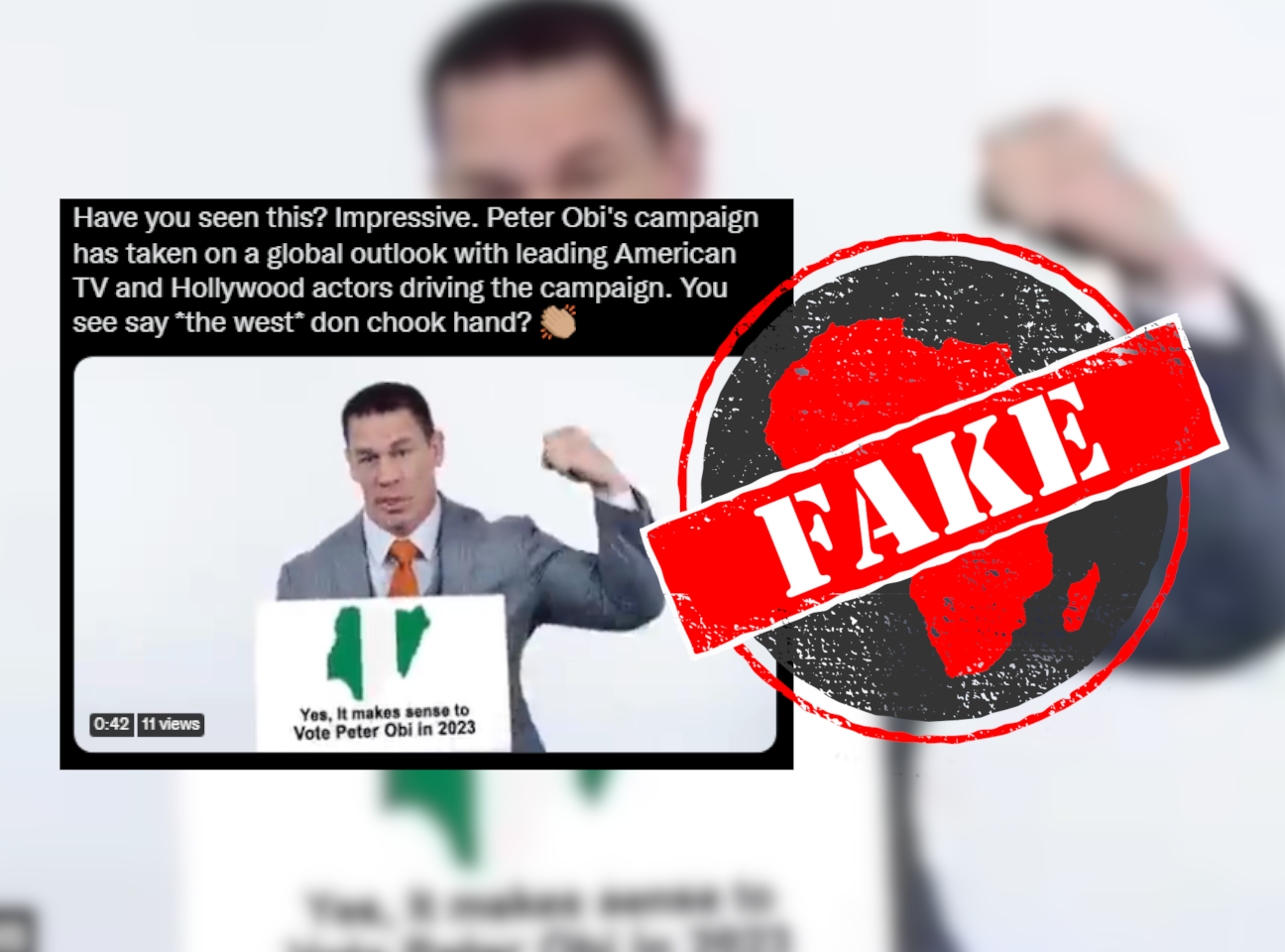 We analysed the video on Invid, a video verification tool, which led us to a webpage with episodes of Wired magazine’s autocomplete interview series. Each episode in the series has movie stars answering the web’s most searched questions about them.

The videos match parts of the video posted on Twitter in Nigeria. The difference is that the voices of the celebrities have been deleted and replaced with music. In the original videos, the white cards in the actors’ hands show the Google logo and various questions, not support of Obi.

The video on Nigerian social media is a combination of a few doctored seconds from over 20 Wired interviews.

There is no evidence that any of the actors in the video have at any time expressed support for Obi or any other candidate in Nigeria’s presidential race.