‘Be careful in showing attitudes to men’? No, there aren’t 5.6 billion women in the world to just 2.2 billion men

A graphic posted on Facebook in September 2021 warns why “ladies, both the married and singles” have to “rethink before treating any man like trash”.

It claims that United Nations data shows that out of a global population of 7.8 billion people, 5.6 billion are “women” and just 2.2 billion are “men”. This would mean there are more than 2.5 times as many women on the planet than there are men.

The graphic says the data comes from the UN’s “1st quarter Demography Report 2019”. It links to a 2019 article on the website of the Independent, a Nigerian newspaper, with the same wording.

The graphic and article warn that “they” – presumably the UN – had “advised women to be careful in showing attitudes to any man” because only 1 billion of the world’s 2.2 billion men were available for marriage. The rest were already married, in prison or “mentally ill”.

Oddly, the figures suggest that the world has no children – only women and men. Credible data on population and sex is normally broken down into “females” and “males” to include girls and boys. 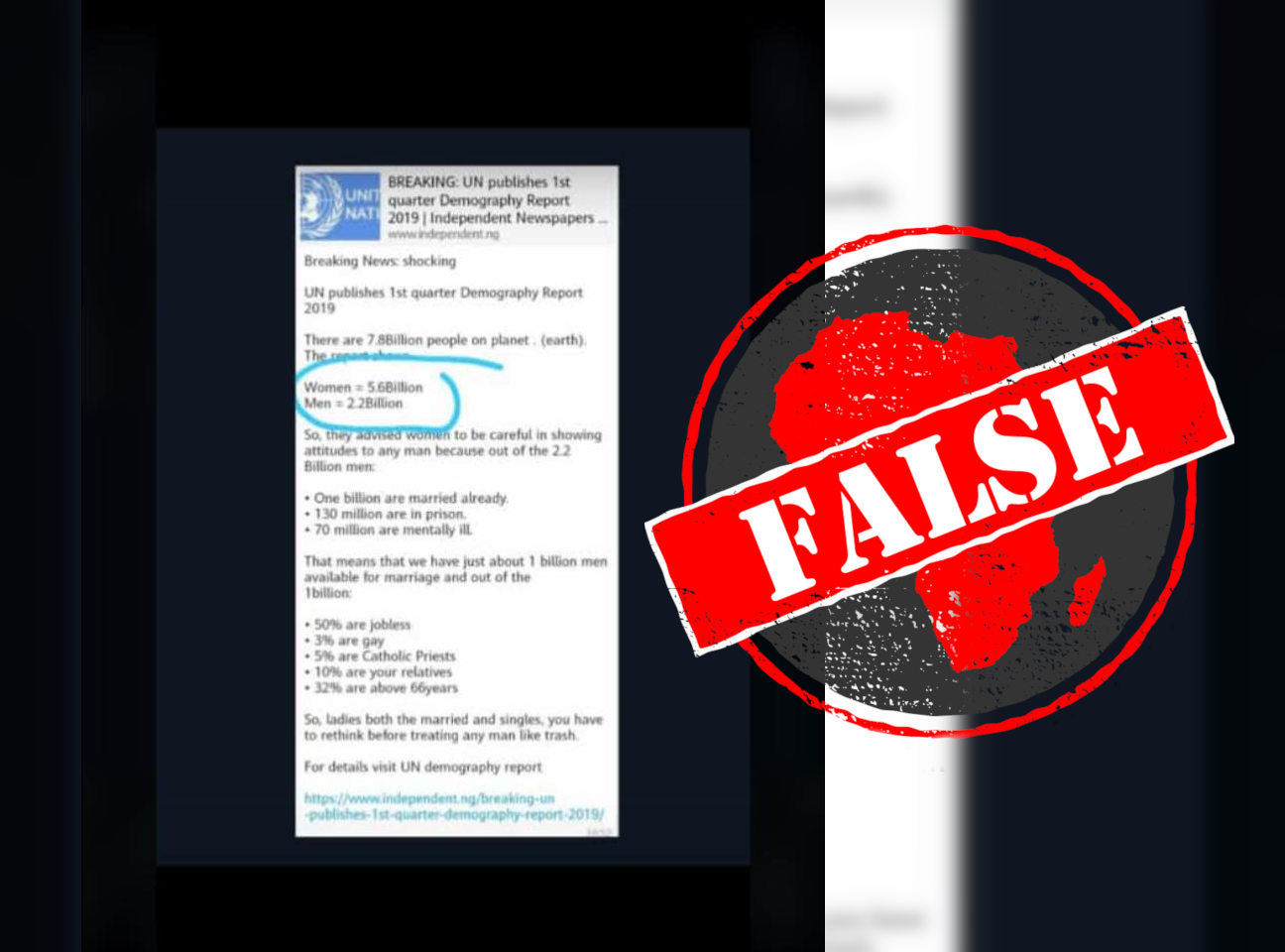 Slightly more males than females in 2019

The first quarter of 2019 would be the first three months – January, February and March – of the year.

But the UN doesn’t publish population estimates every three months. It publishes them every three years, in its World Population Prospects (WPP). This is produced by the population division of the UN’s economic and social affairs department. Its most recent edition, the 26th, came out in 2019.

There is no such UN publication as the “1st quarter Demography Report 2019”.

This means there were slightly more males than females – 50.42% of the global population was male, and 49.58% female.