IN SHORT: As Kenya’s first female chief justice, Martha Koome has many admirers – including impersonators.

One of its posts, dated 24 September 2022, reads: ““I can well state that we have the best president ever in this country, who is god fearing and respect the rule of law. I was happy that first thing he did after sworn in was to appoint the judges the former regime had ignored to swear in.”

Raila Odinga, leader of the Azimio coalition, had challenged Ruto’s win as declared by the country’s elections agency in August.

One of Ruto’s first acts as president was to appoint six judges who had been in limbo for three years. 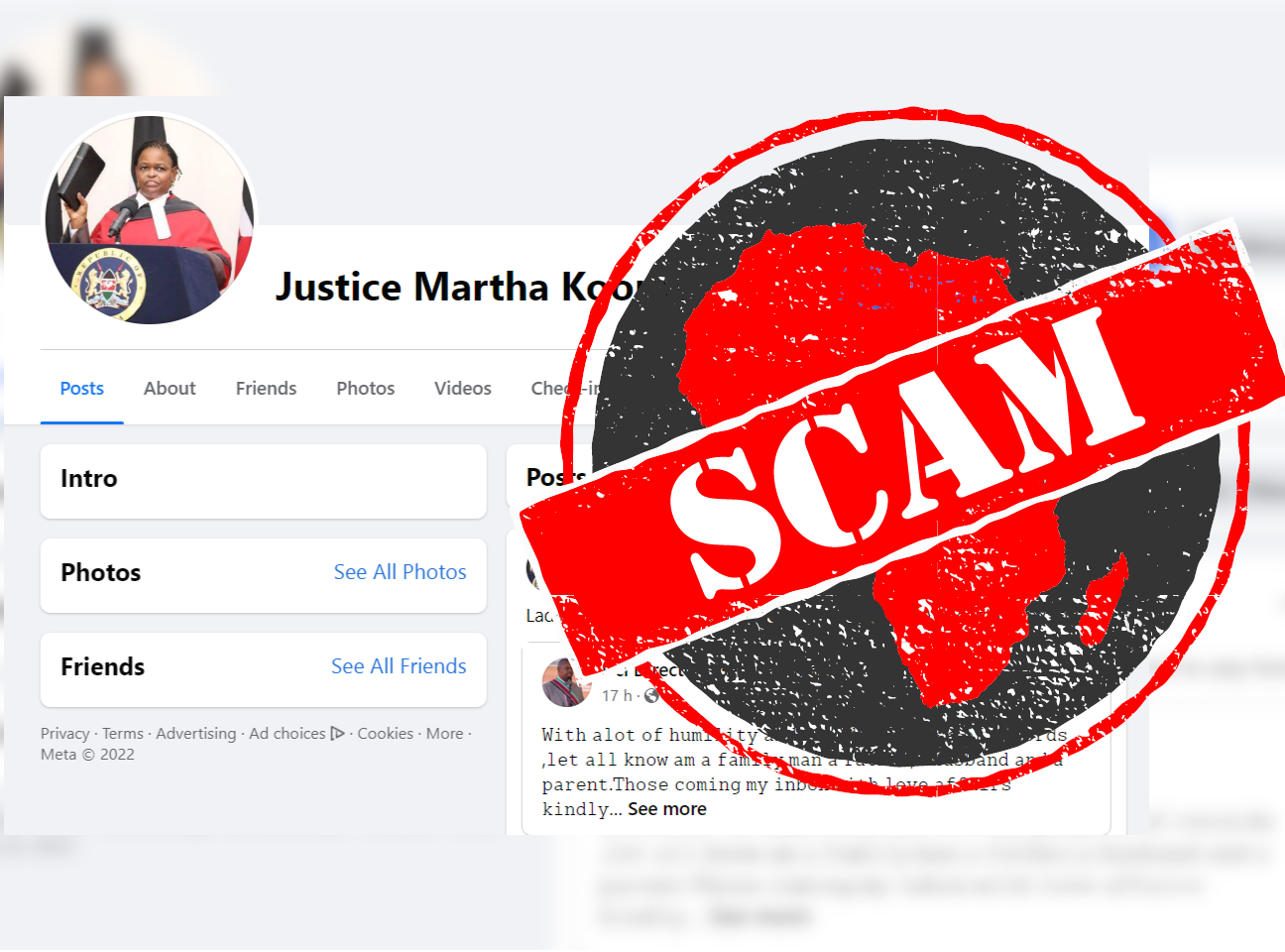 Facebook allows public figures such as Koome to verify their pages on the platform. These pages carry a “blue tick” as a verification badge.

Besides, the posts on the fake account are full of spelling and grammar errors, in addition to unusual fonts. This would be unlikely on a Facebook account representing Kenya’s chief justice.

To help protect yourself against online scams, see Africa Check’s guide to Facebook scams and how to spot them.