A Facebook user has been posting job ads from a range of employers on a politics-oriented Kenyan Facebook page.

On 23 April 2021, the user shared a job posting seemingly from the National Social Security Fund or NSSF, Kenya’s national retirement benefit fund. It claimed the fund was hiring for a large number of positions.

On 3 May, the user posted an ad that appeared to be from the Kenya Revenue Authority, Kenya’s tax collector, and on 18 May, they posted a listing from G4S, a private security company.

The group has over 86,000 members. All three job ads warned applicants to apply for only one position as multiple applications would lead to “disqualification”.

Africa Check reached out to the three companies to check if the job ads were genuine. 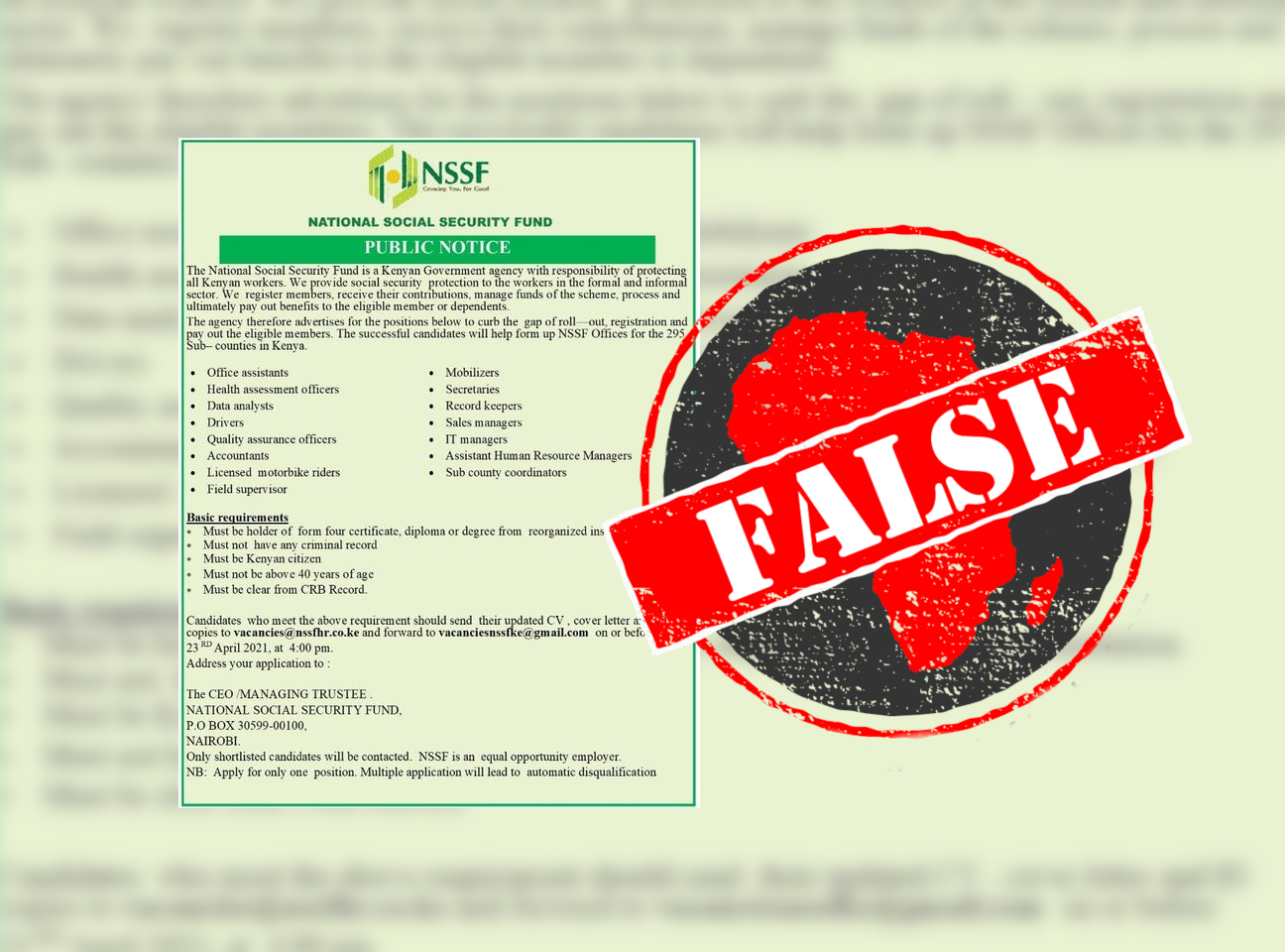 The NSSF told us the ad was fake via a direct message on Twitter. They said: “The information circulating on social media is fake. Please ignore it with the contempt it deserves. We only place job advertisements on our website and local dailies.”

The message from the tax collector was similar. We contacted them on Facebook and they said “all available opportunities including internships are posted in our recruitment portal”.

A staff member at G4S Kenya told us the company did not post positions on Facebook and that the posting was “false”. Applicants should “check on the careers section of our website”. G4S also directed us to the company’s global careers page.