An image posted on Facebook shows what looks like an old front page of Kenyan newspaper the Standard, with the headline “Assistant minister warns ‘rogue’ lawyer”.

Below the headline is a photo of a young William Ruto, the country’s current deputy president. The caption below the image reads: “Assistant Minister in the Office of the President William Ruto went on to intimate that stern action would be taken against Martha if she did not stop criticising the government”.

The image was posted on Facebook on 28 April 2021, a day after the country’s judicial service commission nominated court of appeal judge Martha Koome for chief justice.

A user captioned the front page: “During the government of Moi, dp Ruto was a very powerful man. If he had anything to do to uplift the livelihoods of the so-called hustlers, he could have done it then.”

“On this particular day … as you can see from the picture … dp Ruto was warning human right activist and a lawyer, the incoming cj Martha Koome of dire consequences if she continued advocating for a better society.”

Africa Check counted at least 100 examples of the front page shared on Facebook. But is it real? 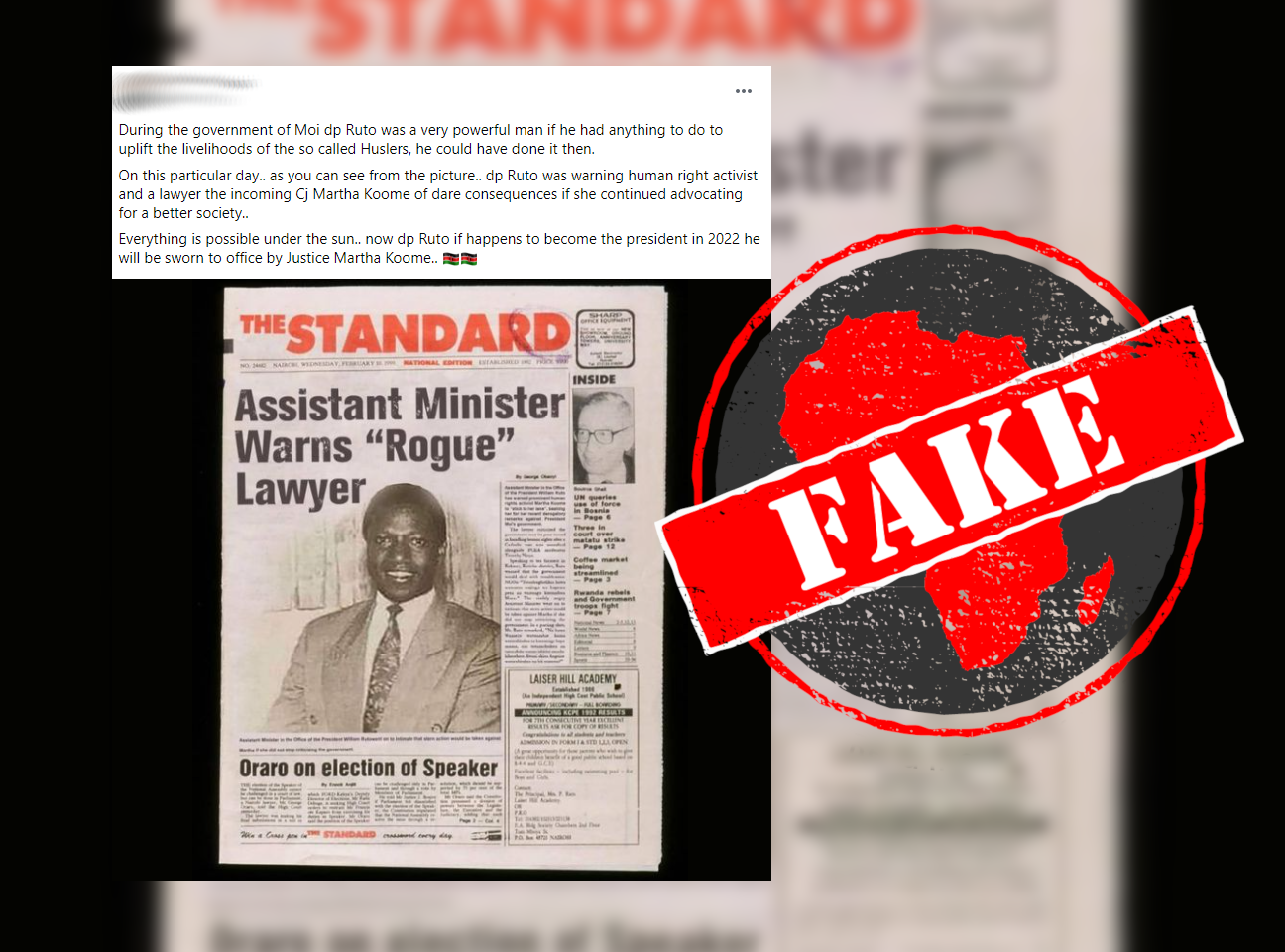 While digital editing skills could have made the image appear authentic, there are clues that it is fake.

There’s a suspicious informality in how the caption on the front page is written. It uses the judge’s first name “Martha”, not her surname “Koome”, which would be highly unusual for a newspaper.

Why would a school only announce results for the 1992 Kenya Certificate of Primary Education in 1999, seven years later? The national exam results are usually released within two months. This is another clue the front page is doctored.

A reverse image search led us to a copy of the genuine front page. We could tell it was the same original image because it features the same ad for Laiser Hill Academy. The sidebar on the right of the headline story is also the same.

But its headline is quite different: “Kibaki hits back at MPs over clashes.” And it is dated 10 February 1993.

The main photo is of a bridge being built. There is no photo or mention of Ruto anywhere on the page. The front page circulating on social media has been digitally manipulated and is fake.