“I have served police for over 30 years and I'm forced to say this is the worst I've seen. I cannot work with a police that prides in torturing people. This is why I want to retire honorably before more atrocities are committed on Ugandans,” reads a screenshot of a tweet posted on Facebook.

The screenshot appears to be from the Twitter account of former Ugandan police officer Asan Kasingye. Kasingye left his job in May 2022 after his contract expired.

Uganda has previously hit the headlines for police brutality. So a tweet seemingly by an insider could be seen as evidence of increased police  brutality in the country.

Kasingye is active on Twitter, but does the screenshot really show one of his tweets? We checked. 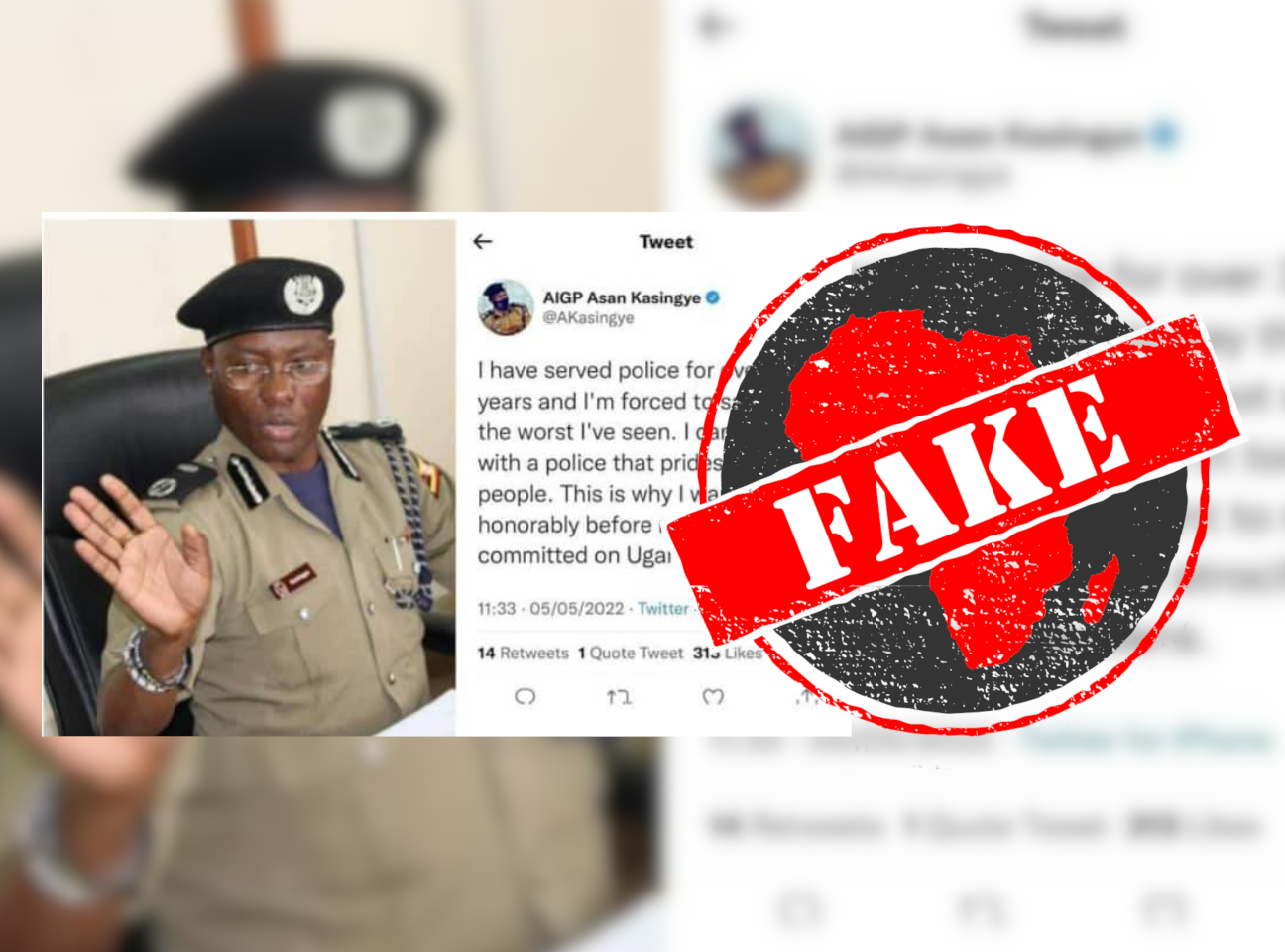 The date format when the tweet in question was posted is 05/05/2022. But on his official verified Twitter account, the date format for the same day is May 5, 2022.