“There's a Cape Town registered truck caught in Rustenburg with 34 kids under the age of 12 kidnapped from Pretoria and surroundings,” reads a message widely shared on Facebook in South Africa in March 2021.

But the message is an old and cruel hoax. It then suggests hope by telling people with missing children to “report at Brits police station”. And it encourages users to share the message.

For readers not familiar with South Africa, Cape Town is a large coastal city in the Western Cape province. Rustenburg is a city, and Brits a large town, in North West province. And Pretoria is the country’s capital, in Gauteng province. 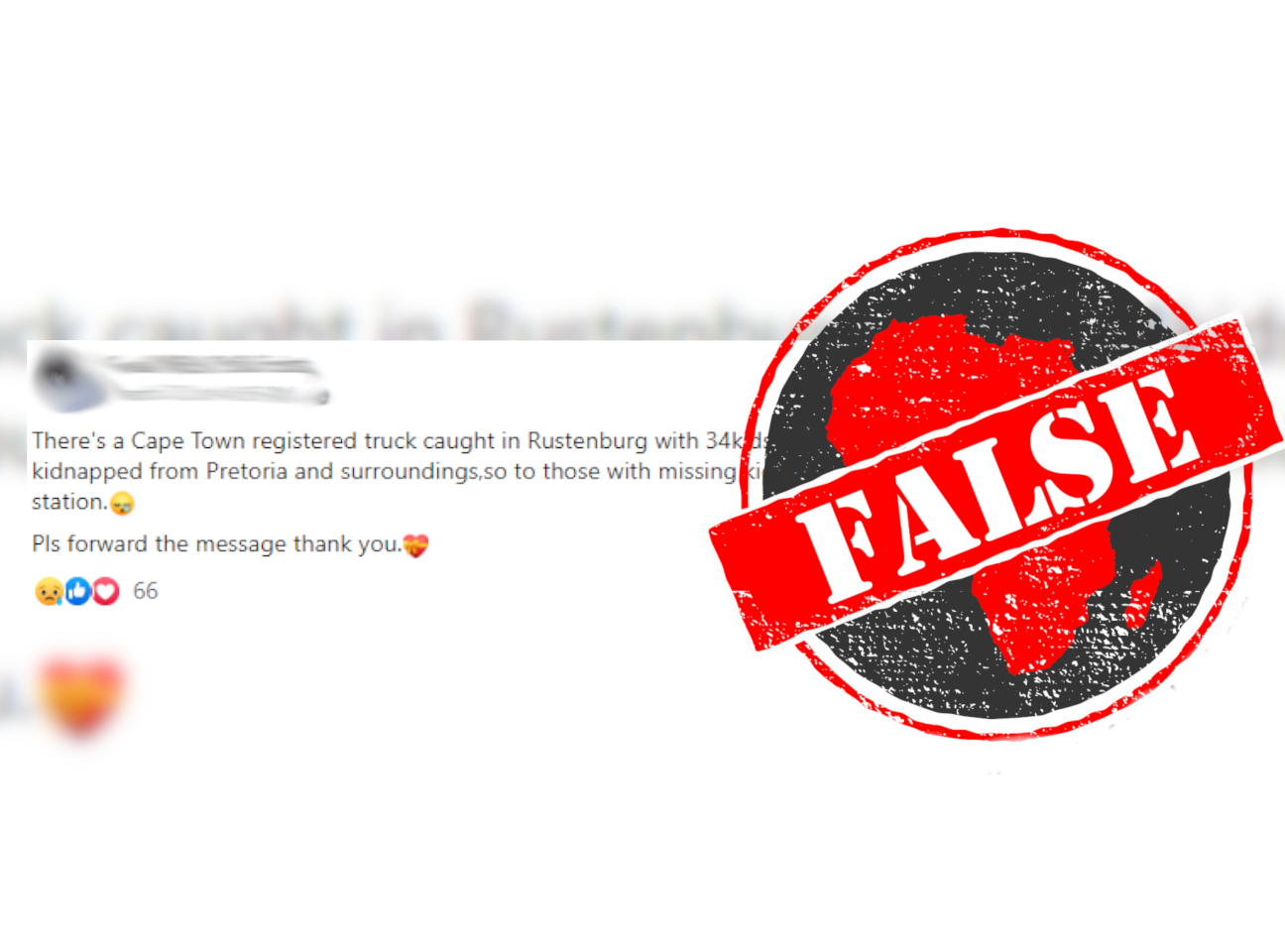 The post does not give a source or further details on the supposed kidnapping.

We searched Google for the message and found the claim in an article on known disinformation website Opera News. Published on 22 March, the article says the “rate of crime in south Africa is getting out of hands [sic]”.

Media Monitoring Africa’s Know News tool has this to say about Opera News: “This site may contain dodgy news. Think twice about trusting any story. Think thrice about sharing.”

Africa Check then searched Twitter and found several tweets from 2018 and 2019 that make the same claim. The hoax has been doing the rounds for years, despite a lack of credible news reports for any such kidnapping – or rescue.

In February 2018, the News24 website reported that eight Zimbabwean children had been rescued after they were found in a truck in Rustenburg. The truck was on its way to Cape Town.

The Facebook post contains elements from a credible news report, but the claim that 34 kidnapped children were found in a truck in Rustenburg in March 2021 is false.