“Raila Spends 580 Millions on his Birthday Party,” reads the front page headline of a newspaper called the Daily Times, circulating on Facebook in Kenya in early January 2022.

Raila Odinga is the leader of Kenya’s opposition Orange Democratic Movement and a contender for the presidency in the country’s general elections, set for August this year.

In one instance, the front page was posted on a Facebook group page with more than 1 million members.

It shows a photo of Odinga celebrating his 77th birthday at the Bomas of Kenya in Nairobi, Kenya’s capital, on 7 January 2022.

But did a newspaper called the “Daily Times” really report that Odinga had spent KSh580 million – in January 2022, about US$5 million – on the party? 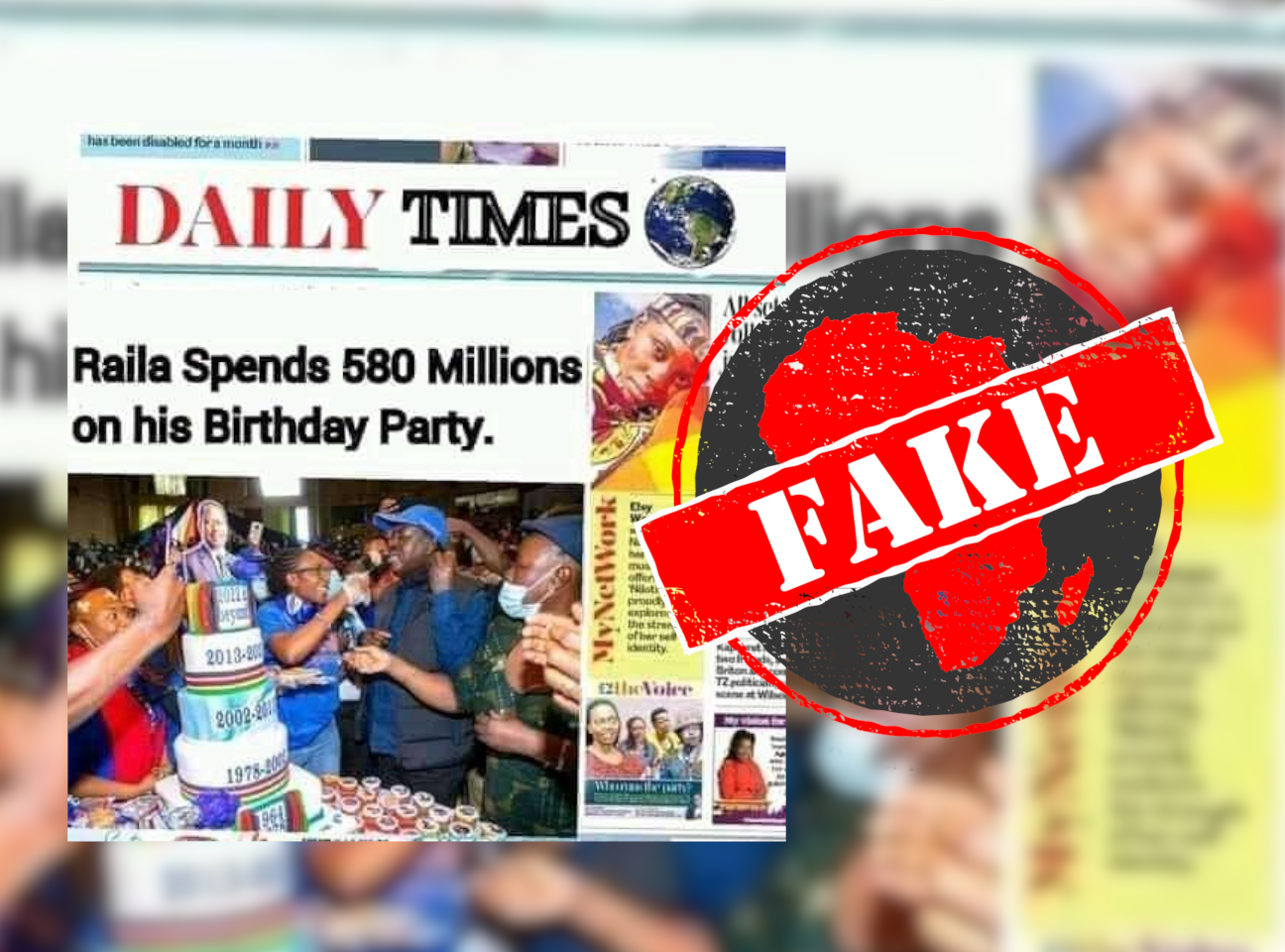 The “Daily Times” newspaper doesn’t exist. Instead, the word “Times” has been photoshopped over “Nation” on the masthead of Kenya’s popular Daily Nation newspaper, part of the Nation media group.

The front page is an altered version of Daily Nation’s 7 January 2022 edition.

The headline has also been changed. The real headline reads: “How Uhuru, Raila cornered DP Ruto on coalitions Bill.”

All the other elements on the front page are the same. The “Daily Times” front page circulating on Facebook is a fake.