An image of a dog lifting its leg against a vehicle with the face of Raila Odinga, leader of Kenya’s Orange Democratic Movement opposition party, painted on the side has gone viral on Facebook.

“BAD omen!” reads one caption to the photo. “A dog urinating on a vehicle purportedly donated to Raila Odinga for his campaign. The curse is real!”

Another user said: “Immediately after receiving these vehicles as donations for his presidential campaign, a dog from nowhere did this.”

The image has been posted on Facebook pages with hundreds of thousands of followers.

It appeared online soon after Odinga received campaign vehicles from supporters of his presidential bid. Kenya is set to hold elections in August 2022.

But does the image show a real incident? We checked. 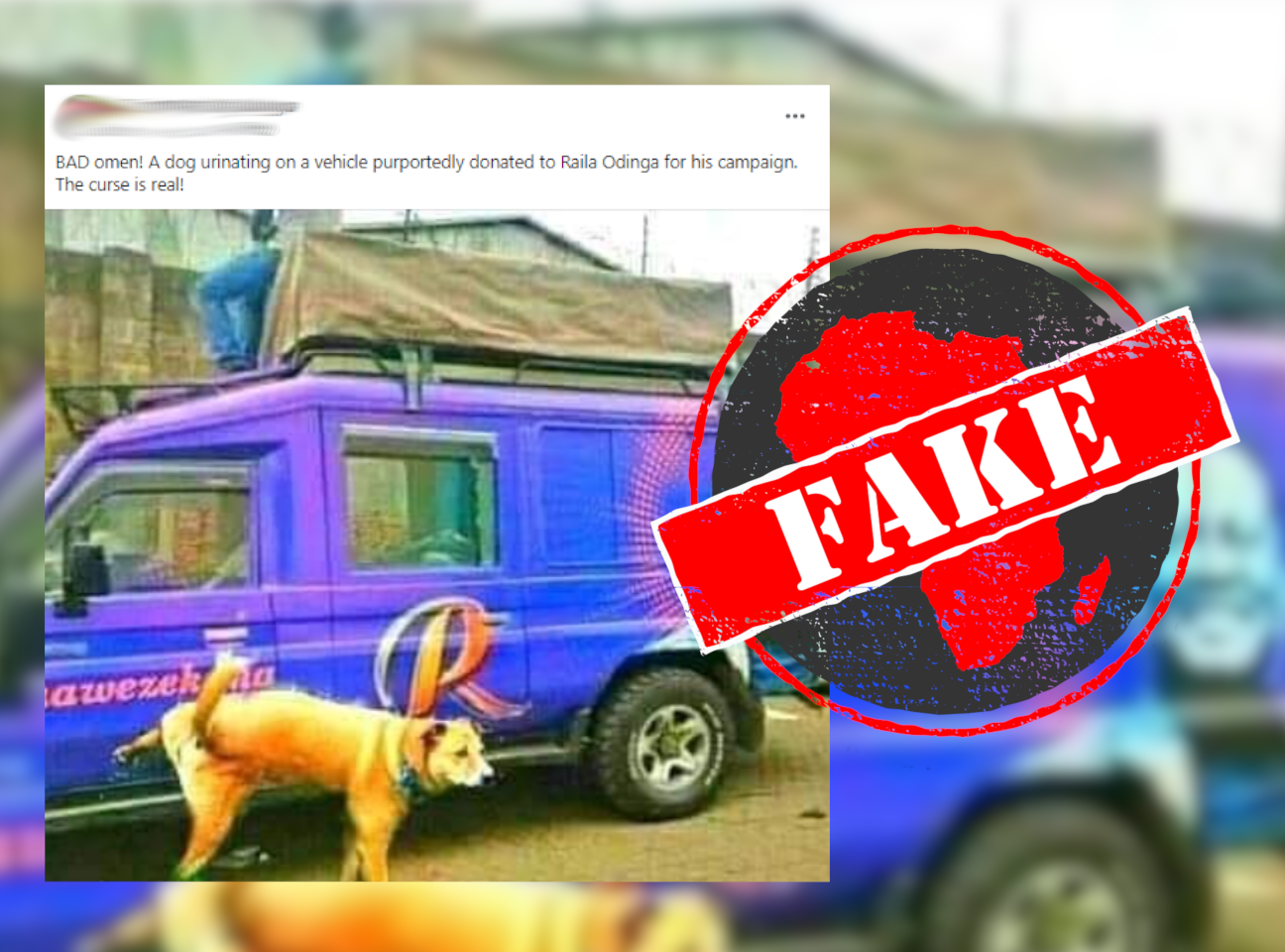 A reverse image search of the image reveals that it was first published online on 1 October 2021. It appears in a news report on the donated campaign vehicles. But in the original, no dog can be seen.

A Google image search using the keywords “dog peeing” led us to a photo of the same dog lifting its leg against a wooden fence.

The dog was photoshopped onto the photo of the campaign vehicle. The image is fake.