Eleven-year-old hacker who stole $75bn from Swiss bank? No, photos of 14-year-old accused of murdering father

The post includes three photos of a boy, handcuffed and in prison overalls, who appears to be in a courtroom. In the first photo the boy is standing while the second and third show him sitting, from different angles.

It has been shared in Nigeria and the United Kingdom and viewed more than 15,500 times.

Do the photos show an 11-year-old boy who hacked a Swiss bank’s computer system and transferred $75 billion into his father’s account? We checked. 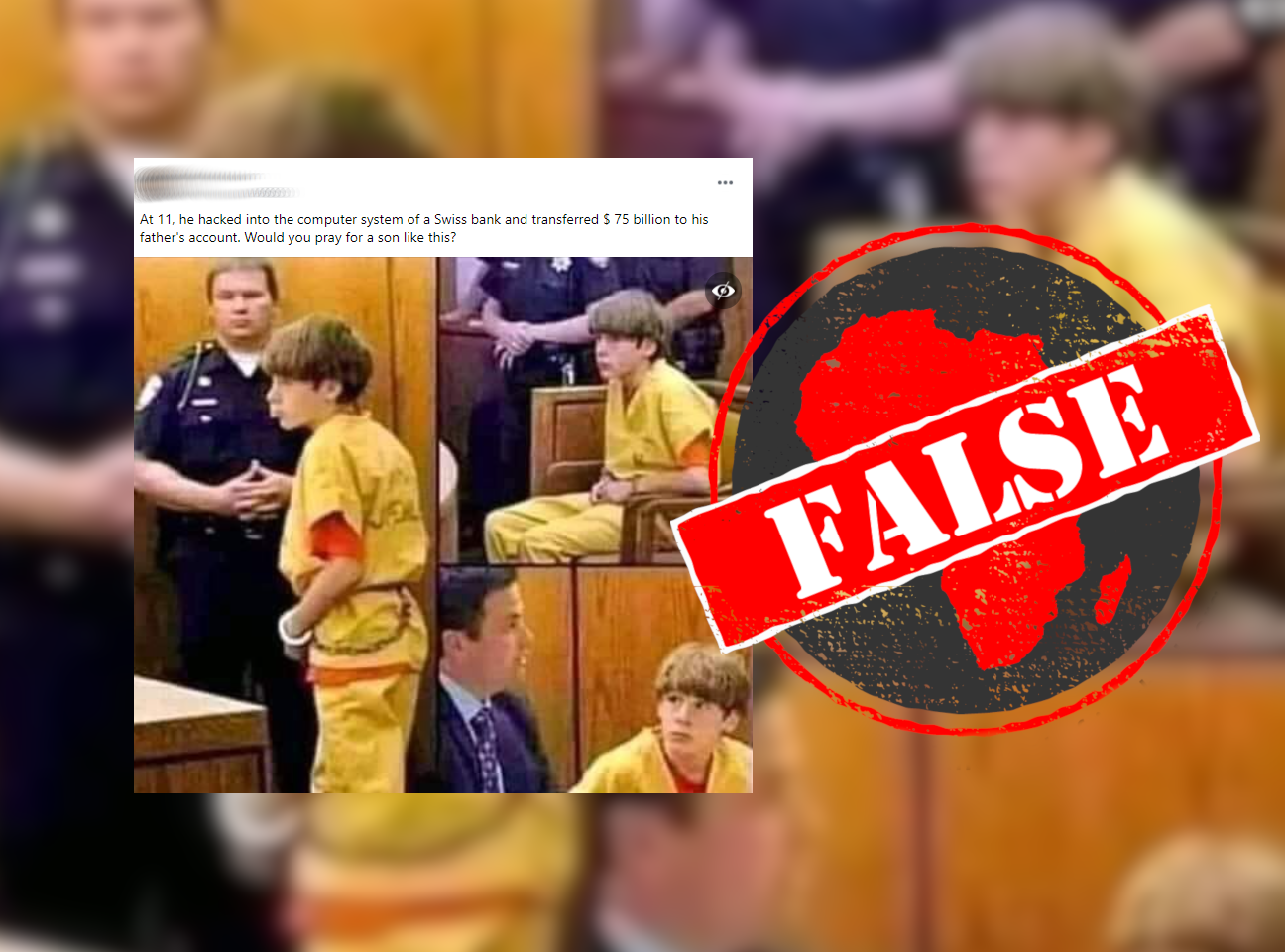 Photos of Zachary Neagle in 2009

The photos first appeared on the Associated Press Images website in May 2009, more than 11 years ago. The captions of all three photos refer to the boy as 14-year-old Zachary Neagle, who made his first appearance in a court in Caldwell Idaho, US where he was charged with the murder of his father.

According to a later article by Idaho Press, Neagle pleaded guilty to killing his father with a shotgun. He said his father had physically and sexually abused him for years, and claimed he shot his father because his father told him that he would abuse his younger siblings as well.

Neagle was sentenced to five years in a juvenile corrections facility. He was released in 2014.