Female contraceptives don’t cause meningitis, but blood clots possible in some cases

A message posted on Facebook makes the startling claim that female contraceptives cause meningitis and blood clots.

“They Told us To prevent but they never told us about sides effects of the contraceptives,” it reads.

“Years later We can't have Kids & become infertile And Some Get infected with meningitis. They are Killing our eggs in a Slight Way, We Are Dying because of blocked Blood Cloths inside our Womb and lungs! Contraceptives Are damaging Our body System.”

The message includes an image of a woman with what appears to be a contraceptive patch on her back, alongside blister packs of pills and two syringes.

Meningitis is an inflammation of the fluid and membranes around the brain and spinal cord.

But do contraceptives cause the disease, as well as blood clots in the womb and lungs? Africa Check spoke to a medical expert. 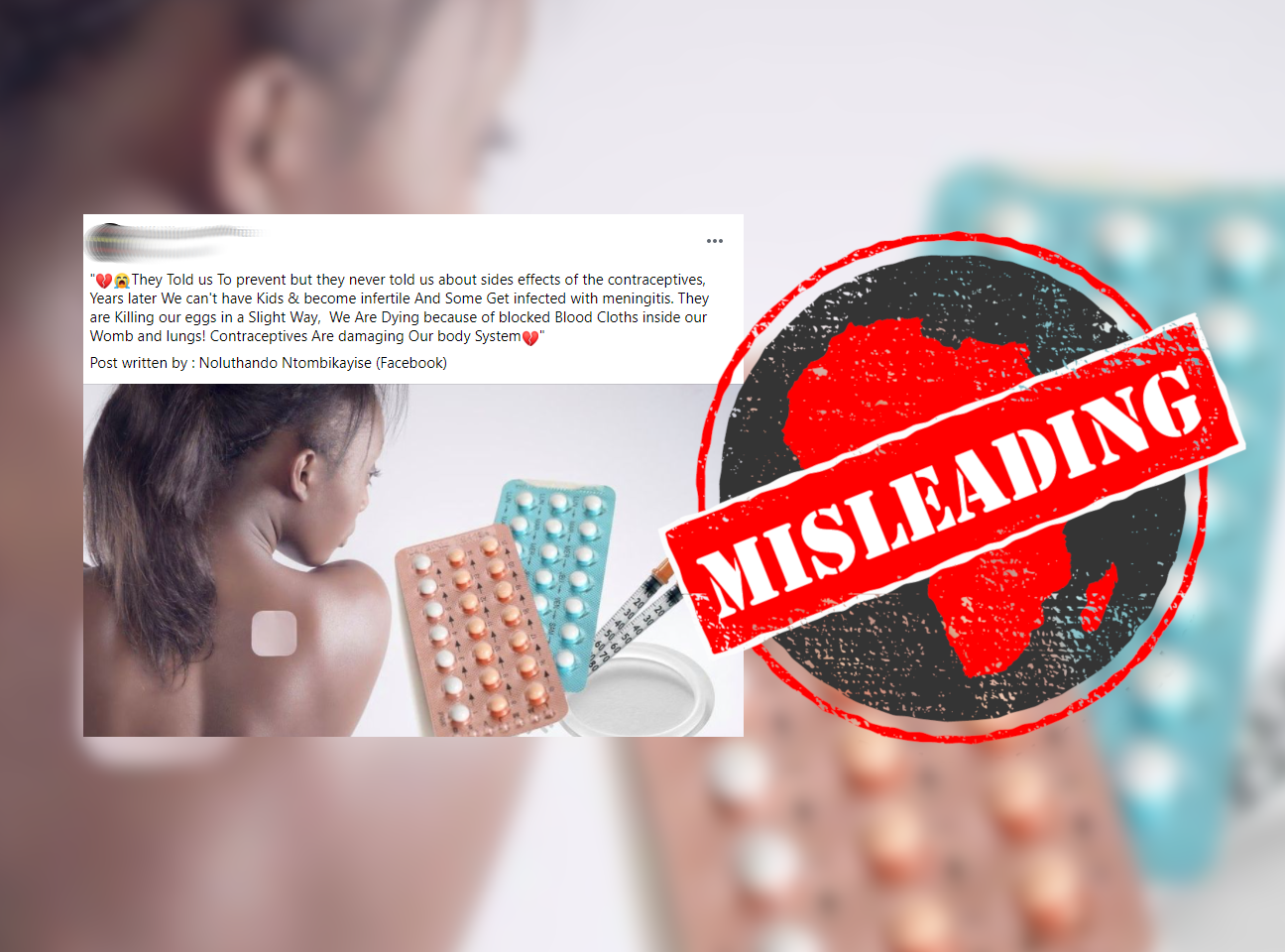 There are several different types of female contraceptive. They include birth control pills, intrauterine devices, implants, skin patches and injections.

According to the Mayo Clinic, a US nonprofit medical centre, contraceptives work in different ways. This includes preventing a woman from releasing an egg (ovulating), changing the lining of the uterus and thickening cervical mucus.

Africa Check asked Prof Helen Teede, an endocrinologist and chair of the National Women’s Health Research, Translation and Impact Network, about the message. She is also the director of the Monash Centre for Health Research and Implementation at Monash University in Australia.

Teede said contraceptives pills and injections did not cause meningitis. She said the claim that they caused blood clots in the womb was also false.

A blood clot in the lung, also known as a pulmonary embolism, can be deadly. According to the Mayo Clinic, the oestrogen in birth control pills “can increase clotting factors in your blood, especially if you smoke or are overweight”.

Teede said that in these cases a doctor should change a patient’s type of contraceptive.

Speak to your doctor

Consult your doctor if you are worried about side effects of your contraceptive. These side effects can include changes in women’s menstrual periods, nausea and sore breasts.

“Side effects are limited and depend on the type of contraceptive the one is using,” Teede said.