A photo of a large heart-shaped body of water in a mountainous landscape is circulating on Facebook with the claim that it shows a “pond” called “God’s hand”, in Zimbabwe.

The Buchwa mountain range is in the Mberengwa district of Zimbabwe’s Midlands. But was the photo really taken there? We investigated. 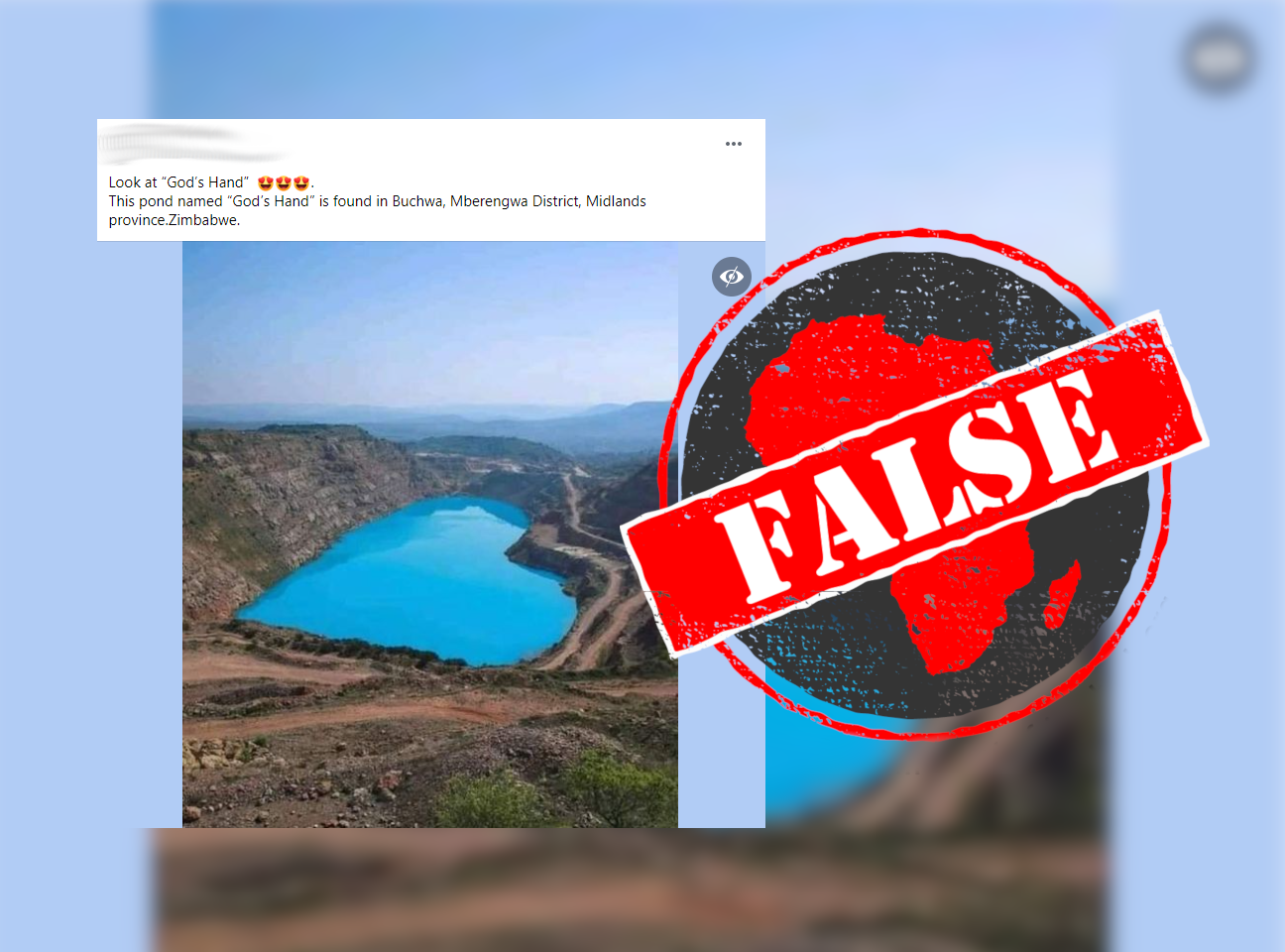 Africa Check uploaded the photo onto TinEye reverse image search, and found it on the Alamy stock image website.

“Sunrise over heart shaped blue quarry lake,” its caption reads. “Fluxing limestone Kadykovsky quarry, Balaklava, Crimea. One of the lowest points of Crimea is in Sevastopo.” The photo was taken in April 2020 and is credited to Mykola Grabchuk.

The Balaklava district is an administrative area of the city of Sevastopol in the Crimean peninsula. Crimea, once part of Ukraine, was annexed by Russia in 2014.

The photo of the quarry lake was taken from an angle that made it appear heart-shaped. Viewed from above, on Google Maps, its shape is less meaningful. Other photos of the lake, found on Shutterstock, bear this out.

The photo shows a quarry lake in Crimea, not “God’s Hand pond” in Zimbabwe.