‘Grow some balls’ quote wrongly attributed to Betty White since 2011

Award-winning US actor Betty White is 97 years old, and has appeared on TV and film for at least 70 years.

She attributes her long life to vodka and hot dogs. She celebrated her 97th birthday playing poker with friends. In 2010 the 1.63-metre actor, then 88, played muddy American football for a US Super Bowl TV ad.

But did she famously question the phrase “grow some balls”?

A graphic shared on Facebook in South Africa attributes a quote to White: “Why do people say, ‘grow some balls’? Balls are weak and sensitive. If you wanna be tough, grow a vagina. Those things can take a pounding.”

Goodreads features it as a “quotable quote”, but tagged “misattributed”. 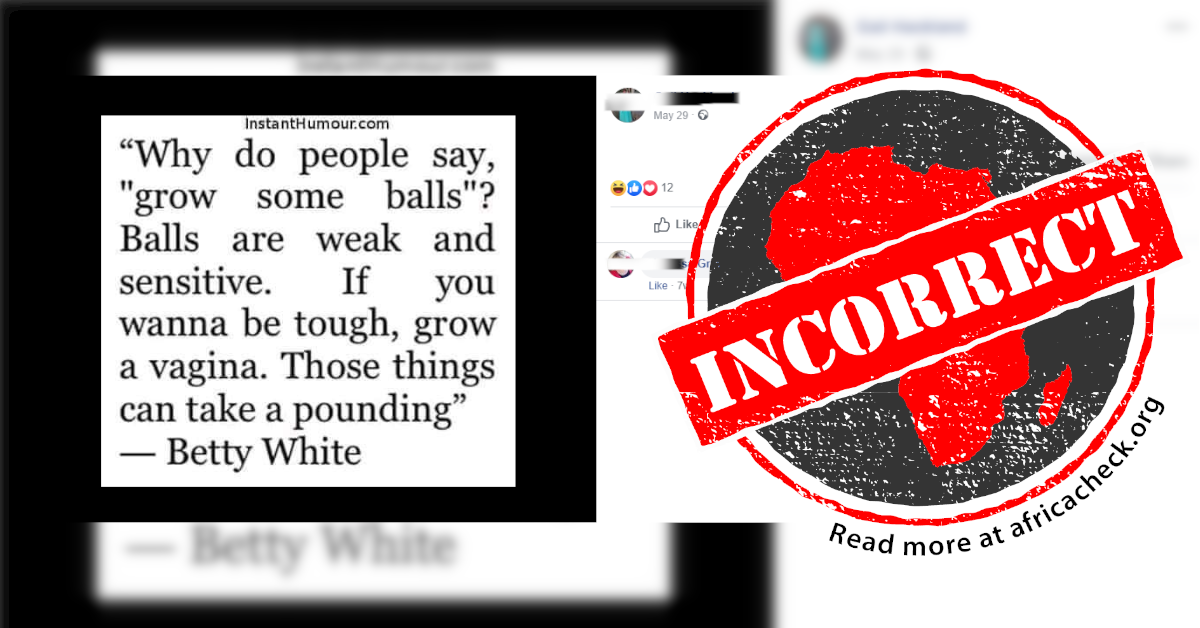 ‘I’d never say that in a million years’


The quote has been circulating online since at least 2011. And White doesn’t like it.

Journalist Michael Cragg quoted it at her in a 2012 interview for the UK’s Guardian newspaper.

“Only those words never passed her lips, and she'd quite like people to bear that in mind next time they see fit to quote it at her, as I have just done,” Cragg wrote.

White told Cragg: “That’s what I hate about Facebook and the internet. They can say you said anything. I never would have said that. I’d never say that in a million years.”