A screengrab posted on a Facebook group with nearly 100,000 members in April 2021 shows Kenyan senator Kipchumba Murkomen speaking on TV. In the background is what the user says is a “half naked woman with a tattoo”. Murkomen is the senator for Elgeyo Marakwet county.

“Shock as a half-naked woman with a tattoo pops up on the zoom background when Kipchumba Murkomen was debating BBI this morning,” the caption claims.

The BBI is the Building Bridges Initiative, which came out of the “handshake” agreement between president Uhuru Kenyatta and his then-rival Raila Odinga in 2018. The BBI seeks to address Kenya’s political, economic, social and ethnic divisions.

The same image with a similar caption was posted on a Facebook page with more than 10,000 followers.

But did a half-naked woman really appear behind the senator during a video link on TV? 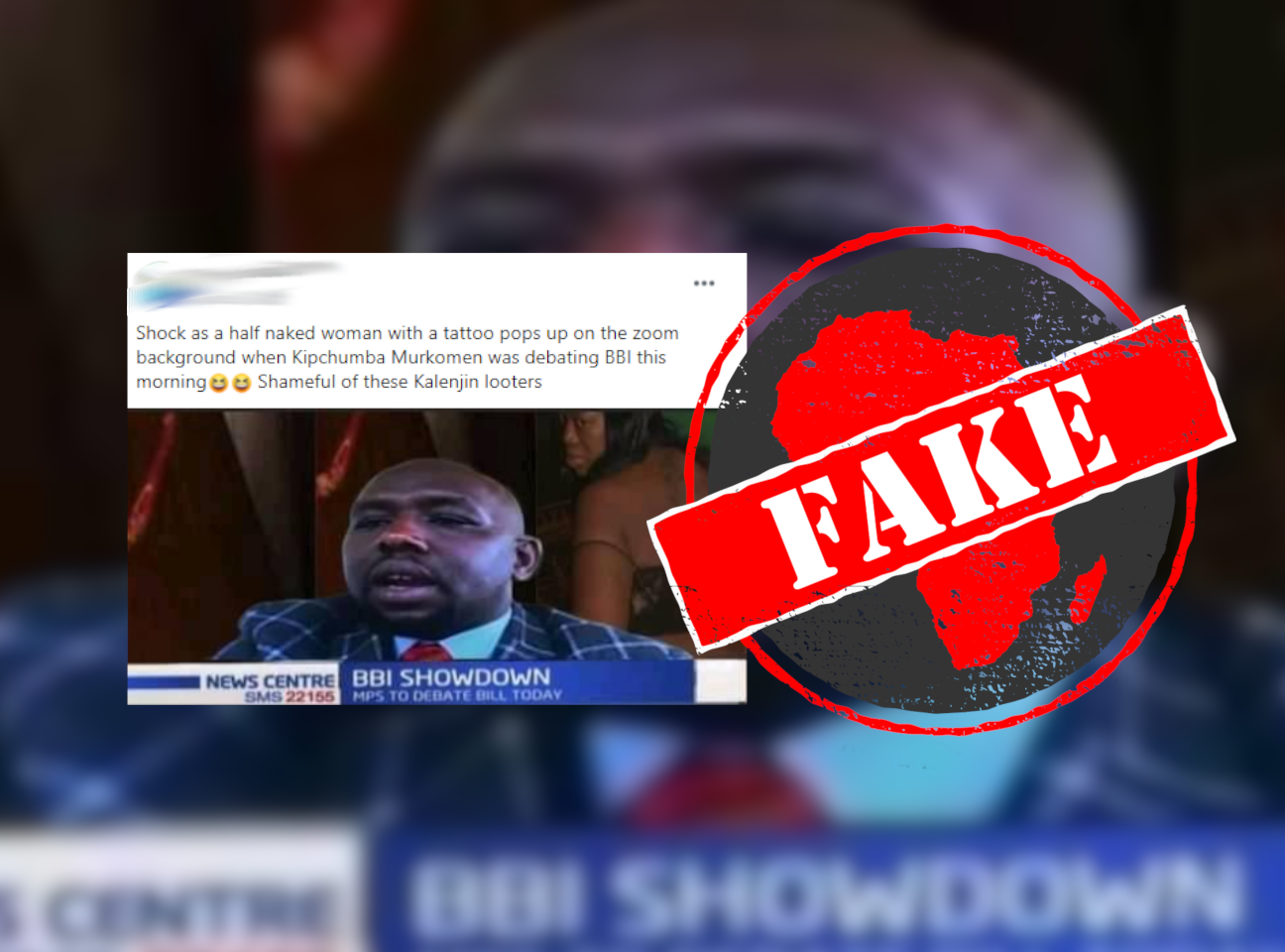 A Google reverse image search of the screengrab brought up a similar image with the logo of KTN News. We went digging for the video by searching the words “BBI showdown” on the YouTube channel of the Kenyan TV station.

We found two videos, but only one had the same wording as the screengrab. The video, posted on 28 April, shows senators debating the BBI bill. Murkomen appears at the 17:34 mark and speaks for less than two minutes. And at no point in his appearance does a “half-naked woman” pop up in the background.

The screenshot has been doctored.