The Facebook page “SA Government Jobs 2020” has been advertising phantom jobs to its tens of thousands of followers.

Some of its recent “vacancies” have been at peanut maker Black Cat and South African Breweries, both private companies the government is unlikely to advertise for. Tiger Brands, the maker of Black Cat, confirmed to Africa Check that the ad for jobs with them was not legitimate.

We also could not find supposed “Grades 3-12” cleaner vacancies on the government’s official vacancies page. The workers would get a salary of R4,000 to R9,500, it claims in isiZulu. A post for the same jobs in English has since been taken down.

Rather bizarrely, the page also calls for applications to receive South African Social Security Agency (Sassa) food parcels in December, attracting hundreds of views on Facebook, according to the platform’s fact-checking system. 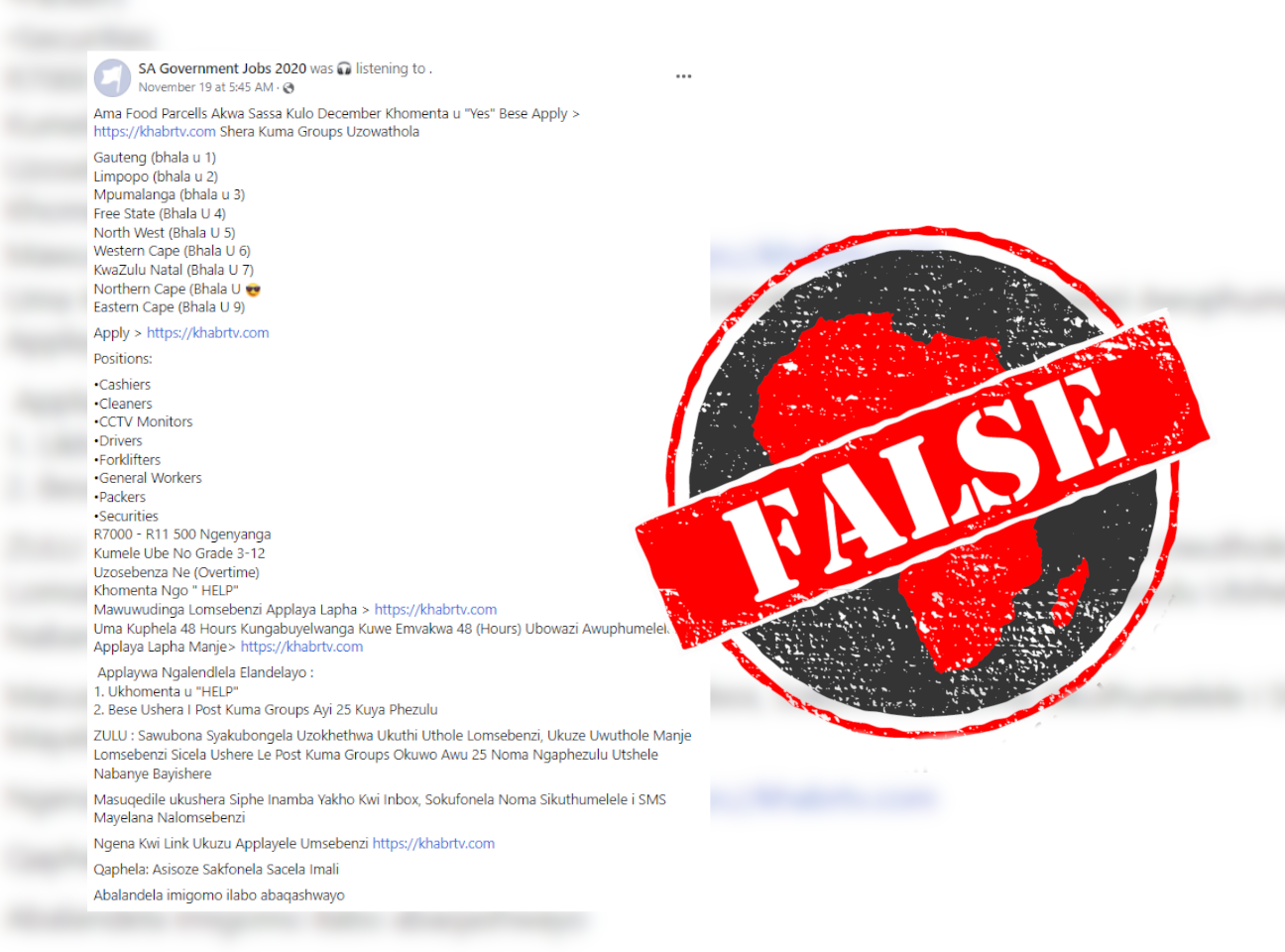 None of the provided links take you to an official page, for the government or the companies.

Instead you are directed to a webpage called KHABR TV, whose categories are in the Urdu language – spoken mainly in South Asian countries such as Pakistan.

The page seems to provide more details about the vacancies. Clicking through the entries sends you to additional links, where you can apply in the various South African provinces.

But these links are dead ends, linking circularly to the same page – myza24.com. Its design is similar to that of KHABR TV.

“SA Government Jobs 2020” also regularly shares links to another Facebook page, “Government Jobs Grade 3-12”, which was created in November 2020 and identifies itself as a “Musician/Band”.

The links on this page also end up at KHABR TV. There is no real way to apply for a job from here, but it’s likely the traffic from Facebook earns the website owner money. Read our in-depth investigation into how these scams work.

The “SA Government Jobs 2020” page and its offshoots are examples of engagement bait – posts that ask people to interact by liking, commenting or sharing. The more people do this, the greater the Facebook page’s reach. Facebook is aware of the tactic and is taking active steps to fight it.

At Africa Check we have tackled similar content before. If you’re asked to share or comment on a job ad before you can be considered for employment, it’s a strong sign that the ad is fake.