A quote attributed to Kenyan legislator Junet Mohamed insulting members of the Kikuyu ethnic group has been posted on Facebook.

This translates to: “Billionaire Kikuyus like SK Macharia and Ephraim Maina and Mt Kenya billionaires are supporting Raila, you small Kikuyu hawker shouting that Raila will never be president and you live in Githurai, what do you have that can be stolen, that Uhuru and Raila can take from you.”

The quote was posted on 25 February 2022, along with a photo of Mohamed. The quote was also published on Twitter.

But did Mohamed really say this? We checked. 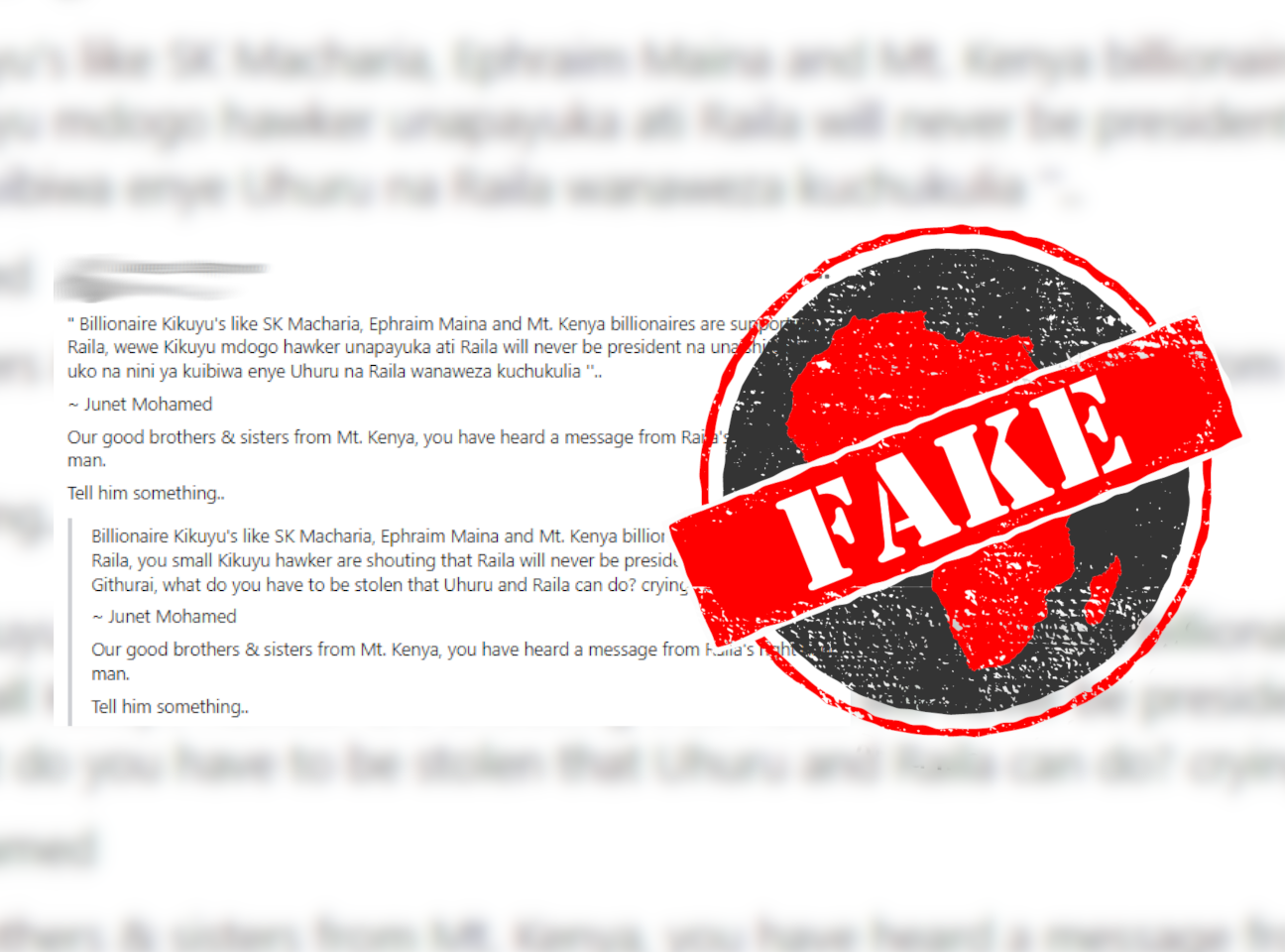 The critical quote appears to be aimed at those opposed to former prime minister Raila Odinga’s presidential bid in the August 2022 general elections. He is supported by incumbent president Uhuru Kenyatta.

Mohamed represents Suna East constituency in southwestern Kenya in the national assembly. He is a member of the Orange Democratic Movement (ODM) where he serves as the director of elections. Odinga is the leader of the ODM.

Kenyan deputy president William Ruto is also running for president in the August elections. He leads the United Democratic Alliance, or UDA.

“Mt Kenya” is a political construct, referring to communities living in the Mount Kenya region, specifically the Kikuyu, Meru and Embu.

Africa Check searched for this quote on Junet Mohamed’s social media platforms but found no evidence of it.

However, we found a post in which the legislator dismissed the widely shared post, stamping it “FAKE.”