A post made in a public Facebook group of one million members claims that former Kenyan prime minister Raila Odinga is dead.

“BREAKING NEWS. Raila is found dead at Karen estate . investigation is currently going on as we speak.!,” reads the post, which has attracted more than 1,300 comments. 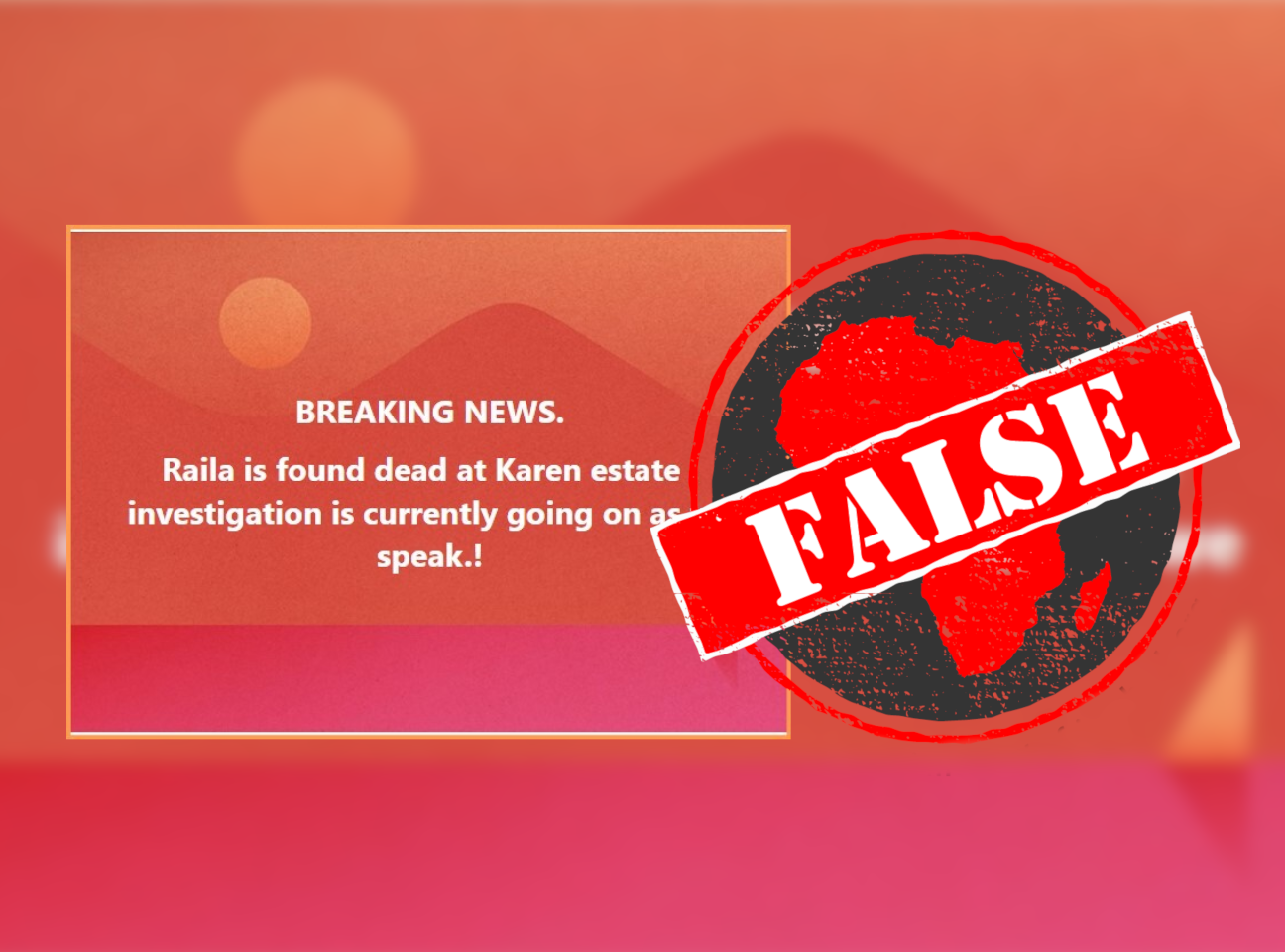 Odinga is vying to become the country’s next president and voted on 9 August 2022 in the general elections. He lives in the Karen suburb of Nairobi.

As a prominent figure, Odinga’s death would be major news, both in the country and internationally. But no mainstream media has reported such news.

Odinga’s key spokespeople have also not publicised such “news”.

And no Kenyan authority has announced an “investigation”.

Such alarmist claims risk raising tensions at a crucial time for Kenya and should not be left unchallenged. Raila Odinga is not dead.