A screengrab posted on Facebook shows a TV broadcast with the chair of the Kenyan electoral commission Wafula Chebukati and the vice chair Juliana Cherera on the screen.

The chyron – the text on the lower part of the screen giving a summary of the broadcast – reads: “SAKAJA HAJAHITIMU Chebukati afichua kwamba Senator hana Degree.”

That’s Kiswahili for: “SAKAJA IS NOT QUALIFIED Chebukati discloses that the Senator has no degree.”

Johnson Sakaja, the senator of Nairobi, is vying to be the city governor in the elections scheduled for 9 August 2022.

The elections law requires gubernatorial candidates to have a degree from a university recognised in Kenya.

The screengrab has the logo of Citizen TV, a TV station in Kenya, and has the words “Bomas Live” on the top right of the screen, indicating that it was a live broadcast from Bomas of Kenya.

But did the commission disqualify the senator, and is the screengrab of a real broadcast? We checked. 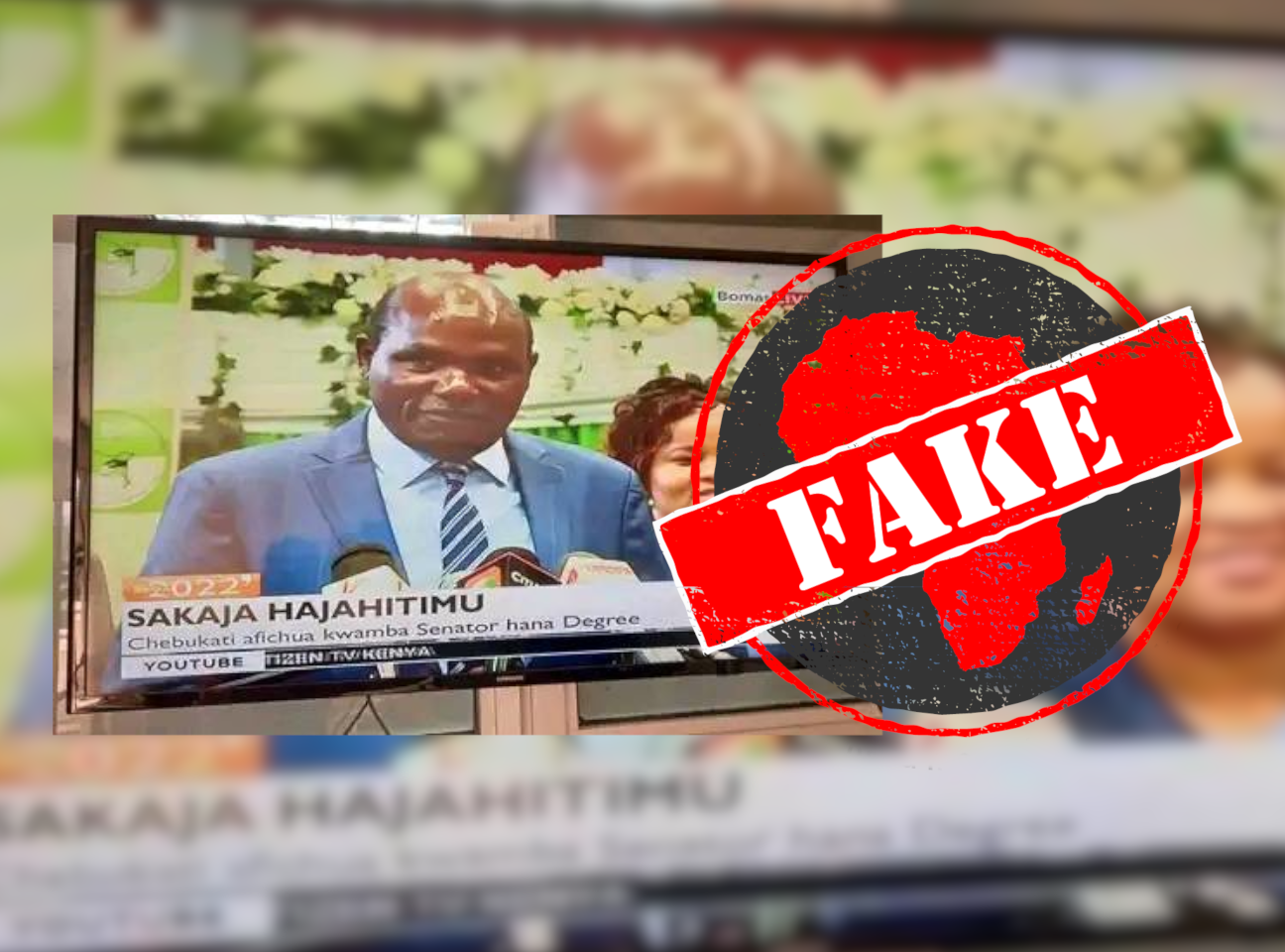 No mention of Sakaja in original video

A reverse image search on Google Lens led us to a screengrab of a Citizen TV broadcast with the chyron reading “Maandalizi ya uchaguzi”.

A Google search led us to a YouTube news video uploaded by Citizen TV Kenya on 2 June, the day the screengrab went viral online.

At no point is there a mention of Sakaja and his eligibility for office. On 19 June, the electoral commission cleared him to vie for the governor’s seat.