Two photos of a man jumping down an embankment onto a dirt road, three people seemingly in pursuit while a crowd looks on, were posted on Facebook in early November 2021 with the claim they show Kenyan politician Dr Boni Khalwale being chased from a rally.

“Happening Now,” its caption reads. “Boni Khalwale is being chased like brukenge in Kakamega after talking bad about Mudavadi.”

“Mburukenge” is a Kiswahili word for monitor lizard. Musalia Mudavadi is the leader of the Amani National Congress party. He has declared interest in running for the presidency in Kenya’s 2022 general election. Khalwale supports deputy president William Ruto, who is also in the running.

But do the photos show Khalwale in full flight, in November 2021, being chased for bad-mouthing Mudavadi? We checked. 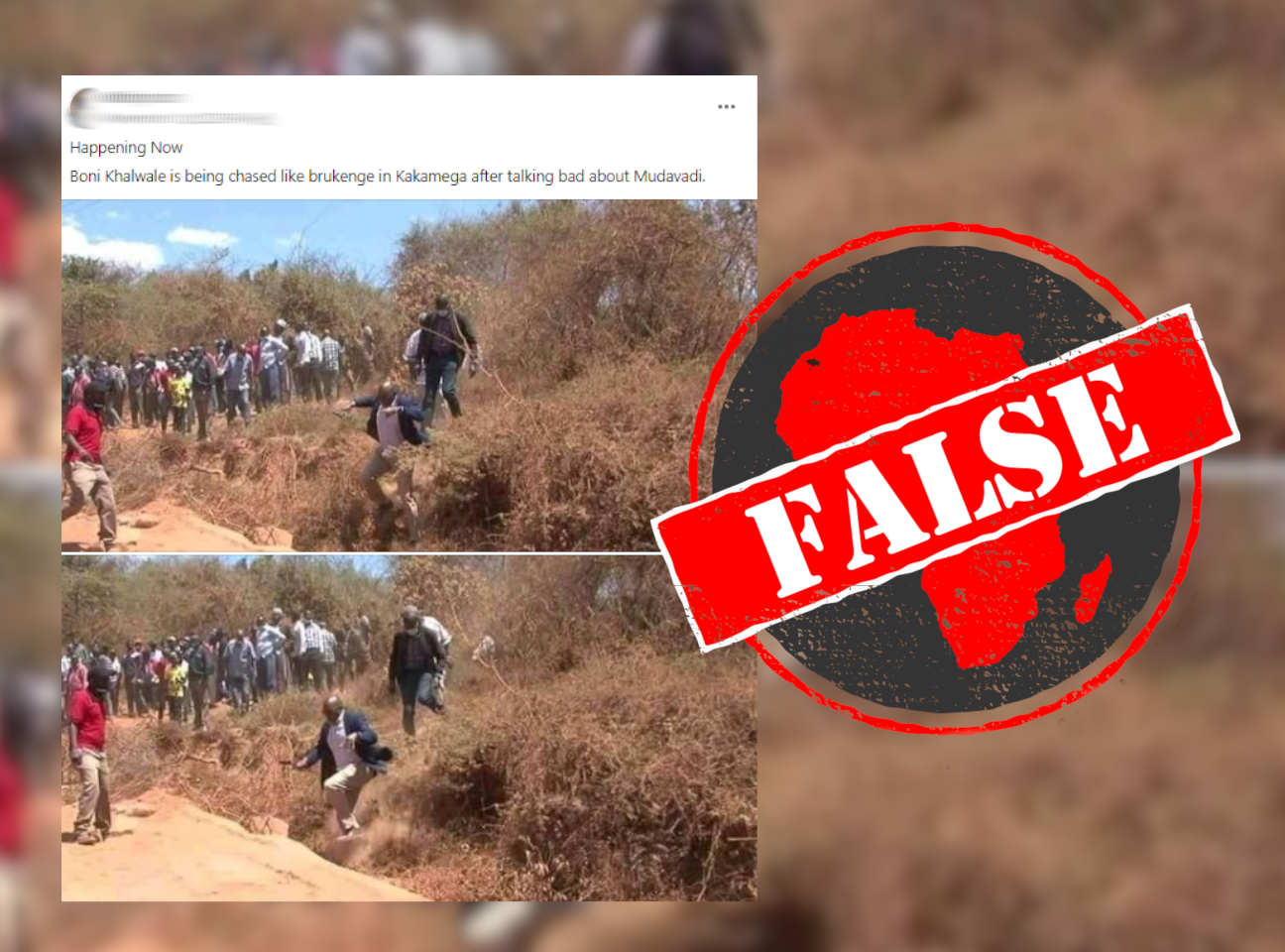 A reverse image search reveals that the photos have been online for more than a year. One of them appears in a September 2020 article on the website Tuko, under the headline: “Embu: Angry Mbeere South residents chase their MP over poor service delivery.”

It identifies the running man as Geoffrey King'ang'i, member of parliament for the Mbeere South constituency in Embu county, who “found himself between a rock and a hard place when residents forced him to flee from a public function”.

“Angry Mbeere South residents who are allegedly tired with their MP's poor performance and non-implementation of his 2017 pre-election promises chased him after he showed up at one of the functions in the region unexpectedly,” it adds.

The photos, and a video of the incident, were also shared on social media at the time.