After Kenyan opposition leader Raila Odinga held political rallies in the central county of Nyandarua in early November 2021, a photo of him on a hospital bed, surrounded by attentive medical staff, was posted on Facebook.

“After a long tour in Nyandarua, Mzee was finally airlifted to Nairobi,” the long caption begins. It later adds: “Quick recovery and move at your own pace Baba.”

“Mzee” is Kiswahili for “old man”. The 76-year-old Odinga, a former prime minister, is commonly called “baba” – “father” – in Kenya. He is likely to contend the country’s 2022 presidential election, although his formal declaration is due only on 9 December.

But does the photo really show an ailing Odinga on a hospital bed after his November 2021 Nyandarua campaign? 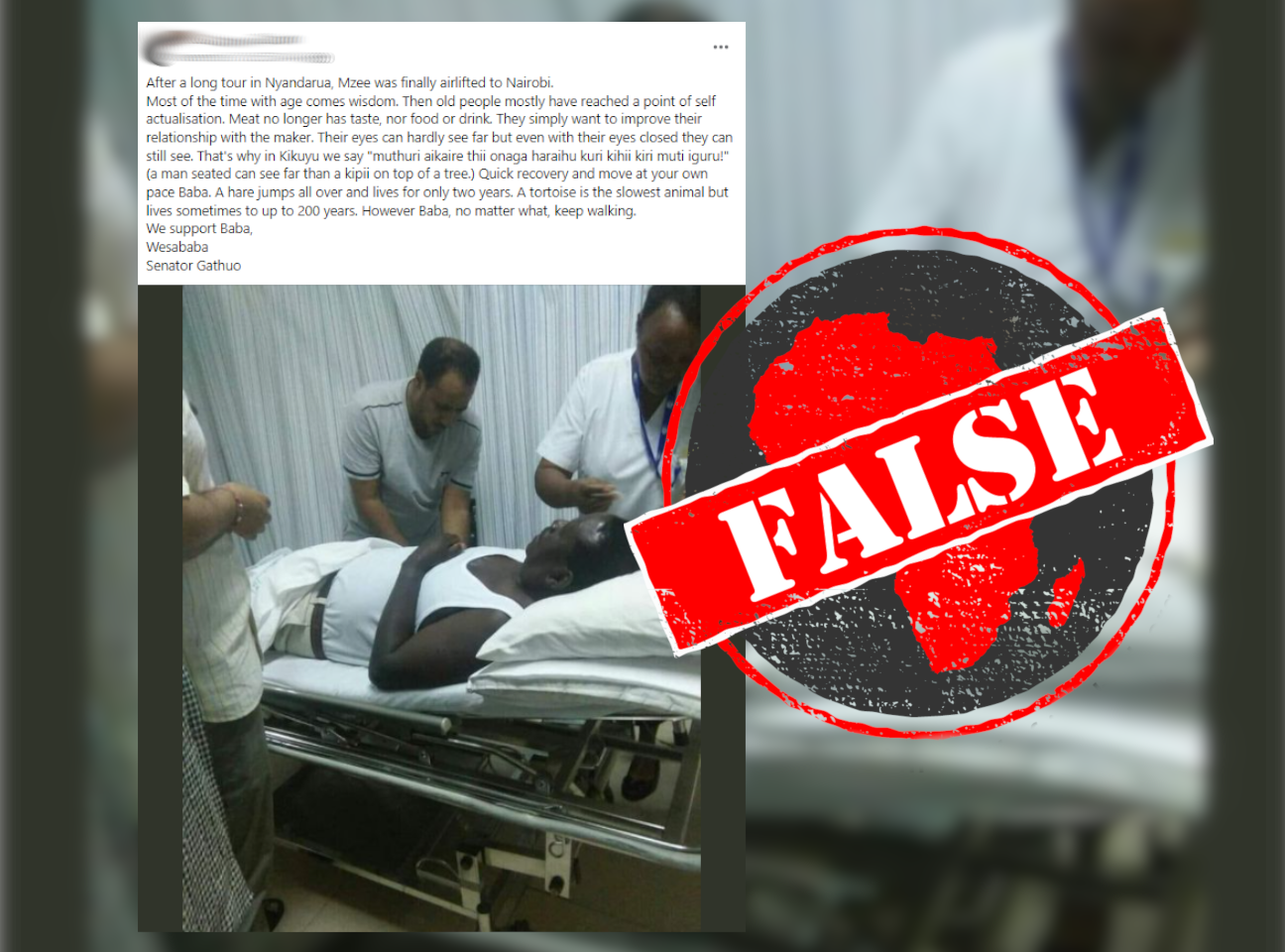 It appears in a July 2017 Nairobi News article under the headline: “Raila rushed to hospital over suspected food poisoning.”

“Mr Odinga’s spokesman Dennis Onyango said the former Prime Minister was taken off the plane on his way to Nairobi after Mombasa Governor Hassan Joho realised he was unwell,” the article reads.

It adds: “Reports indicated that, while at the airport, Mr Odinga’s colleagues, who included Siaya Senator James Orengo, prevailed upon him to cancel the trip although he felt that there was no need.”

The photo does not show Odinga in November 2021.