An image that seems to show deputy president William Ruto handing a bundle of cash to Wafula Chebukati, chair of Kenya’s electoral commission (IEBC), was posted on Facebook on 21 July 2021.

“IEBC is already biased. You now know who controls it. No wonder Kiambaa By-election was rigged,” its caption reads.

The image was also posted on a Facebook page with more than 130,000 followers with the comment: “SO, HIVO NDIO KULIKUA.” From Kiswahili, this translates as: “So this is how it was”.

But what does the image really show? We checked. 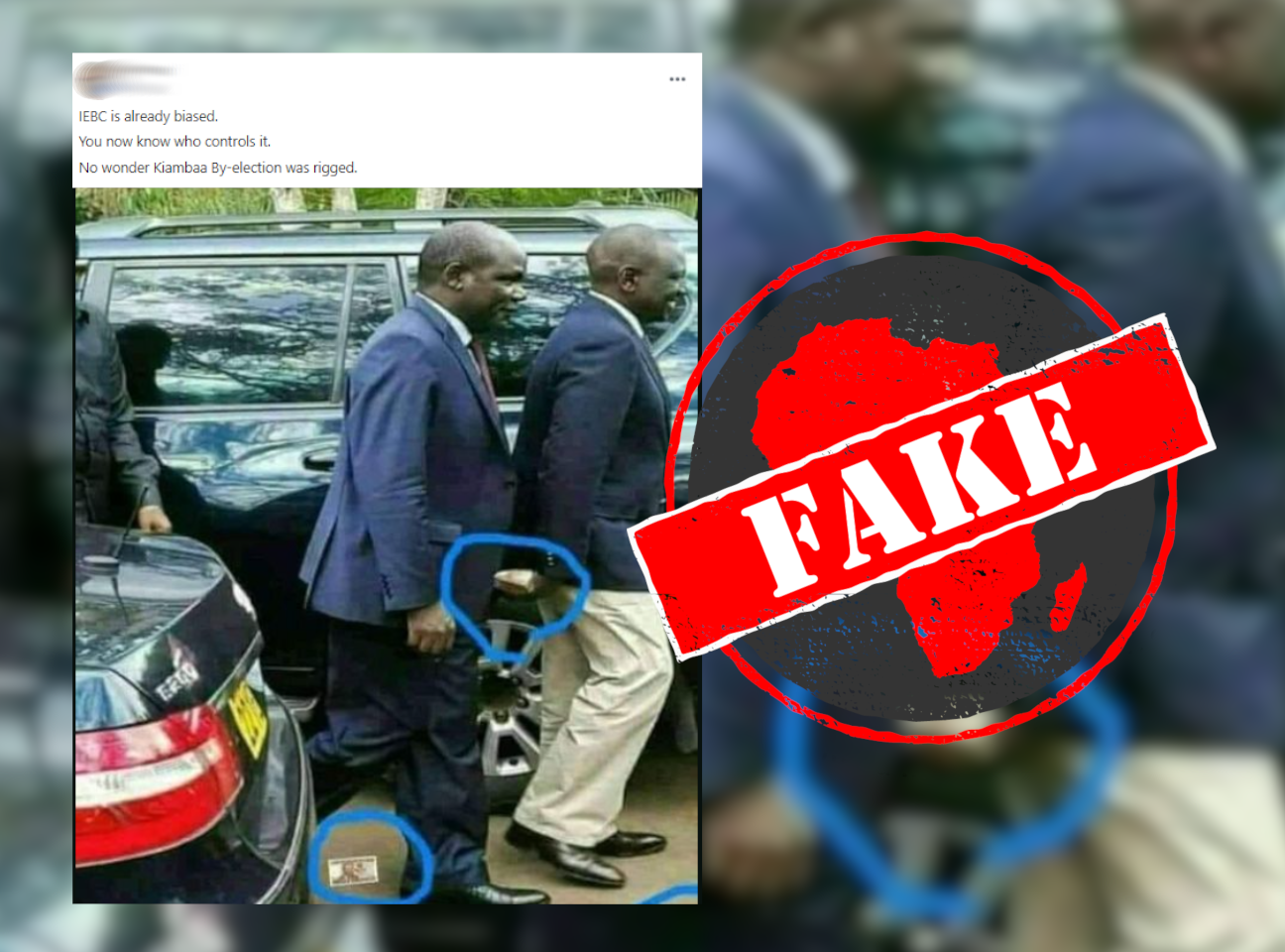 A Google reverse image search reveals that the original photo, first seen online on 3 October 2017, shows Ruto attending an IEBC meeting at the Bomas of Kenya.

A cropped version of the photo was published on the Star website and credited to Luke Awich, a political reporter.

Part of its caption reads: “IEBC chairman Wafula Chebukati with Deputy President William Ruto during their meeting at Bomas of Kenya in Nairobi.”

A further search located the full photo, on the Tuko website. In this version it’s clear that Ruto is not holding a bundle of cash.