“Machakos was a shame; Ruto scolds Muthama, allies,” reads the headline of what seems to be the front page of Kenya’s Saturday Standard newspaper for 20 March 2021, posted several times on Facebook.

A summary adds: “In a tense meeting held at Karen residence on Friday afternoon, the DP annoyingly lectured his core Tanga Tanga team, at one point referring to the UDA secretariat as the epitome of failure.”

The front page photo shows deputy president William Ruto with Johnstone Muthama, chairperson of the United Democratic Alliance party. While Ruto is a member of the ruling Jubilee Party, he is also associated with the UDA. That party recently failed to clinch the Machakos county senatorial seat.

But did the Saturday Standard really report that Ruto had “scolded” Muthama and other allies for losing the senate race? We checked. 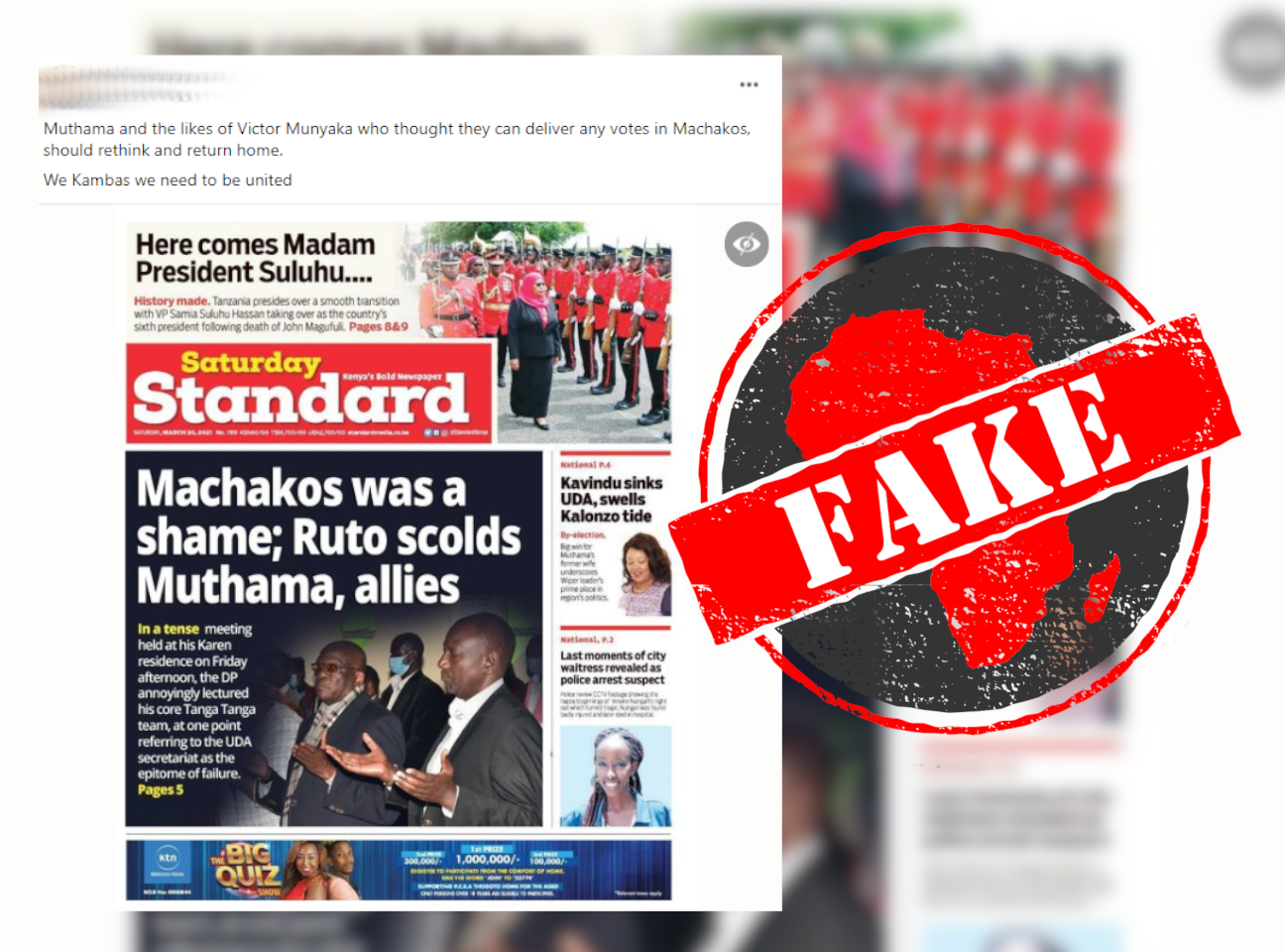 Headline on ‘deadly wave’ of Covid-19

The real front page headline is: “Pain and tears of deadly wave.”

The summary reads: “On the day Kenya recorded the highest number of deaths since the outbreak of virus in the country, VIPs and ordinary Kenyans jostle for space in overwhelmed hospitals. The next few days will prove decisive.”

Below are photos of opposition leader Raila Odinga and Meru county governor Kiraitu Murungi, alongside a graphic with Covid-19 statistics.

The front page claiming Ruto scolded his allies is fake.