A statement circulating on social media claims that Kenya’s Independent Electoral and Boundaries Commission (IEBC) has approved 6,000 new polling stations ahead of the August 2022 general elections.

It shows the IEBC’s logo and is headed: “CLARIFICATION ON THE ADDITIONAL 6,000 POLLING STATIONS.”

It appears to have been signed by IEBC chairperson Wafula Chebukati.

Some social media users who have posted the statement say the commission is biased. They claim the new polling stations are to be set up in areas considered to be the political backyard of deputy president William Ruto, who is vying for the presidency.

Ruto leads the Kenya Kwanza alliance. In the elections he will face Orange Democratic Movement leader Raila Odinga, who is also the Azimio la Umoja One Kenya coalition presidential candidate, and two other candidates.

But is the statement authentic? We checked. 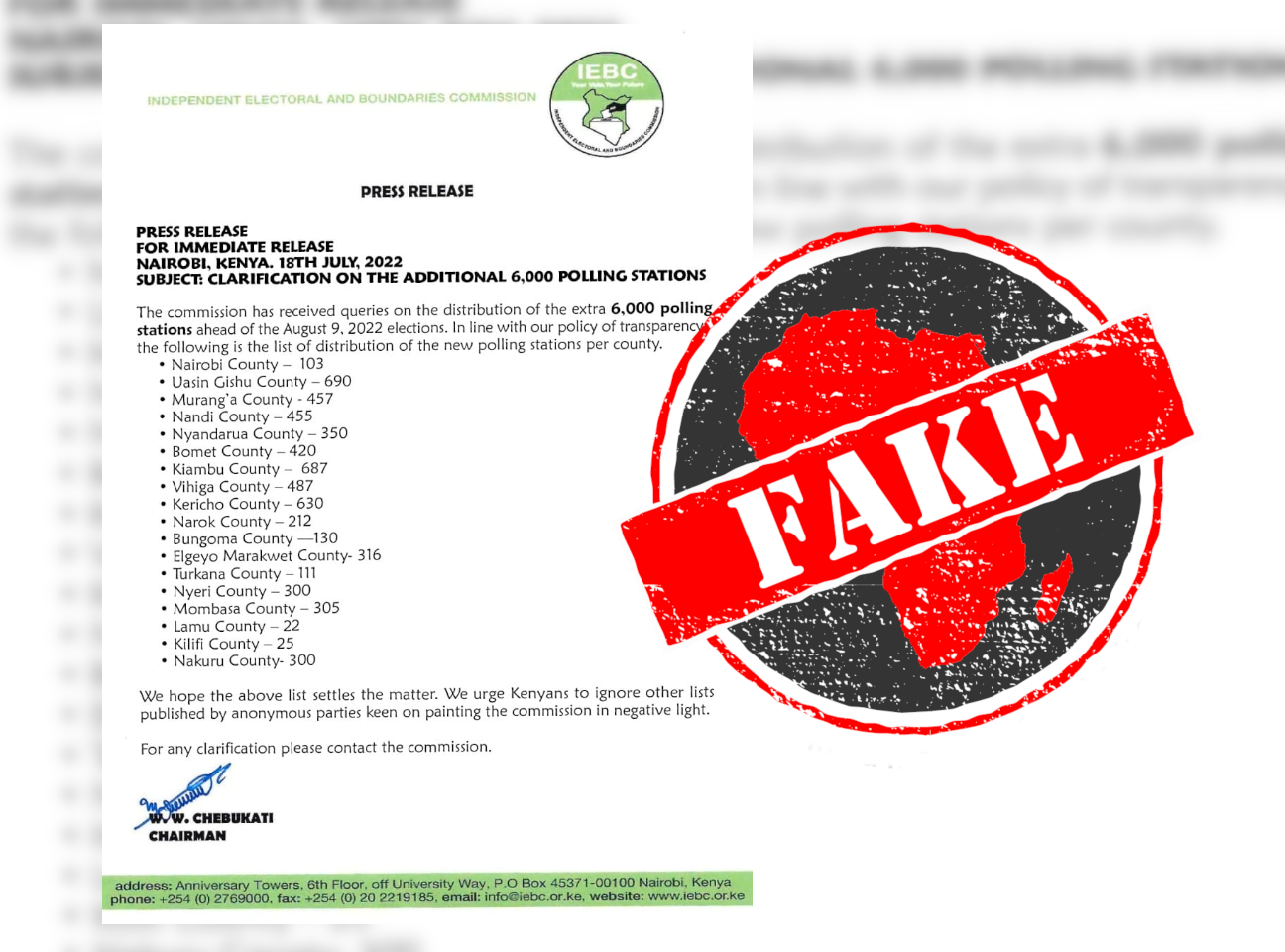 We searched for the statement on the commission's social media pages and came up empty.

Such misinformation could stoke political tensions if the election is perceived as not fair.