What appears to be a “public notice”, posted in a public Facebook group with over 42,000 members, claims Kenya’s lands ministry wants to reposs “public land illegally allocated to private developers in Nairobi”.

The notice reads: “Pursuant to the review of the Sectional Properties Act 2020 and in line with President Uhuru Kenyatta’s fight against graft, the ministry plans to reclaim public land, including from government officials and beneficiaries of illegal allocations.”

A user on Facebook shared the notice with the caption: “The land on which Weston Hotel which is owned by Kenyan Deputy President William Ruto is built to be repossessed as public land among other 13 pieces which have been gazetted by the Ministry of Lands and Physical planning Cabinet secretary Farida Karoney.”

The notice lists the plots of land apparently affected. But this information can’t be found on any official news platforms or the official communication platforms of the Ministry of Lands and Physical Planning.

Did the ministry really issue the notice? We checked. 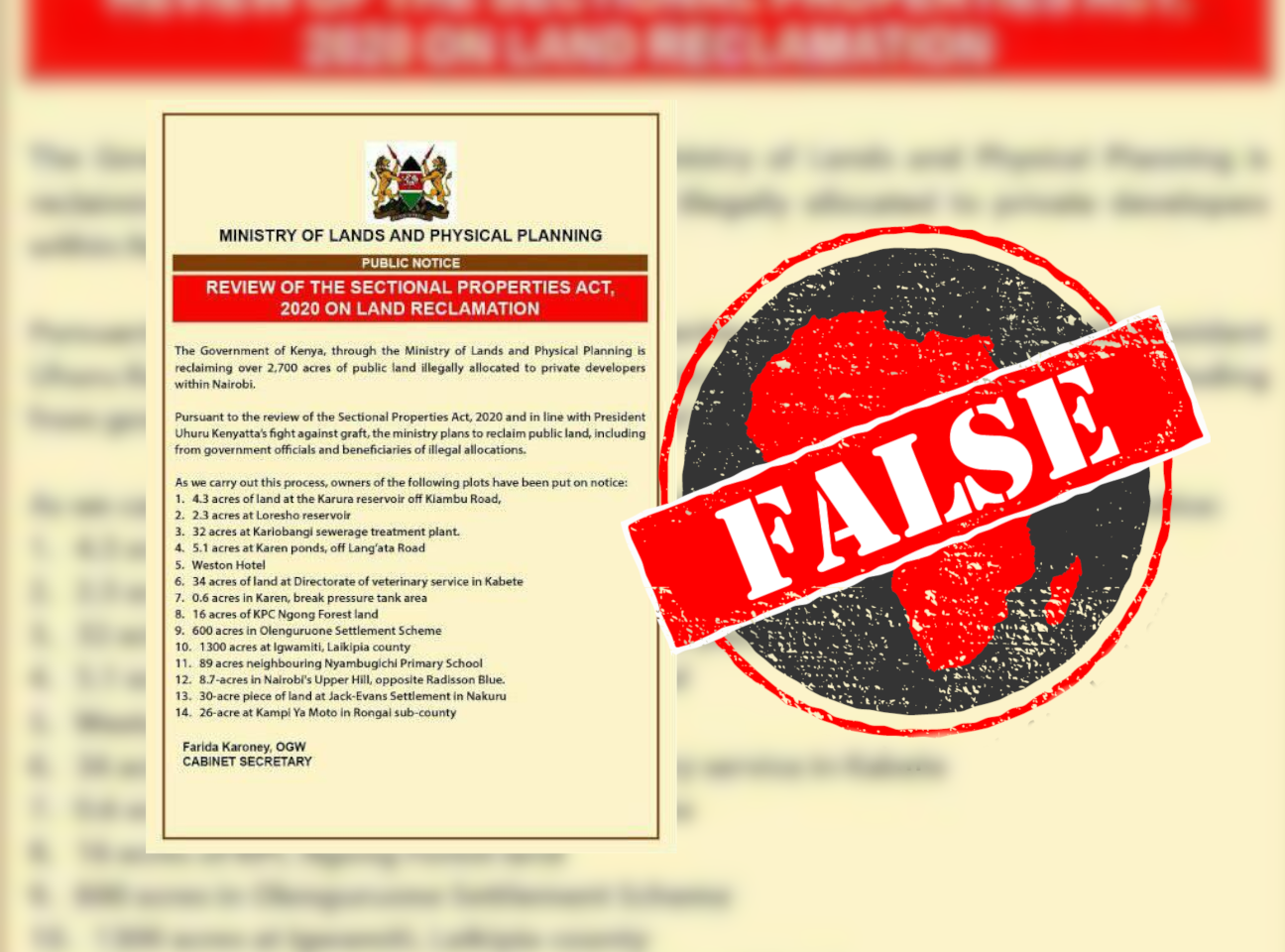 The lands ministry shared the circulating public notice on its official Twitter account. It had stamped the notice as “fake” and urged the public to disregard its contents.

The tweet told Kenyans only to trust official notices shared through the ministry’s verified social media accounts and those of the cabinet secretary Farida Karoney.