IN SHORT: A photo of two men holding what appear to be human skulls has spread like wildfire across Kenyan social media, with claims the two were arrested in Kenya. But that’s only half the shocking story – the arrest was made in northeastern Nigeria, not Kenya.

A photo showing two men holding what seem to be human skulls, sitting next to a suitcase full of bones, is circulating in Kenya.

It has been posted with the claim that they were arrested in the country.

“Two arrested with human bones. They said they use them to make bracelets in Kiambu county,” one caption reads. Kiambu county is just north of the Kenyan capital Nairobi.

The photo started being shared soon after a politician from Kiambu was arrested on 14 October 2022 on suspicion of murdering her husband. Many users sharing the photo mention the county, suggesting the two events can be compared or imply something about Kiambu.

A different user claimed it showed men from the Kisii community in Kenya.

But does the photo show two men arrested in Kenya with human bones? We checked. 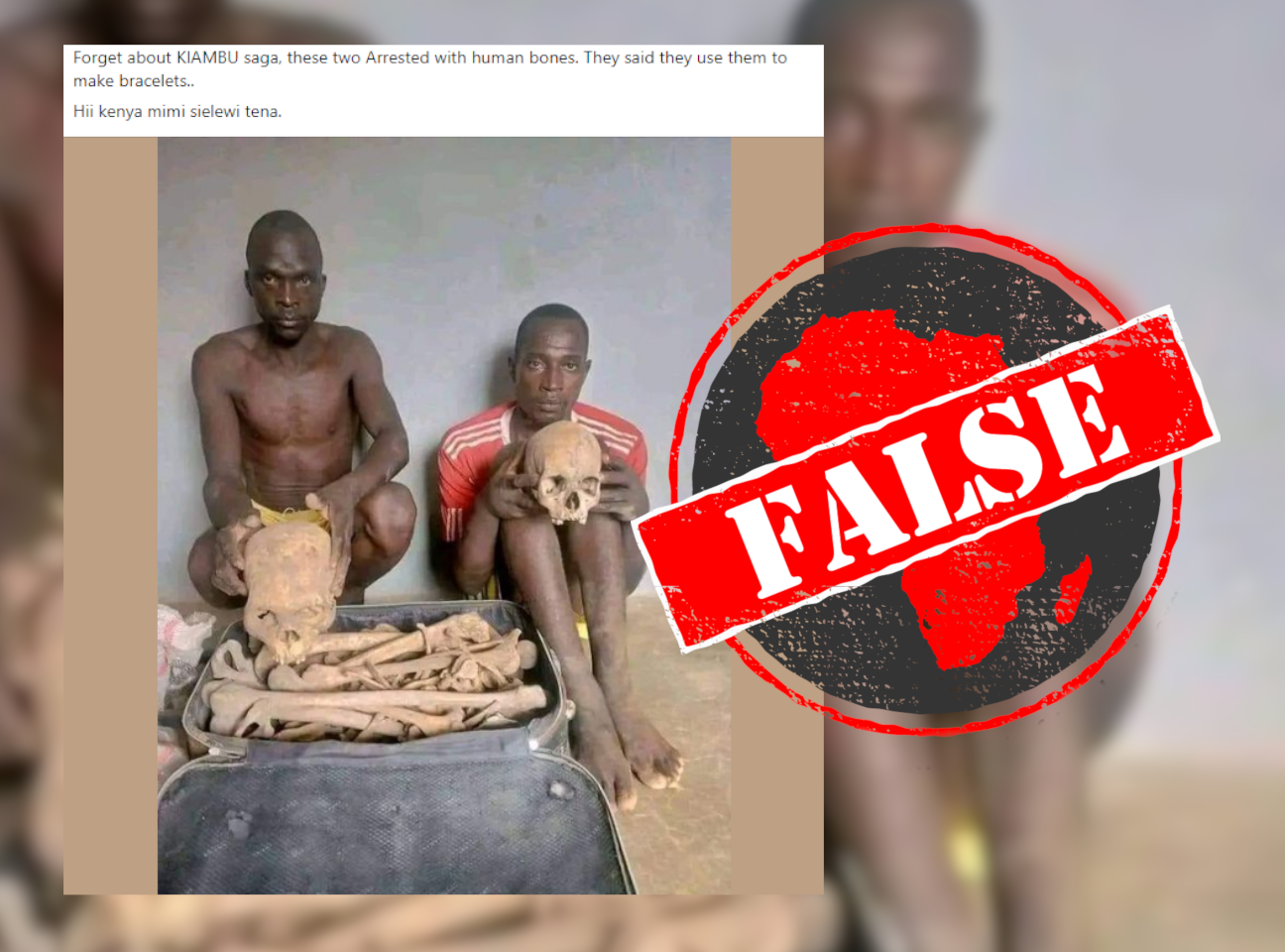 A reverse image search of the photo reveals it was first published by local media outlets in Nigeria.

They report that the photo shows two men who were arrested by police in Adamawa state in northeastern Nigeria on 11 October.

According to one article, the two “were in possession and trading in human skulls and several human bones in Garware village, Fufore Local Government Area of the state”.

The article added that the men were Cameroonian and that two others were also arrested “in connection to the alleged crime”.

There have been no credible reports in the media that this arrest took place in Kenya.