Nigerian penises in Chinese soup? No, Turkish stew made with stuffed sheep’s stomach

“Nigerians penis is now Chinese pepper soup,” reads the caption of a viral video posted on Facebook in April 2021.

The video shows a pot of soup or stew with large chunks of meat that vaguely resemble penises. A voice speaking a foreign language can be heard off camera. The logo of the social media site TikTok is in the upper left corner.

The post has been viewed more than 500,000 times so far. It has been reposted with some variations to the caption. One version says the video shows Nigerian penises in Chinese and Arab pepper soup. Another adds: “Everyday young people get missing in nigeria without knowing that their penises are being served as breakfast in China.” 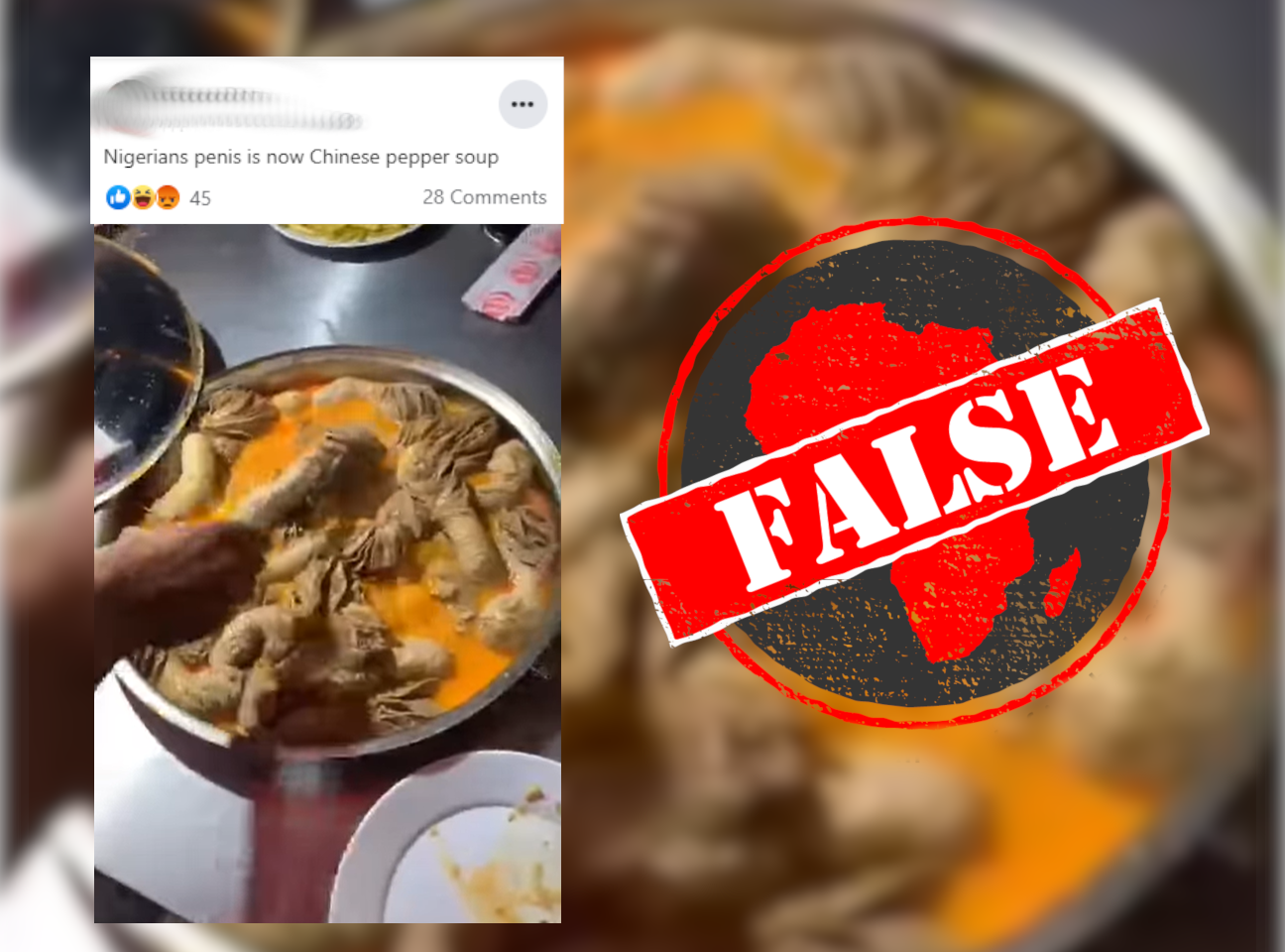 The original TikTok video was posted on 2 September 2020 and appears to be authentic. Its hashtags are in Turkish and its caption reads: “Şırdan severler belli edin kendinizi 😋😋.” A machine translation of this is: “Şırdan lovers, make yourself known.”

Şırdan is a popular street food delicacy from the city of Adana in Turkey. It is made with sheep’s abosanum, one of the four compartments of the stomach. The organ is cleaned, stuffed with rice and spices, and cooked in a red stew.

A video on YouTube shows how the dish is prepared. Once the abosanum is stuffed, sewn together and boiled in the stew it begins to take on a more phallic appearance. Stock photos and photos on Instagram show what the dish looks like when served.

The video does not show Nigerian men’s penises in a Chinese pepper soup. It’s a stew, a Turkish delicacy, made with stuffed sheep stomach.