“South Africa 13 Children have died from the Mandatory Covid-19 Vaccines in their School and No News Media Coverage!” says a tweet posted on 27 October 2021.

The tweet includes a video of the bodies of children in light green and yellow uniforms laid out in a row on the floor. Around them stand adults who are screaming and crying. It is not clear who took the video or where it was filmed.

The claim has been posted multiple times on Twitter. But how did these children die? We investigated. 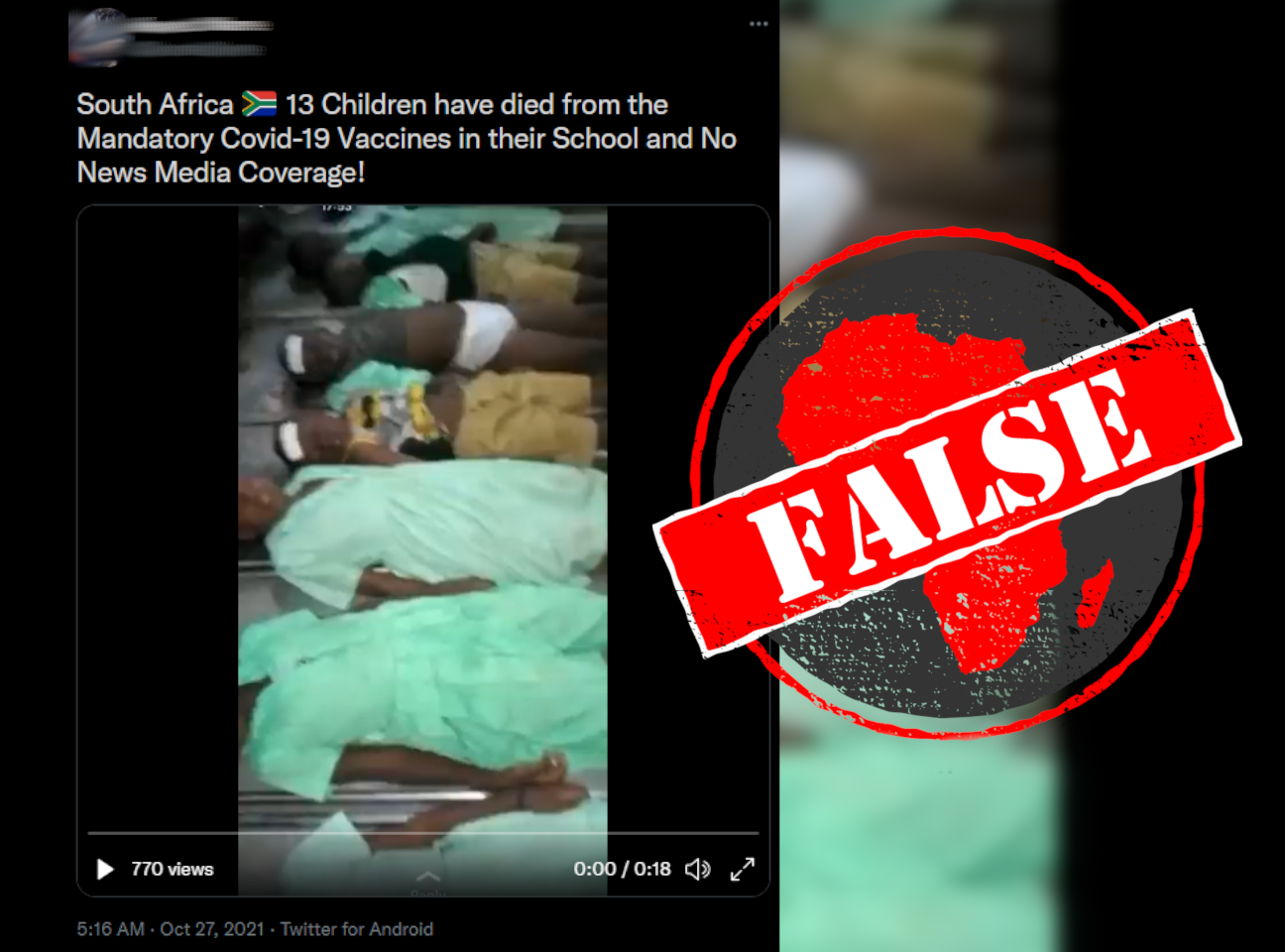 Video of aftermath of stampede in Kenya

A reverse image search reveals that the video first started circulating online in March 2020, at the start of the Covid-19 pandemic and months before vaccines against the disease were developed.

It was falsely reported that the video showed children in Nigeria who had died after eating poisoned food at a birthday party.

But the video was actually taken in Kenya. On 3 February media outlet NTV Kenya reported that 13 school children had been killed and 40 others injured in a stampede at Kakamega Primary School in Nairobi.

The children in the TV report are wearing the same light green uniforms. Another video report published by Africa News shows children at a hospital in the same uniforms.

The incident was widely reported by local and international media outlets.

No mandatory vaccines in South Africa

South Africa’s Covid-19 vaccine programme includes the Johnson & Johnson and Pfizer jabs. But South Africa’s government has not made vaccination mandatory. Some businesses have decided that employees must be vaccinated.

In October 2021, the country’s health department opened up the vaccination rollout to children aged 12 to 17 years. But we could find no evidence that any schools have made Covid-19 vaccines mandatory for students and the 13 children shown in the viral video did not die from receiving the vaccine.