A “literally of life and death” message on Facebook claims antiperspirant deodorants cause breast cancer, particularly “near the armpit”.

“Most products on the market are a combination of anti-perspirant/deodorants,” it reads. “Deodorant is fine, ANTI-PERSPIRANT, NO. The concentration of toxins causes cell mutation: CANCER.”

It says the body eliminates toxins in sweat, and can only do this from a few areas: behind the knees, behind the ears, “the English area”, and armpits. Antiperspirants “prevents you from perspiring, thereby inhibiting the body to eliminate toxins through the armpits. These toxins do not magically disappear.”

The message adds that “harmful chemical components” in antiperspirants penetrate the body, particularly of women who shave their underarms.

Antiperspirants reduce sweat, particularly from the armpits. Their most common active ingredients are compounds of aluminium, which block sweat pores for a short while.

Breast cancer mostly afflicts women, although men can also get the disease. But do antiperspirants really cause breast cancer? 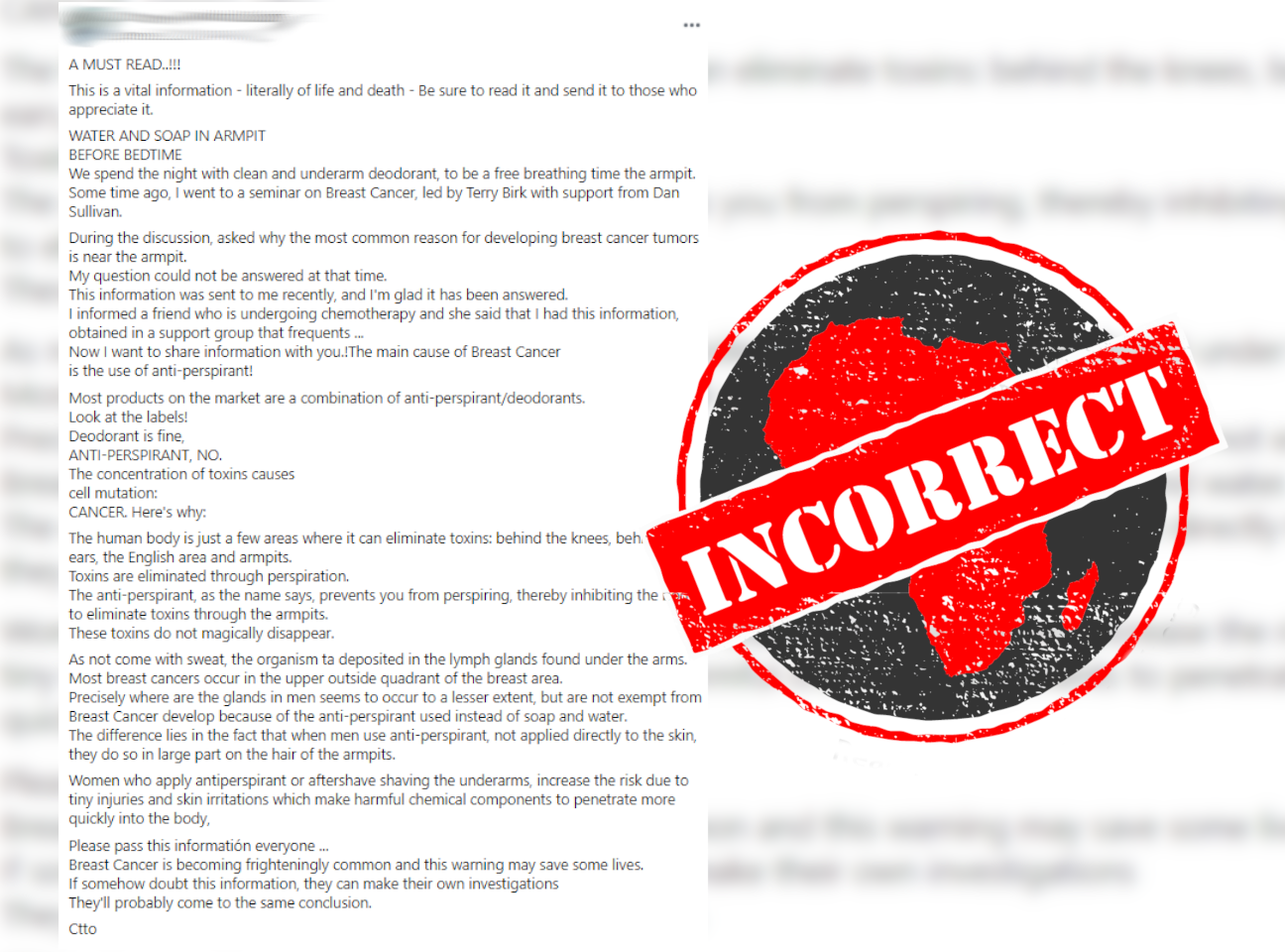 The idea that antiperspirant deodorants cause cancer was a “long-held misconception”, he told us. He referred us to an article on the website of the “highly authoritative” American Cancer Society, which “thoroughly and clearly” debunked the claim.

“For each paper that suggests a possible link” between antiperspirants and breast cancer, Marais said, “there is one to prove it doesn’t”.

She dismissed the Facebook message’s claim, particularly that they cause breast cancer “near the armpit”.

“​The statement about the ‘site’ of breast cancer and the use of antiperspirants is totally a nonsense statement,” Poole said.

“No scientific evidence links the use of these products to the development of breast cancer.”