A screenshot of an article with a strange headline – “MP Nassir pressed hard to explain why he carries a skull to parliament” – has been shared on Facebook in Kenya.

The article appears to have been published on the website of the Guardian, a leading UK-based newspaper.

According to the article Abdullswamad Nassir, member of parliament (MP) for Mvita constituency in Mombasa county, was arrested at Jomo Kenyatta International Airport in the capital Nairobi. His crime? Transporting a human skull.

Part of the article visible in the screenshot reads: “Mvita MP Abdulswamad Nassir was reported to have moved with the skull from the National Assembly. He was heading to Mombasa when he was arrested, police report indicates.”

It explains that the MP was briefly held at the airport police post before being released “pending further investigations”.

According to the article “the MP revealed that he carries the skull to help him remain in leadership despite his poor performance as a legislator”.

But did the international newspaper really publish this story about a Kenyan legislator? We checked. 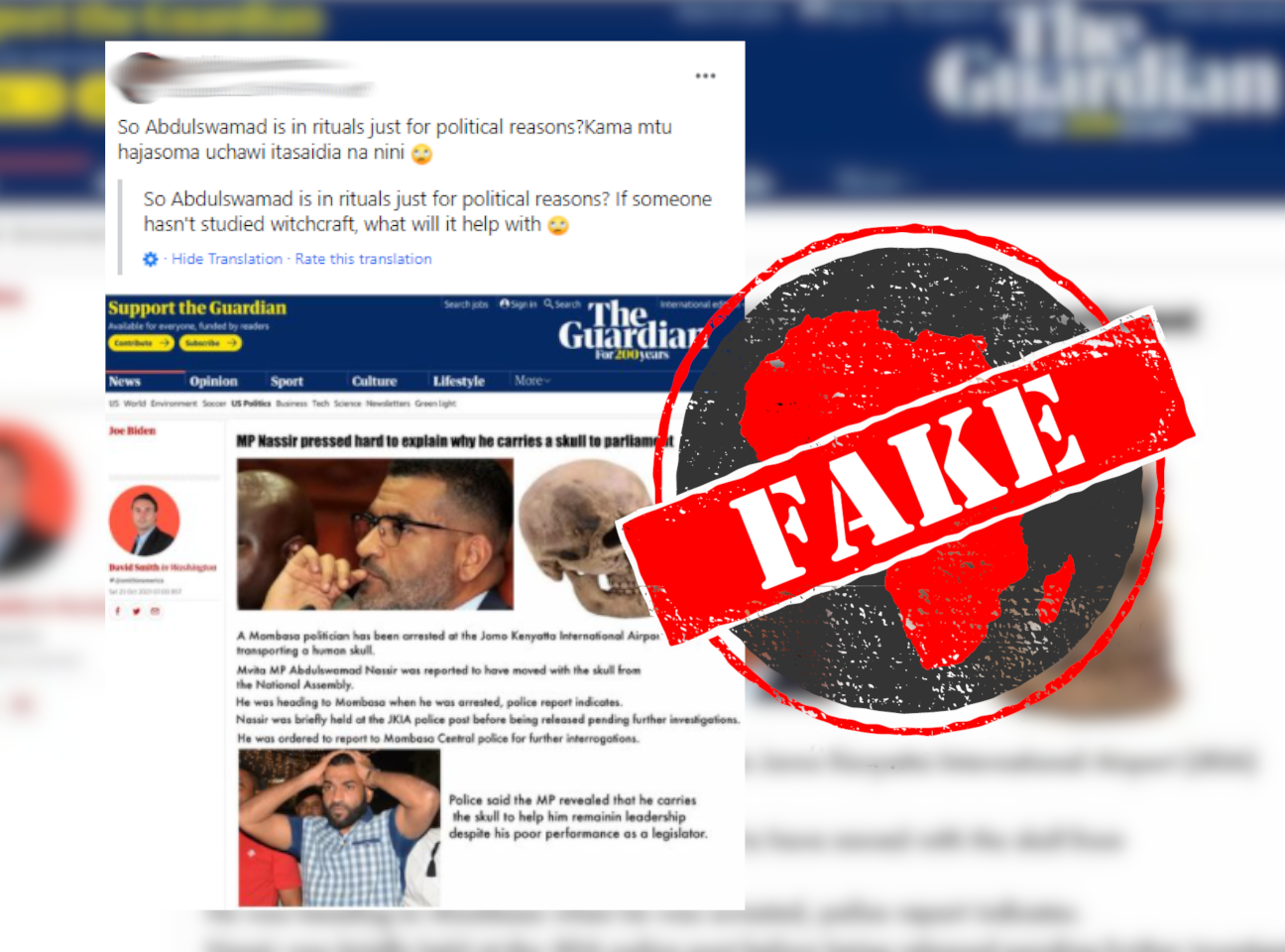 No evidence for alleged arrest

Africa Check searched for an article with this headline online but came up empty.

There are a number of hints that the screenshot has been digitally manipulated.

The font of the article is not the same as the one usually used on the Guardian website, and the formatting is also different.

Africa Check looked for the author David Smith on the Guardian website. He is the Guardian's Washington DC bureau chief. We then searched for an article written by him and published on 23 October at 7am.

And we did find an article about Biden, with the headline “‘We need him to deliver’: Biden faces wrath of disappointed supporters”.

At no point in the original article are Kenyan politics or MP Abdullswamad Nassir mentioned. We could find no other trustworthy reporting on the alleged arrest. The screenshot shared on social media was photoshopped.