A graphic shared on Facebook in South Africa is headlined: “The side of Beyoncé they don’t want you to know about.”

It then recounts a story of the famous popstar giving money to a young girl sitting crying on the street. It claims Beyoncé Knowles, usually known as Beyoncé, gave the girl US$3,000 and “believe it or not, that very girl grew up to be Hilary Clinton”.

The graphic shows a colour photo of the singer, dressed in a white tank-top and denim shorts, and a black-and-white portrait of a young girl, who resembles the US politician Clinton.

Facebook users were quick to comment that the claim couldn’t be true, with one saying “there's 30 seconds I won't be getting back”. Could the maths here possibly check out? 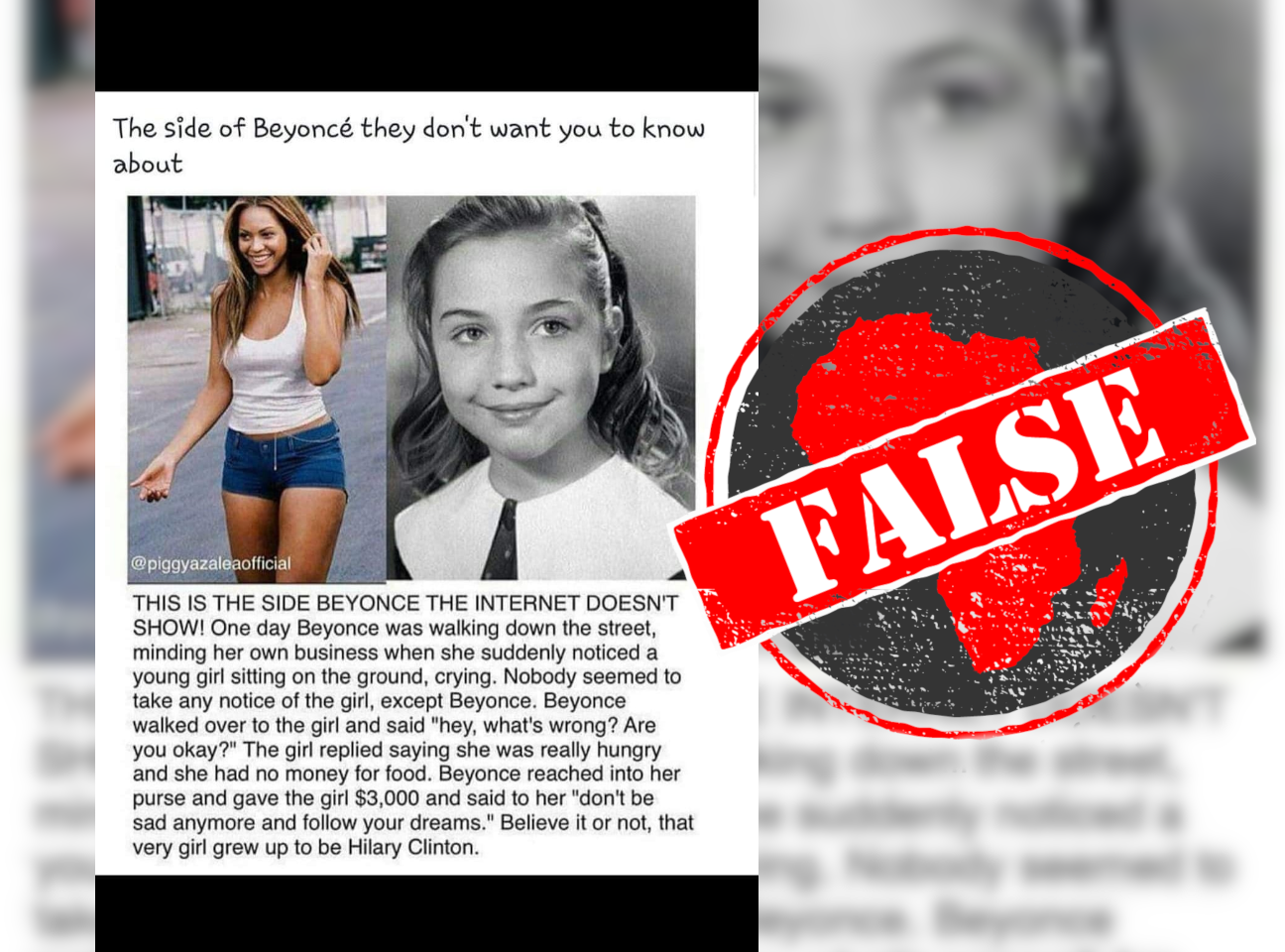 Beyoncé was born in September 1981. Clinton was born in October 1947. Clinton is 34 years older than the singer, and there is simply no truth to the outlandish story.

The multi-millionaire singer has made generous charitable donations in the past. She gave money to the Clinton campaign in 2015/16, when Clinton was running for US president against Donald Trump.