“Broke into Umzinto prison and released all prisoners … This country is in a state of emergency!!!” This is the caption of a dramatic video shared on Facebook and Instagram.

The video shows smoke billowing out of Umzinto prison, some 60 kilometers south of Durban in KwaZulu-Natal province in South Africa. A stampede of what appear to be prisoners is seen running out the building and a woman off-camera is heard screaming “they coming”.

Another Facebook post with the same video was tagged “#FreeJacobZuma #GautengShutdown #KZNshutdown”. These hashtags are linked to the widespread protests that broke out in South Africa after former president Jacob Zuma handed himself over on 8 July 2021 to serve a 15-month jail sentence.

Shops were looted, trucks were burnt, and property damaged. But was Umzinto prison broken into? Were all the prisoners released? We investigated. 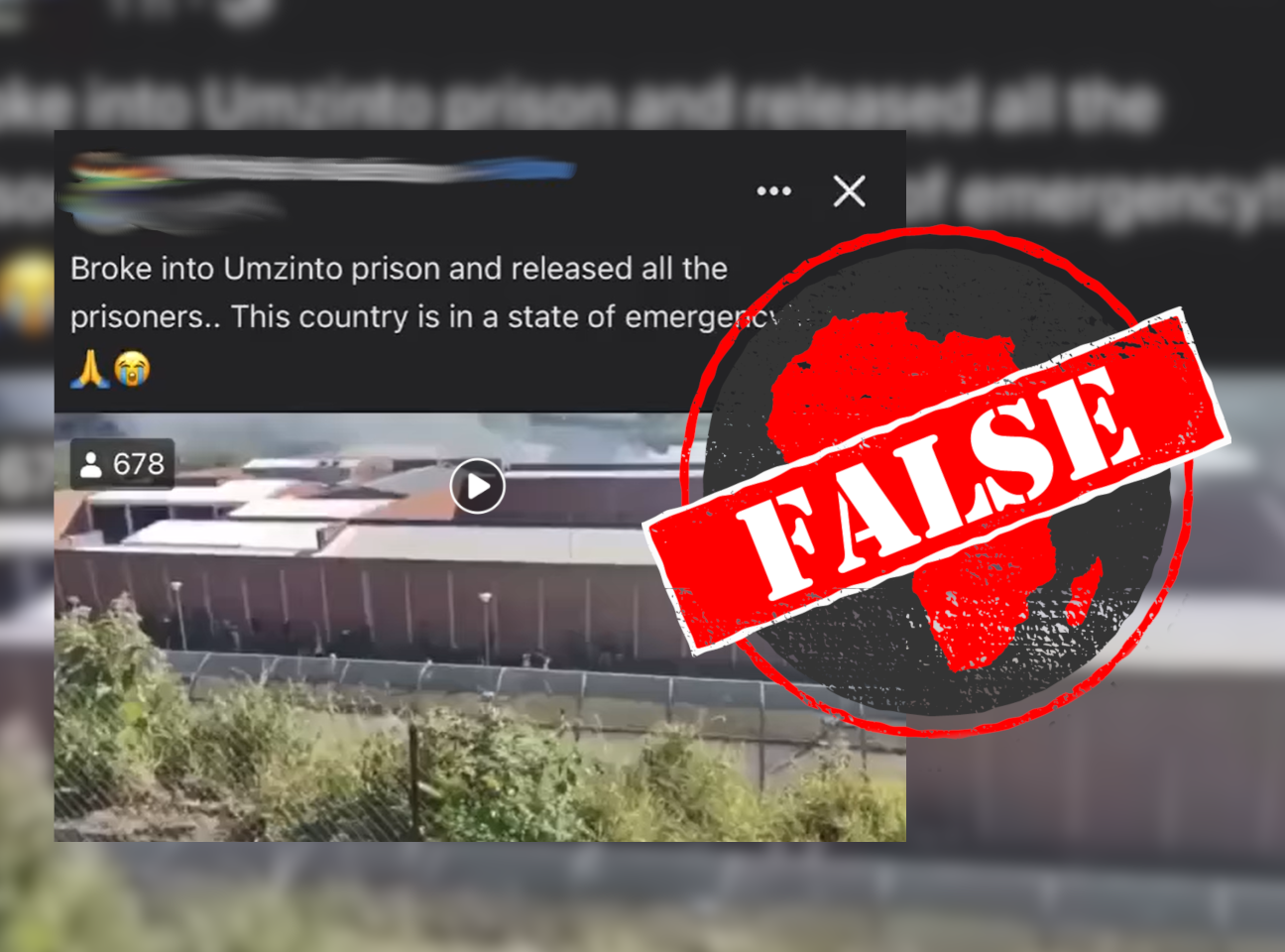 What happened at Umzinto prison?

We asked Department of Correctional Services spokesperson, Singabakho Nxumalo, if Umzinto prison had been broken into and all the prisoners released. He said: “This is a lie.”

According to a media alert issued by the department on 12 July, a fire had broken out at the prison but had been contained.

Nxumalo confirmed that no inmates had escaped. But he said “one inmate, from a group that had climbed to the roof in an attempt to escape, succumbed to his injuries after falling to the ground, and died”.

We asked Nxumalo if the fire at Umzinto prison was related to the current protests in South Africa.

“They are still busy doing an investigation. We don’t know as yet,” he said. “What we know is that those inmates were trying to escape."

No, Nigerian internet fraudster Hushpuppi didn’t pull off $400,000 scam while in custody