Did the British tabloid newspaper the Daily Mail publish a front-page story about online protests in Kenya?

An image circulated on WhatsApp and shared on Facebook appears to show the front page of the newspaper from 5 April 2021 with the headline “Ignorant Kenyans invade IMF page on Facebook”.

On 2 April, the International Monetary Fund, or IMF, announced it would lend US$2.34 billion to Kenya.  The country is expected to use the money in its response to the Covid-19 pandemic.

Kenyans have been increasingly concerned about the country’s debt and made their views known about the latest loan from the IMF on social media, using hashtags such as #StopLoaningKenya and #StopGivingKenyaLoans.

The intro to the article on the front page seems genuine, apparently written by “Angus McMartin”.

It reads: “This Easter weekend, IMF social media posts suffered an invasion by belligerent Kenyans intent on being heard. What started impulsively ballooned into a full-blown virtual ‘revolution’ at a time when Kenya’s capital Nairobi is in lockdown.”

The front page has been spread by individual users and posted on a Facebook page followed by over 65,000 users.

But did the online uproar in Kenya really make headlines in the UK? We checked. 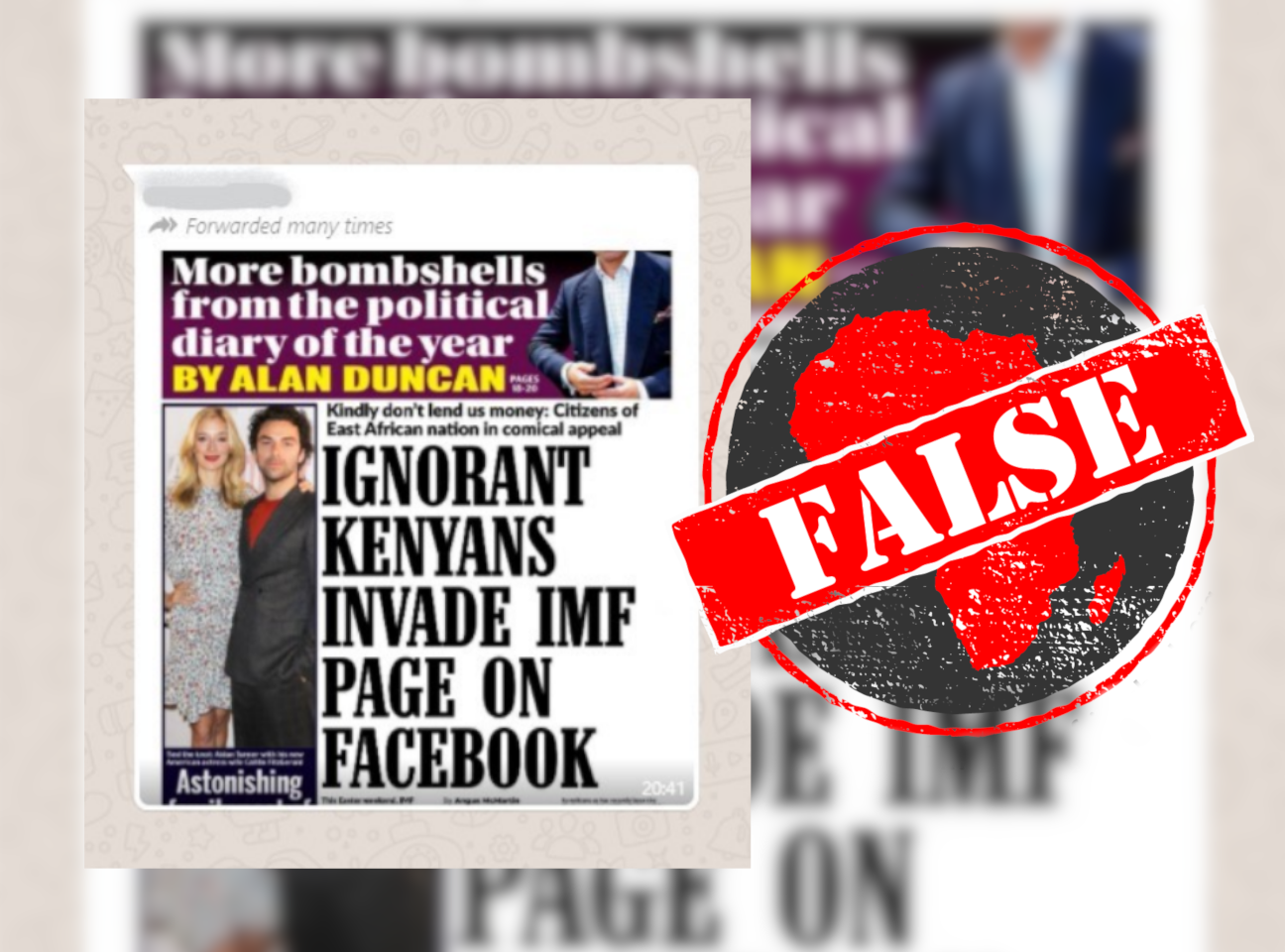 A reverse image search of the newspaper’s logo and one of the other headlines on the front page led us to the original front page from 5 April, published widely on Twitter.

The newspaper tweeted the front page a few minutes past midnight on 5 April and it also appeared on newspaper review pages and UK TV shows the same day.

The front page doesn’t mention Kenya or the IMF at all. Instead, the main  headline is about the British prime minister, Boris Johnson, urging everyone in the UK to take two Covid-19 tests each week.

An advanced Google search of the Daily Mail website also showed no trace of the name “Angus McMartin”, suggesting someone by that name is unlikely to write for the newspaper. We also found no trace of a journalist called Angus McMartin online.

The image circulating on Facebook of a Daily Mail front page has been digitally manipulated. The UK tabloid didn’t report on online protests in Kenya against the IMF.