Uganda’s Uganda’s Daily Monitor newspaper has reported that the Vatican has challenged the autopsy results of the late Ugandan archbishop Cyprian Lwanga.

The archbishop of Kampala was found dead in his room on 3 April 2021, Uganda media outlets reported.

Although local media reported that postmortem results showed he died from a heart disease, there has been speculation on the real cause of his death. Some social media users say they suspect there may be a political hand in it.

But did the Daily Monitor report that the Vatican had challenged the postmortem results, and wanted a review? We checked. 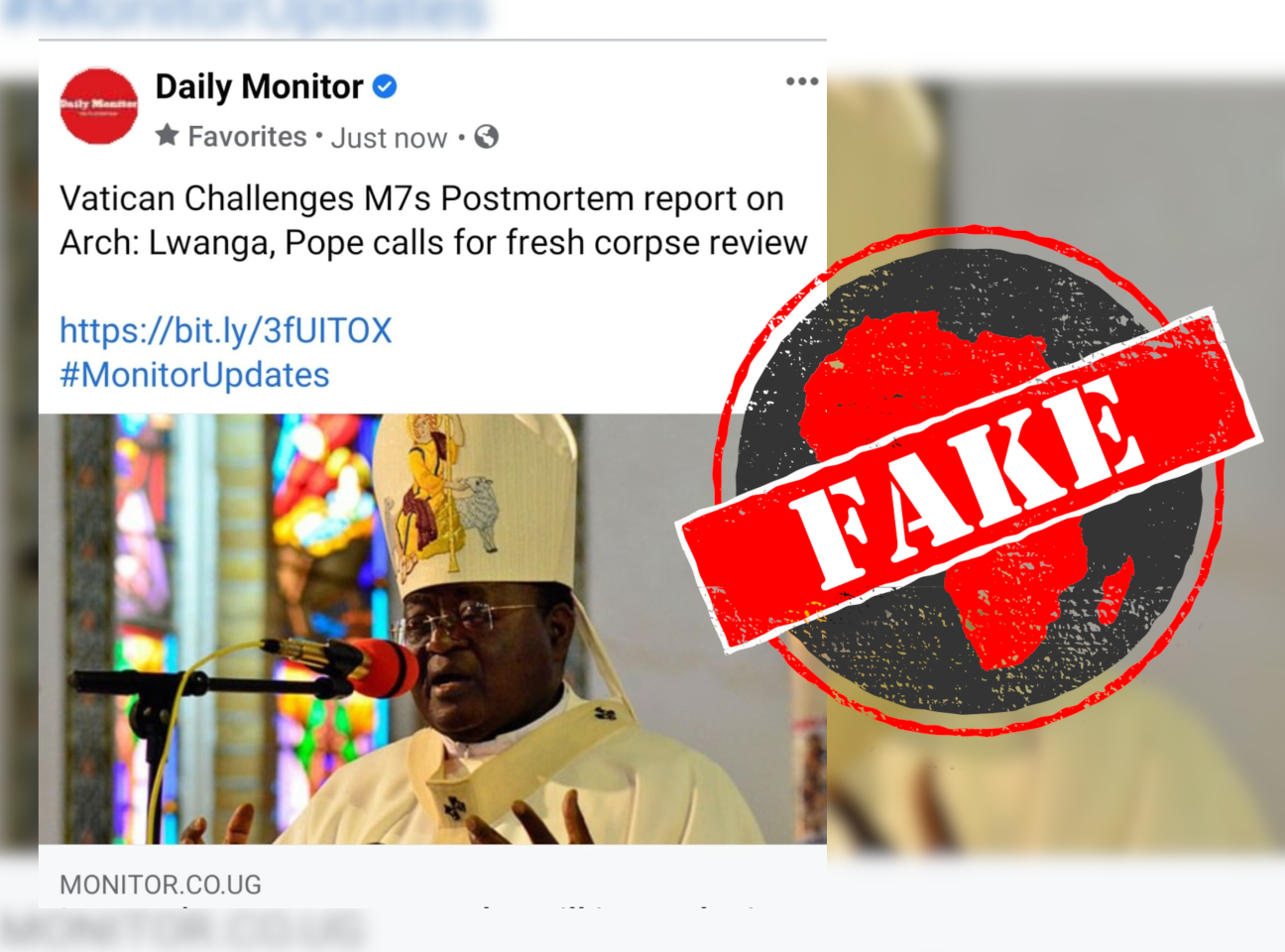 There have been no such reports by credible media outlets. And no such statement appears on the Vatican News platform or on Pope Francis’s official Twitter account.

Africa Check also looked through Daily Monitor’s Facebook posts since the archbishop’s death but found no evidence of such a post.

The link “https://bit.ly/3fUITOX”, which appears on the screenshot, points to a previous post by the newspaper leading to a story titled: “Lwanga’s postmortem results still inconclusive.”

The newspaper has termed the screenshot “fake news” and asked the public to disregard it.

“Please disregard this and treat it with the contempt it deserves,” it posted.