IN SHORT: Uganda has recently been gripped by an alleged plot to assassinate the speaker of parliament. But a national newspaper did not report that the president’s family was behind the plot – a screenshot alleging this is fake.

An alleged plot to assassinate Anita Among, the speaker of Uganda’s parliament, has gripped the country in recent weeks. But did Uganda’s Daily Monitor newspaper report that the first family had hired assassins to kill her?

Text below adds: “Fresh details have indicated that the assassins trailing the speaker of Parliament are deployed by members of the first family. It is said that her exiled bodyguard Aruho was aided to escape by the Deputy Speaker Thomas Tayebwa, a key ally to the first lady Janet Kataaha Museveni.”

Janet Museveni is the wife of Ugandan president Yoweri Museveni and the country’s minister of education and sports.

On 8 September Among told MPs that she had a report showing her vehicle was being trailed by suspected assassins.

The mysterious disappearance of her bodyguard, Aggrey Aruho, is also being investigated.

Aruho, a police superintendent, reportedly fled to the US, where he was said to be attending a meeting of the Uganda North American Association.

According to reports, some parliamentary staffers are being investigated for helping him get a US visa so he could leave the country without Among’s knowledge.

The speaker’s deputy, Thomas Tayebwa, has dismissed reports of a rift with Among, his boss.

Tayebwa has in the past also defended the first lady after she summoned Ugandan MPs to meet her outside parliament. The move did not sit well with the opposition, which said Janet Museveni should instead address MPs in parliament.

But did the Daily Monitor report that the first family has hired assassins to kill speaker Among? 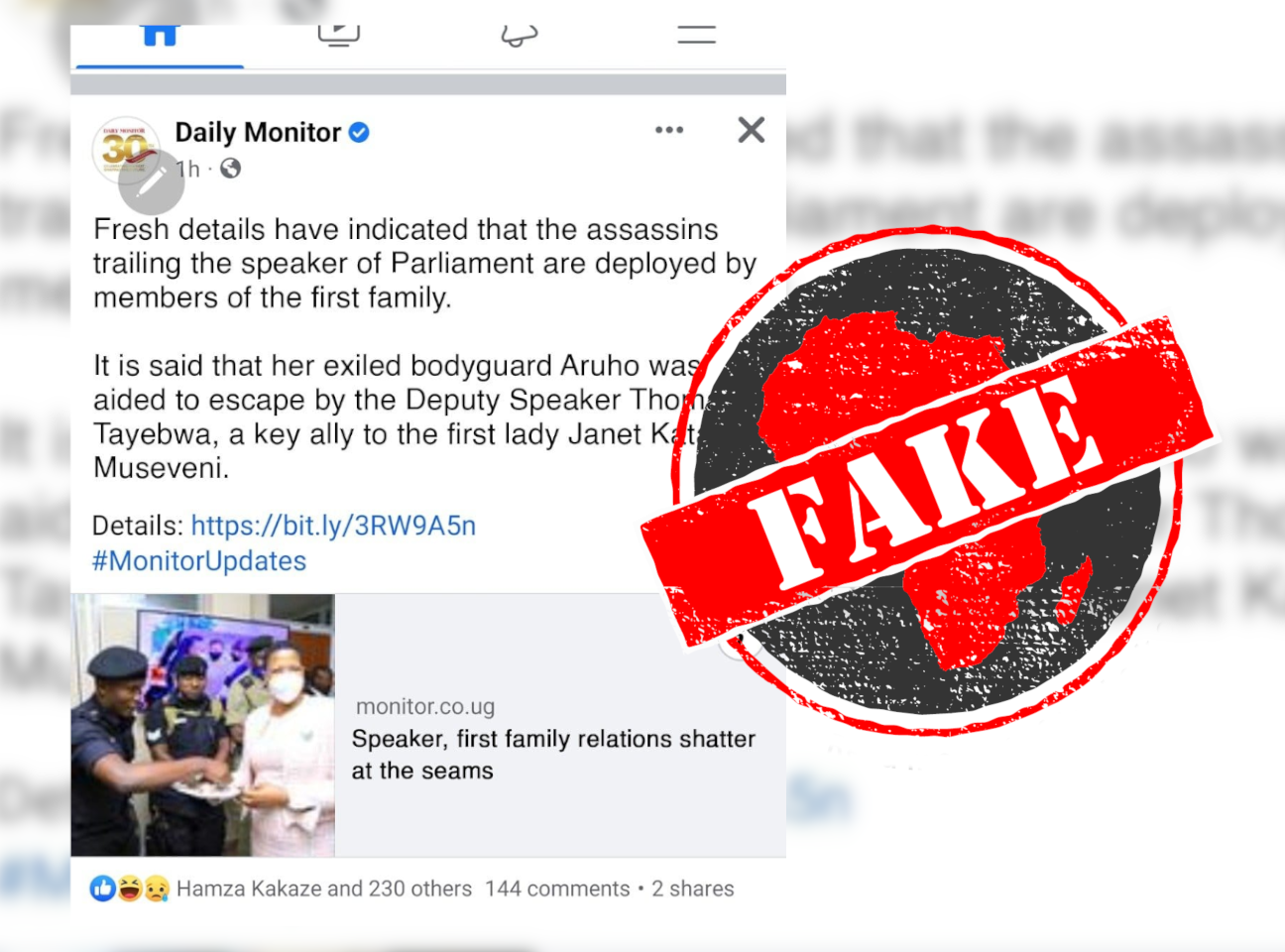 No such article published