IN SHORT: Kenya’s national public health insurance agency has more than 15 million main members. But a rumour that its database was deleted after a spat between its top brass is not true.

A Facebook rumour is that Kenya’s public National Hospital Insurance Fund (NHIF) database has been deleted.

The rumour surfaced on 17 September 2022, the day after an internal NHIF wrangle became public. Board chair Lewis Nguyai had accused chief executive Peter Kamunyo of cancelling, without proper procedure, contracts with healthcare providers.

The board agreed that Kamunyo had exceeded his powers.

And in August, it was reported that 660 private hospitals planned to do away with NHIF because of disputes about payment.

The deletion of the NHIF database would have wide consequences for healthcare in Kenya. The national insurer has more than 15 million main members, adults in a total population of around 53.8 million.

But is the rumour true? 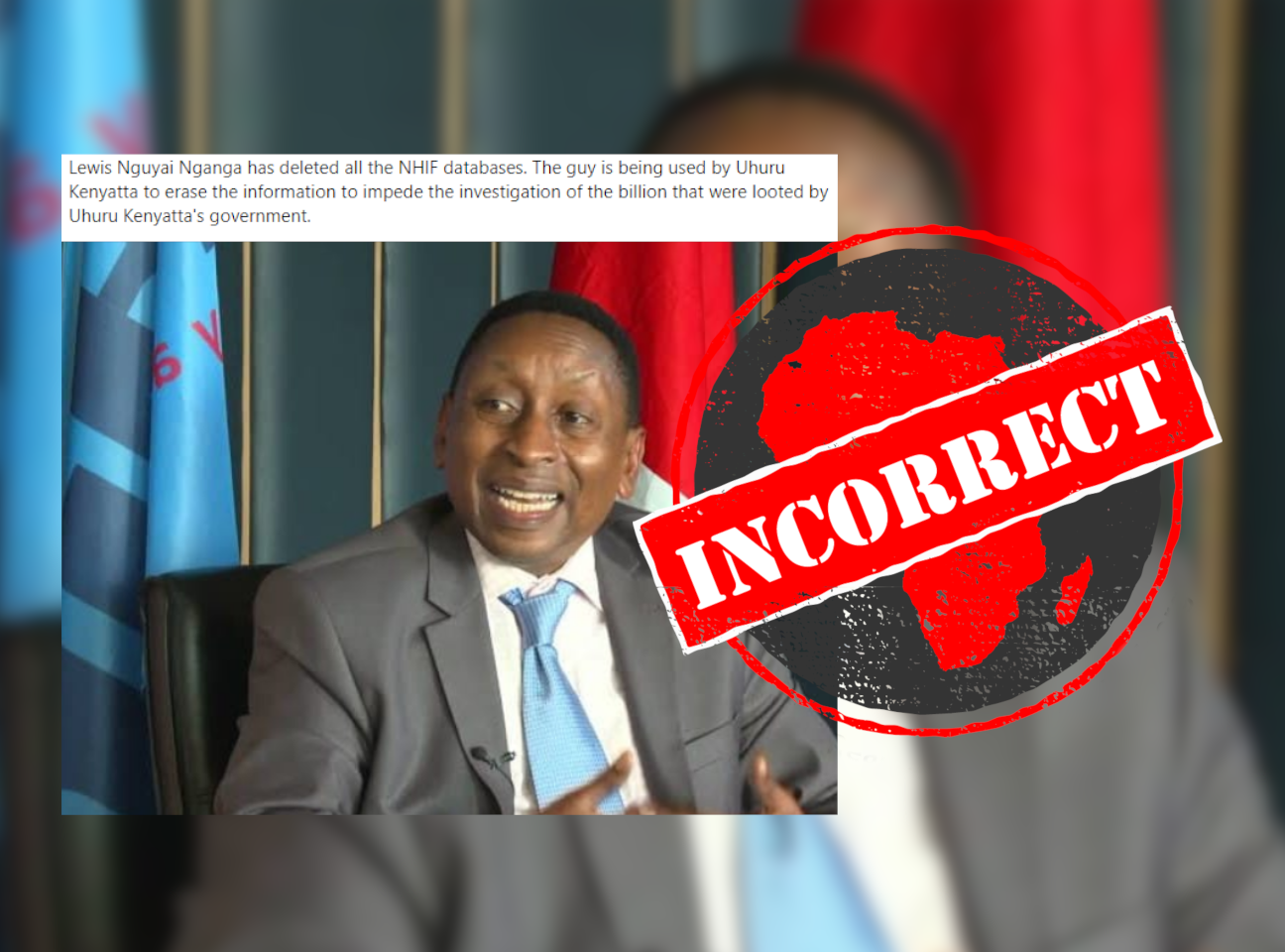 On 18 September, the NHIF posted a statement on its official Facebook page, dismissing the rumour.

“NHIF would like to categorically assure Kenyans that the database is intact and has not been tampered with in any way,” it reads.

The statement also asks members to examine the database and check the history of their contributions through its various self-care platforms.