On 12 October 2021 the International Court of Justice (ICJ), the United Nations’ highest court, delivered a ruling siding with Somalia in a long-running maritime border dispute with Kenya.

The two East Africa neighbours had for years tussled over who owned a 160,000 stretch of territory, possibly rich in oil and gas, off the Indian Ocean coastline.

Kenya immediately rejected the ruling, “in totality”. In a statement released the day after, the presidency said the court’s decision was “clearly erroneous” and “embodies a perpetuation of the ICJ’s jurisdictional overreach”.

But that day, a graphic with a photo of Kenyan deputy president William Ruto and a quote of him supposedly accepting the verdict started circulating widely on Facebook.

The quote reads: “We thank the ICJ for finally delivering Justice on the Kenya vs Somalia maritime case. I urge Kenyans to accept the Verdict of the court and move on for the sake of peace and good neighborliness.”

Did Kenya’s deputy president really say this, in contradiction of the presidency’s official stance? 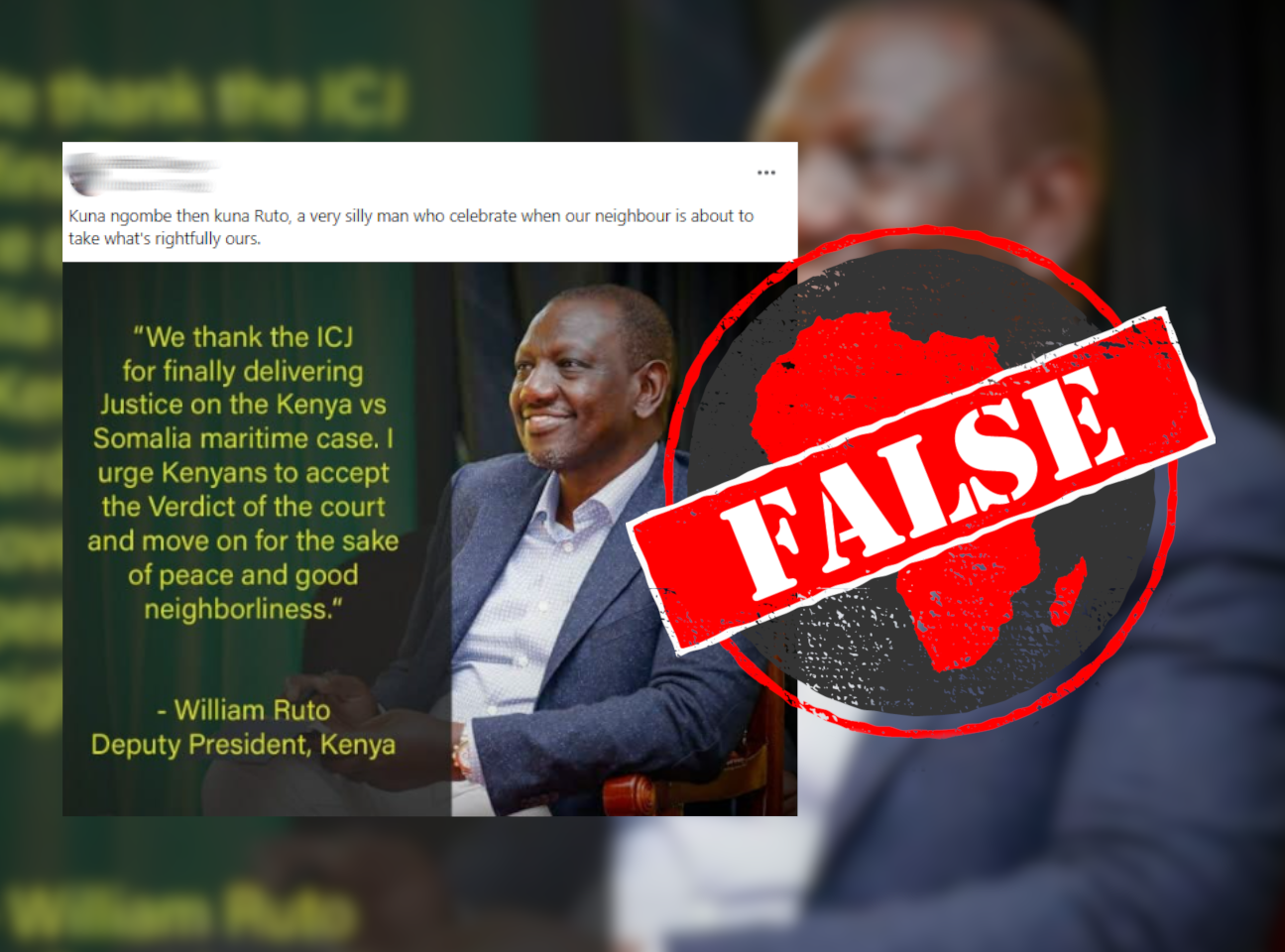 The graphic doesn’t give a source for the quote and doesn’t carry the logo of any media outlet.

Ruto usually communicates his ideas on his verified social media accounts: he has more than 1.8 million followers on Facebook, and 4.2 million on Twitter. But the quote could not be found on either account.

No media outlet has reported Ruto saying this, and there is no record of him making the comment in any media interview.

He is, after all, Kenya’s deputy president. If he had expressed such a controversial opinion on such an important regional issue it would have been aired across local and international media. This did not happen.

Africa Check searched for the quote on Google and came out empty. And a spokesperson for Ruto’s office told our colleagues at PesaCheck, a Kenyan fact-checking organisation, that any claim Ruto had said this was “nonsense”.