A video doing the rounds on WhatsApp and Facebook claims that US billionaire Elon Musk has expressed his support for Peter Obi’s presidential ambition.

Obi is the Labour Party’s candidate in the Nigerian elections slated for February 2023.

The 11-second clip appears to show Musk, who owns aerospace company SpaceX and electric car manufacturer Tesla, saying he will work with Obi.

“I am so delighted about the work of the Peter Obi campaign,” he seems to say. “Nigerians need to take their country back. He is someone I have great respect for and will be working with in the future by next year.”

Has Musk declared support for Obi? We checked. 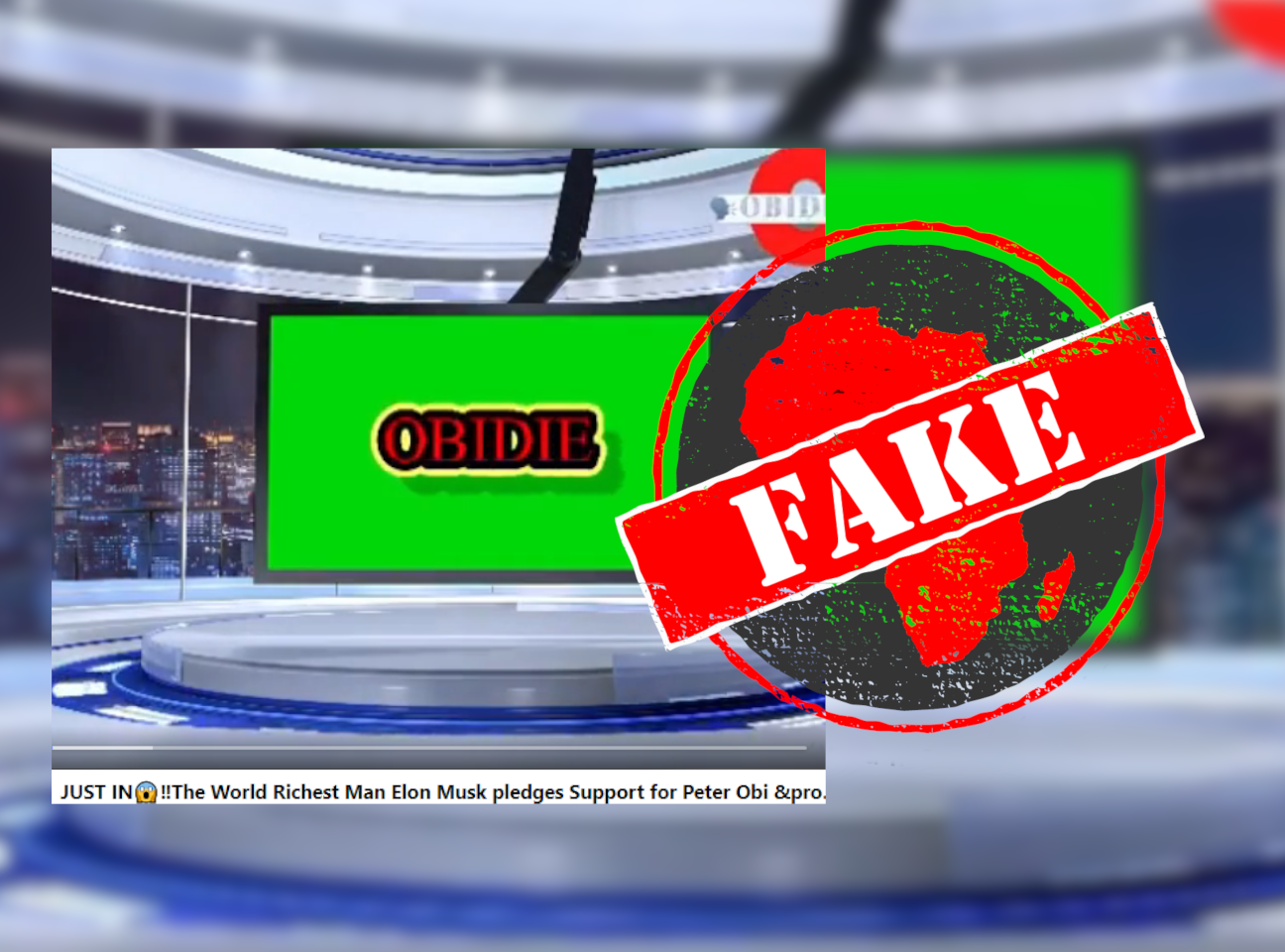 The top right corner of the video shows the URL of the website ElonTalks. A description on its home page reads: “Create videos of Elon Musk saying whatever you want using AI.” AI is short for artificial intelligence.

Templates available on the website’s homepage include a video showing Musk wearing the same jacket with a background similar to the one seen in the Facebook video.

The video is fake, created with AI. There’s no evidence Musk has endorsed Obi.