"Peter Obi is giving me worries, I can’t even campaign in south East again because he has taken over.” That’s a quote by Nigerian presidential candidate for the People’s Democratic Party (PDP), Atiku Abubakar, according to an 18 August 2022 Facebook post.

But is it true Abubakar said this? 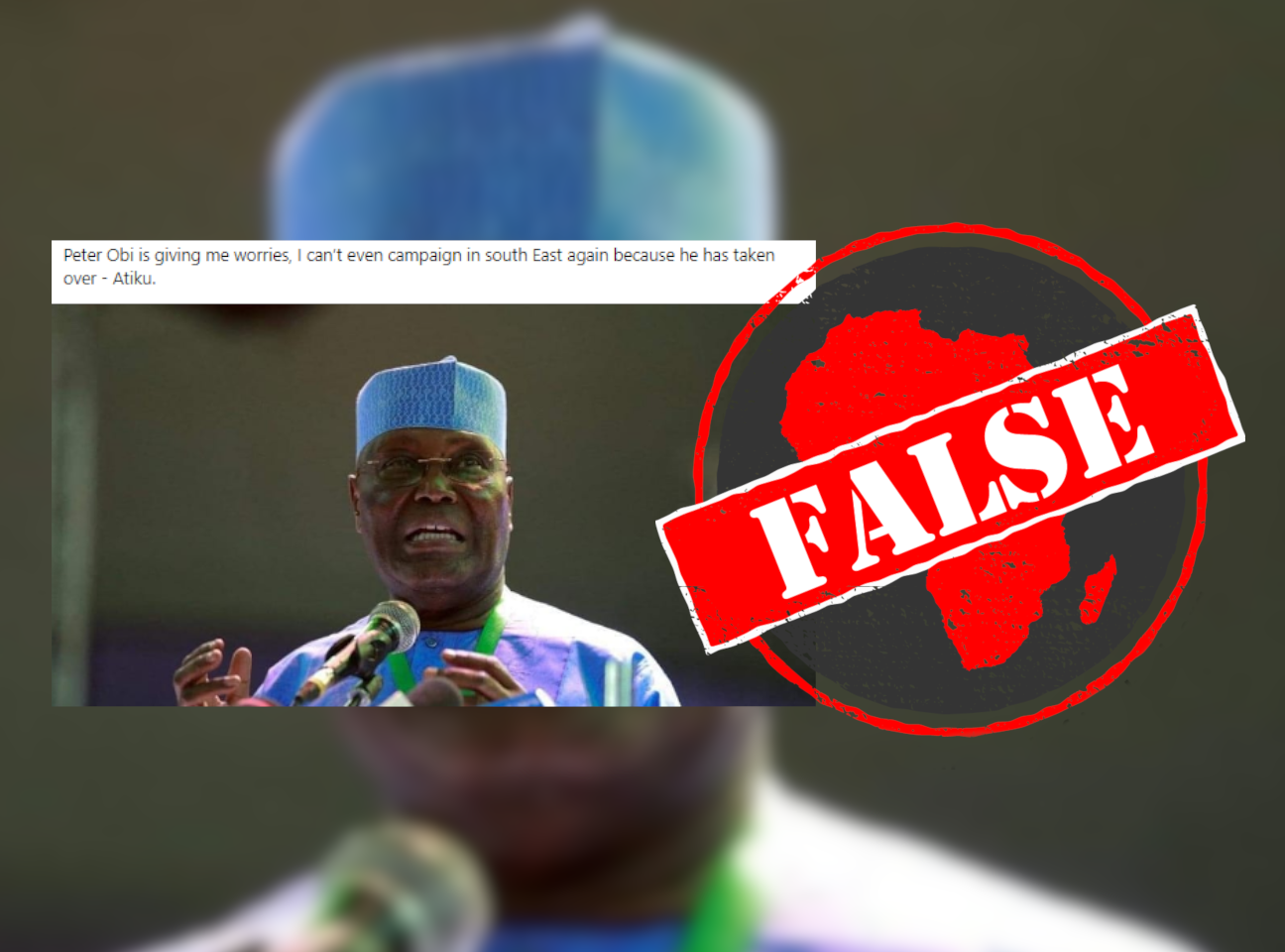 Peter Obi is a Nigerian politician and the presidential candidate for the Labour Party in the country’s forthcoming February 2023 elections. Obi was Abubakar’s running mate in the 2019 presidential election.

Abubakar was vice-president of Nigeria from 1999 to 2007, under president Olusegun Obasanjo.

None of the social media posts gave any details of where or when the PDP leader was meant to have made the comment.

A search through his verified Twitter handle and other social media platforms returned no evidence of the statement.

There were no reports of the statement in credible local news outlets, which would be expected if it were true.

We found no evidence that Abubakar said Obi was “giving him worries”.

On 22 August, they both attended the Nigerian Bar Association annual general conference in Lagos, Nigeria’s largest city, where they spoke on affairs concerning the country.

Furthermore, according to the timetable released by the Independent National Electoral Commission, official presidential campaigning in Nigeria only starts  28 September 2022.