“You won't achieve any greatness by fighting those who stood with you when no one was ready to even encourage you,” reads a quote circulating on Facebook, credited to former US president Barack Obama.

The rest of the quote reads: “The best happiness is seeing those who stood with you succeeding through the same process you succeed! I AM the most happy man in USA seeing my deputy Biden as the president of America!”

It is labeled as something Obama said to “Uhuru”, Kenya’s current president Uhuru Kenyatta, but is shared with a photo of Obama shaking hands with Kenyatta’s deputy, William Ruto.

The posts come at a time when Kenyatta and Ruto have had public spats after allegedly falling out. Ruto allies have accused Kenyatta of sidelining the deputy president on government matters.

But has the former US president made any comment to Kenyatta on the subject? We checked. 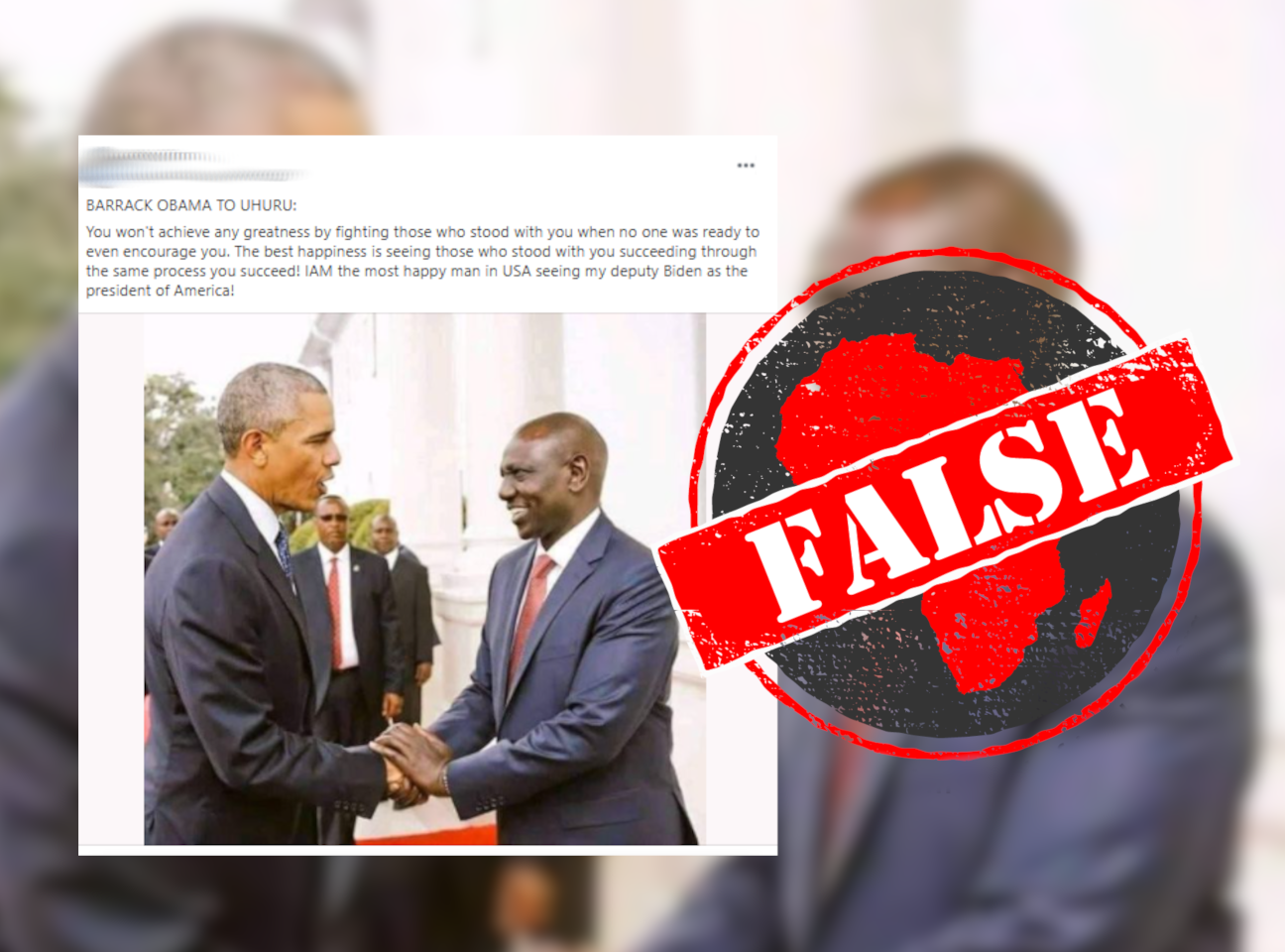 No trace of conversation

A Google search for the quote does not lead to any authoritative results, only similar posts on Facebook. None of these indicate when or where Obama is meant to have said this, or where the quote was originally published.

The non-standard language in the quote, such as the phrase “the best happiness”, is also suspicious, particularly for a president known as a skilled writer.

It also refers to Joe Biden as “president of America” rather than the United States, something Obama is very unlikely to have said.

Any statement like this by Obama would have been widely reported by the media, but there’s no trace of it in the Kenyan or international press. It’s also not recorded on Obama's Facebook or Twitter accounts.

All evidence points to the quote being made up.